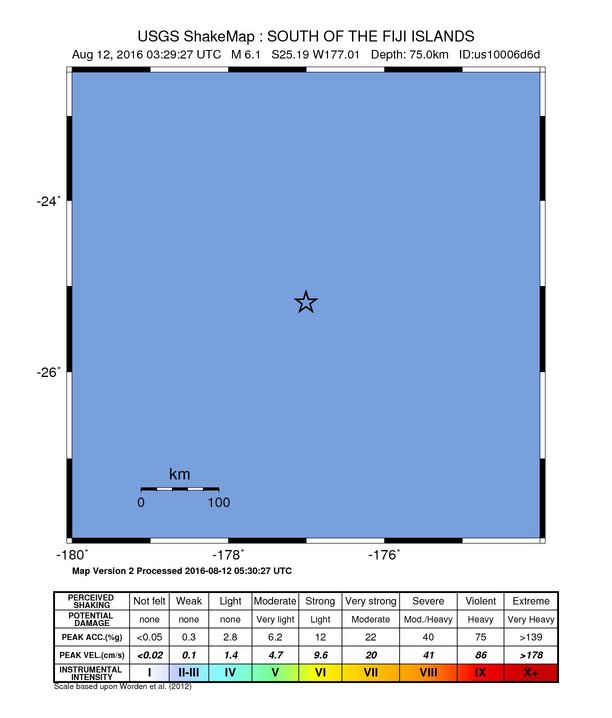 After a M7.2 earthquake that hit southeast of New Caledonia at 01:24 UTC, this is the second M6+ earthquake of the day.