NASA's Solar Probe Plus mission has moved one step closer to its launch, scheduled for summer 2018, after passing a design review. After the successful review, the mission will transition to final assembly and implementation. It is the first mission into the upper atmosphere of our Sun, where it will study the mechanisms responsible for heating the corona and accelerating the solar wind.

The Solar Probe Plus is the first mission expected to fly into the Sun's upper atmosphere and touch the star. The goal of the mission is to study the streams of charged particles that Sun hurls into space from the inside of the Sun's corona, where the processes of heating the outer atmosphere and producing solar wind take place, determine the structure and dynamics of the magnetic fields at the sources of solar winds, and explore dusty plasma near the Sun and its impact on the solar wind and energetic particle formation.

At its closest approach, the probe is expected to fly past the Sun at 201.2 km/s (125 mps). A carbon-composite heat shield, protecting the probe, will be designed to withstand temperatures up to 1 371 °C (2 500 °F), intense radiation outbursts and energized dust, at levels unexperienced by any spacecraft before. 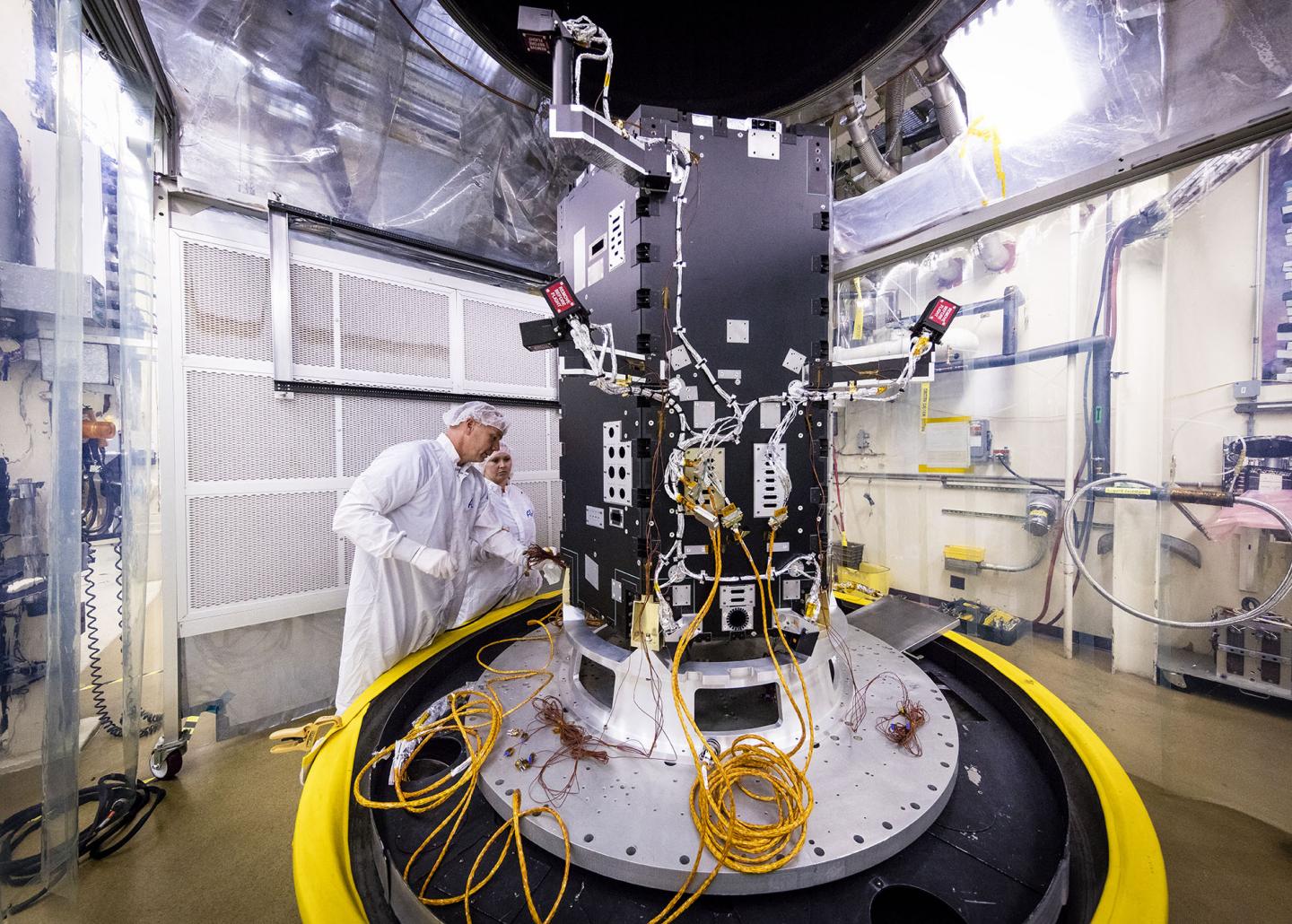 The spacecraft is scheduled to launch during a 20-day window, opening on July 31, 2018. The compact-designed, solar-powered probe is expected to weigh 612.3 kg (1 350 pounds). Its solar shield will be designed from a carbon-carbon foam, 2.4 m (8 feet) in diameter and 11.4 cm (4.5 inches) thick. The solar arrays will retract and extend following the spacecraft swings toward or away from the Sun, during the loops around the inner solar system. At the closest approach, the spacecraft has to be capable of withstanding solar intensity over 500 times stronger than those experienced by spacecraft orbiting Earth.

The probe will utilize seven Venus flybys over the last years to gradually shrink the orbit around the Sun, approaching to 5.9 million km (3.7 million miles) of the Sun, within the Mercury's orbit and about 8 times closer than any spacecraft has previously approached.

The spacecraft is currently composed of the primary structure and propulsion system. Over the next phase of the mission, engineers at the Johns Hopkins Applied Physics Laboratory in Laurel, Maryland will finish assembly and install the rest of the spacecraft systems and science instruments.

The Solar Probe Plus will combine the in-place and remote measurements to fulfill its scientific goals, to gain insight into the processes of the fundamental importance in the interconnected system of the Sun and near-Earth space, a system that impacts changes in the space weather, and directly influences our satellites.

The Solar Probe Plus is part of NASA's Living With a Star program, an initiative focused on aspects of the sun-Earth system that directly affect human lives and society.

Featured image: Artist rendering of Solar Probe Plus, solar panels folded into the shadows of its protective shield, as it gathers data on its approach to the Sun. Credit: NASA/JHUAPL