Scientists have discovered a rare huge sinkhole in south China's Guangxi Zhuang Autonomous Region. The discovery was made during an eight-day expedition by scientists from France and China that began on February 26.

Although such sinkholes, also known as dolines, have already been found in China, it is rare to find one of this size.

While sinkholes found in Guangxi are normally around 250 meters (820 feet) deep, the newly discovered hole stretches 16.5 km (10.25 miles) long and is 420 meters (1 377 feet) deep. It has waterfalls, lakes, rivers, unique geological formations and a broad range of different sized stalagmites.

The expedition explored 12 sinkholes Donglan County, Guangxi and discovered a variety of species, including bats, snakes, and some invertebrates that have not been able to be identified yet. 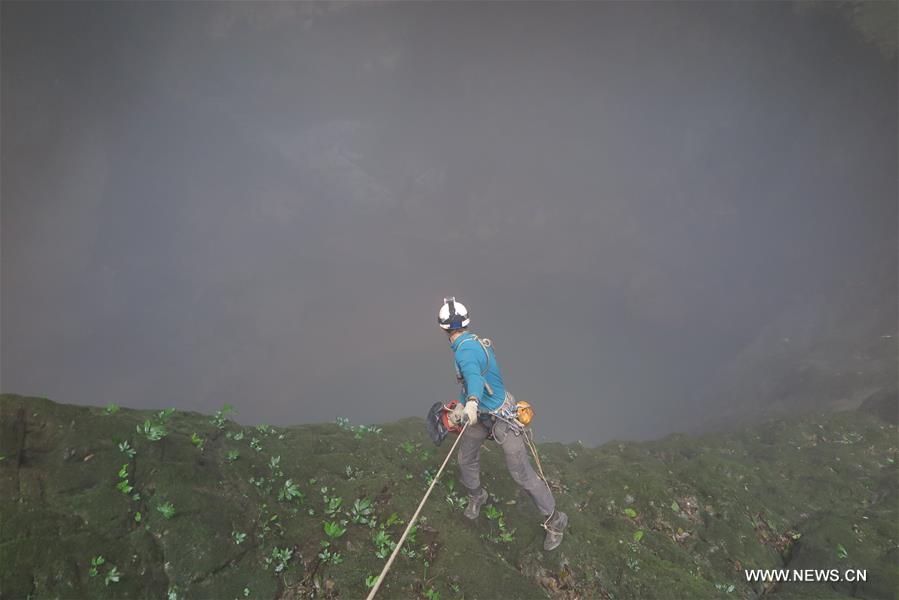 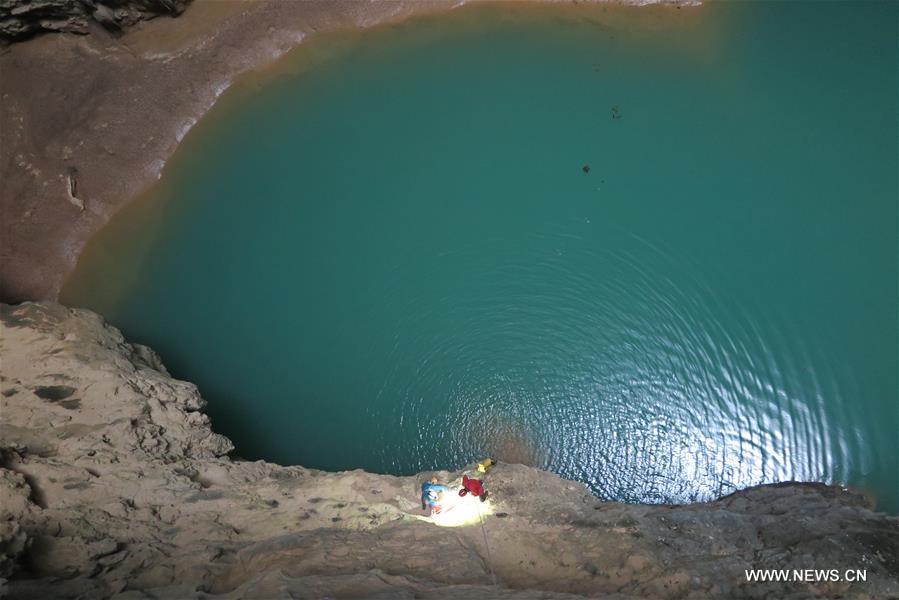