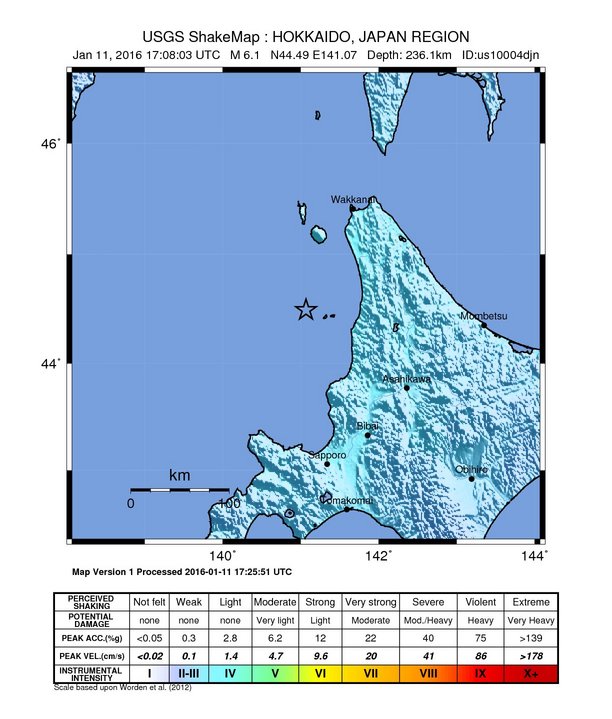 After a very strong and shallow earthquake registered by Geoscience Australia as M6.8 (off the coast of Talaud Islands, Indonesia at 16:38 UTC), this is the second M6+ earthquake of the day.