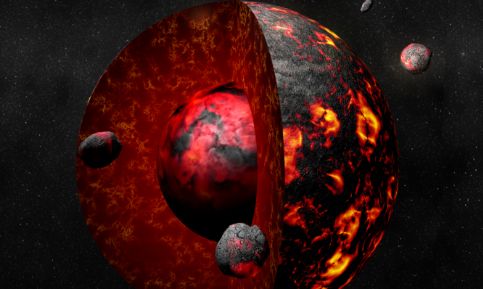 An international team of scientists has concluded the oxygen is more abundant in the core of the Earth than previously thought, by considering the combined geophysical and geochemical signatures of the planet. Results were published in the online September 21 – 25, 2015 edition of the Proceedings of the National Academy of Sciences.

Based on this discovery, the team has concluded Earth's accreted material must be more abundant in oxygen than its present day mantle, similar to the accreted material found in planetesimals such as asteroids. Planetesimals are space objects composed of dust, rock and other material. Their size varies between several meters to hundreds of kilometers. 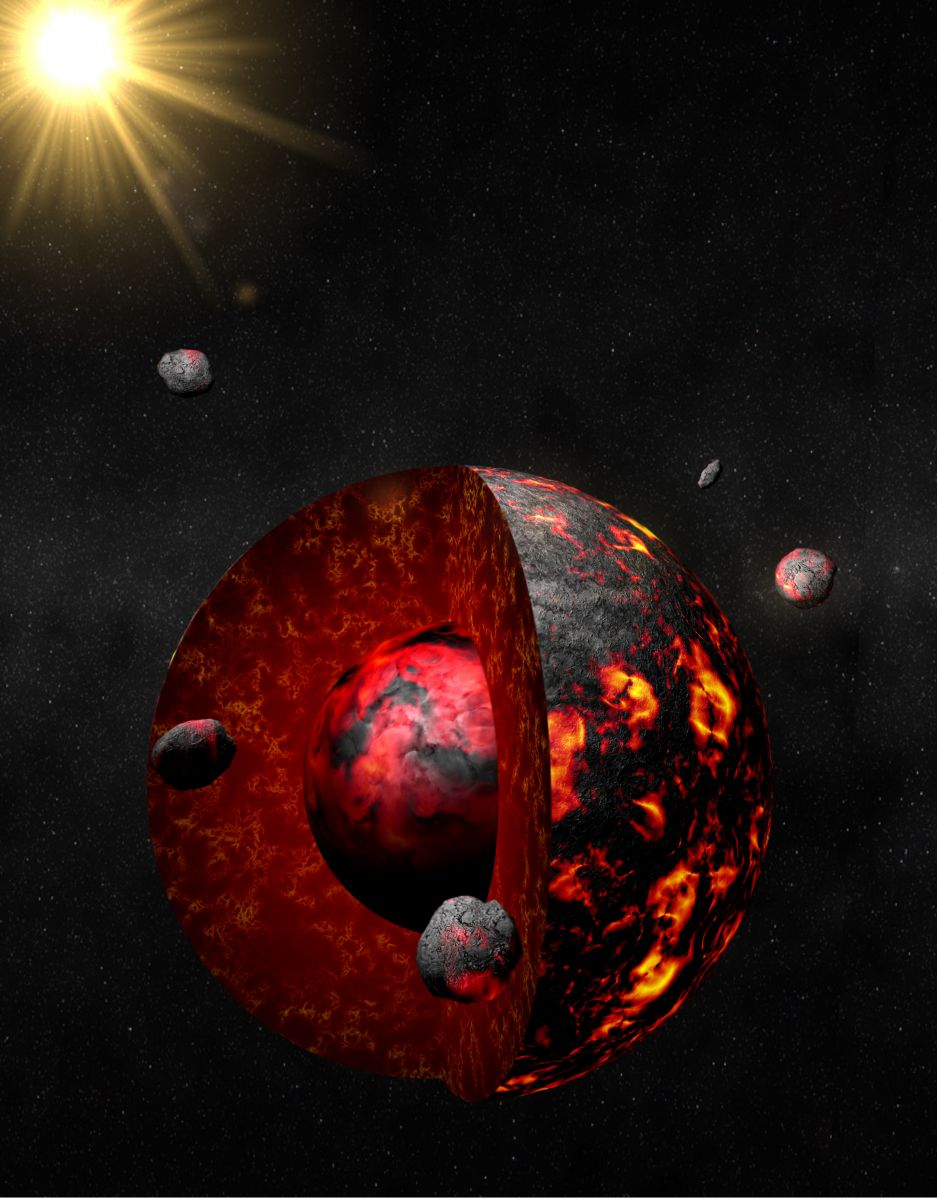 This new results possibly provides a deeper insight into how the Earth originally formed in the first place. According to known facts, our planet formed about 4.56 billion years ago in the process of accretion of planetary embryos and planetoid bodies that lasted for about several tens of millions of years.

By combining the signatures and using the knowledge of experimental petrology, geochemistry, mineral physics and seismology, researchers found the Earth's core has been formed in a hot, up to 1 800 km (1 118 miles) deep, liquid magma ocean, in conditions much richer with oxygen than present-day Earth.

“This new model is at odds with the current belief that core formation occurred under reduction conditions. Instead we found that Earth’s magma ocean started out oxidized and has become reduced through time by oxygen incorporation into the core,” Ryerson said.

The scientists have concluded the oxygen concentration in the core is higher, and the concentration of silicon lower than previously thought.