The quake measured a lower 5 (of 7) on Japan's earthquake intensity scale in southern Ibaraki prefecture, northeast of Tokyo. It set off alarms and halted the Tokyo's subway system. Narita International Airport temporarily closed its two runways following the quake.

According to NHK, there was no danger of a tsunami, no initial reports of any damage and no reports of irregularities at the Tokaimura nuclear plant in southern Ibaraki. 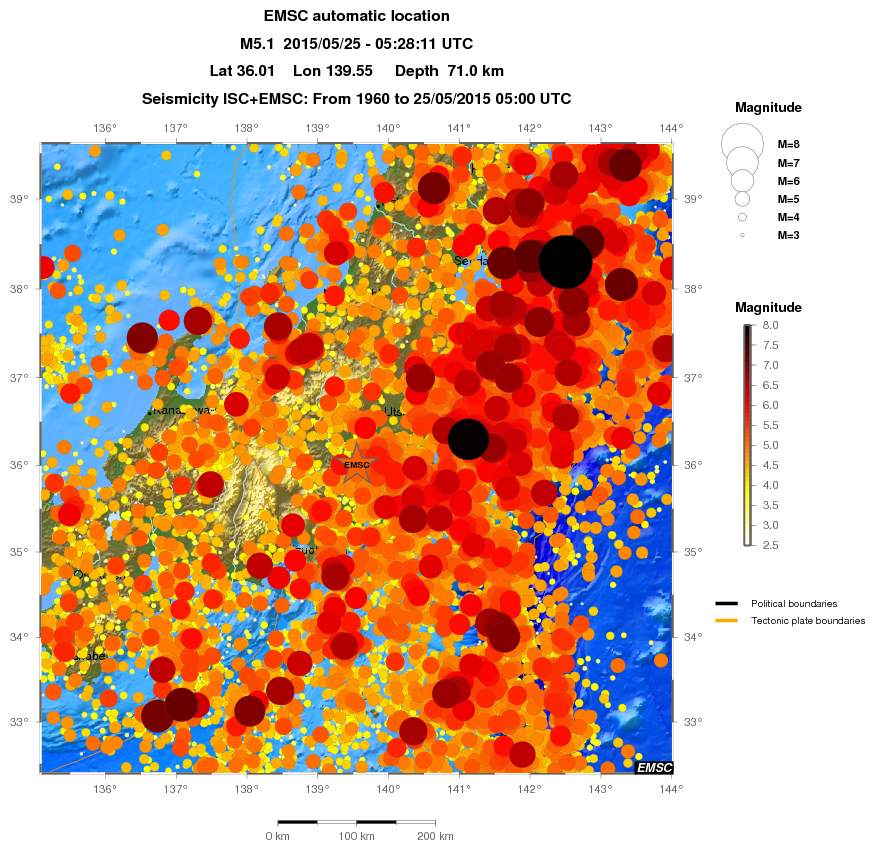