Researchers led by the University of Southampton have compiled a new database of coastal flooding in the UK over the last 100 years, which they hope will provide crucial information to help prevent future flooding events.

The new database is available as web application called 'SurgeWatch' and it contains information about 96 large storms taken from tide gauge records, which record sea levels back to 1915. It shows the highest sea levels the storms produced and a description of the coastal flooding that occurred during each event.

SurgeWatch is free and accessible to a range of users, including scientists, coastal engineers, managers and planners. The team aim to expand and update the database and are appealing for the help of the general public.

The database, which is described in the journal Scientific Data, has been produced by a team of researchers, led by the University of Southampton and including scientists from the National Oceanography Centre and the British Oceanographic Data Centre.

Lead author Dr Ivan Haigh, Lecturer in Coastal Oceanography at the University of Southampton, says: "The winter of 2013/14 saw some of the UK's most extreme sea levels, waves and coastal flooding for several decades. During this period storms repeatedly subjected large areas of our coast to enormous stress and damage, reminding us of the real and ever-present risks and challenges facing coastal communities today."

This new database allows us to improve our understanding of the statistics of extreme sea levels around the UK. Coastal flooding remains a threat to life and to economic and environmental assets. Even if there is no future change in European storminess, the slow rise in mean sea level will increase the number of times that defence thresholds are exceeded.

This database is a useful tool for coastal engineers and planners who are concerned with changes to extreme sea levels.

Prompted by people asking "Just how unusual was the 2013/14 season?" the researchers spent over 18 months compiling records of high sea level events and coastal flooding going back 100 years. Using meteorological data, they were able to identify the large storms that produced these high sea levels, investigate the weather conditions and track of each storm. They then spent many thousands of hours reading old reports, books, news articles, blogs and websites, to estimate the extent and scale of the coastal flooding. 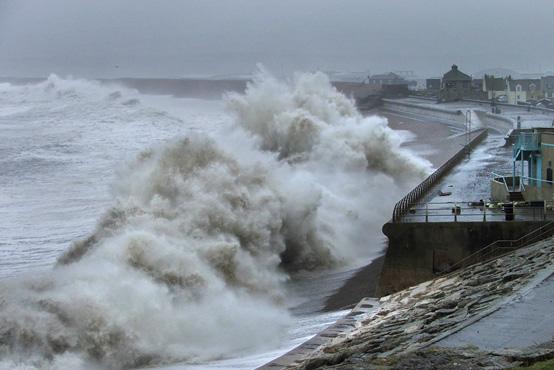 Waves batter the coast at Chesil Beach during the storm of February 4 – 6, 2015. Image credit: Tim Poate and Gerd Masselink.

"Was the 2013/14 season unusual? Yes, very much so. Seven out of the 96 events in the 100-year database occurred during the 2013-14 storm surge season. Two of the events (December 5 and 6, 2013 and January 3, 2014) are ranked in the top ten, in terms of height of sea levels. Both of these events also rank highly in terms of spatial footprints, i.e. they impacted very large stretches of the UK coast," Elizabeth Bradshaw, data scientist at the British Oceanographic Data Centre said. 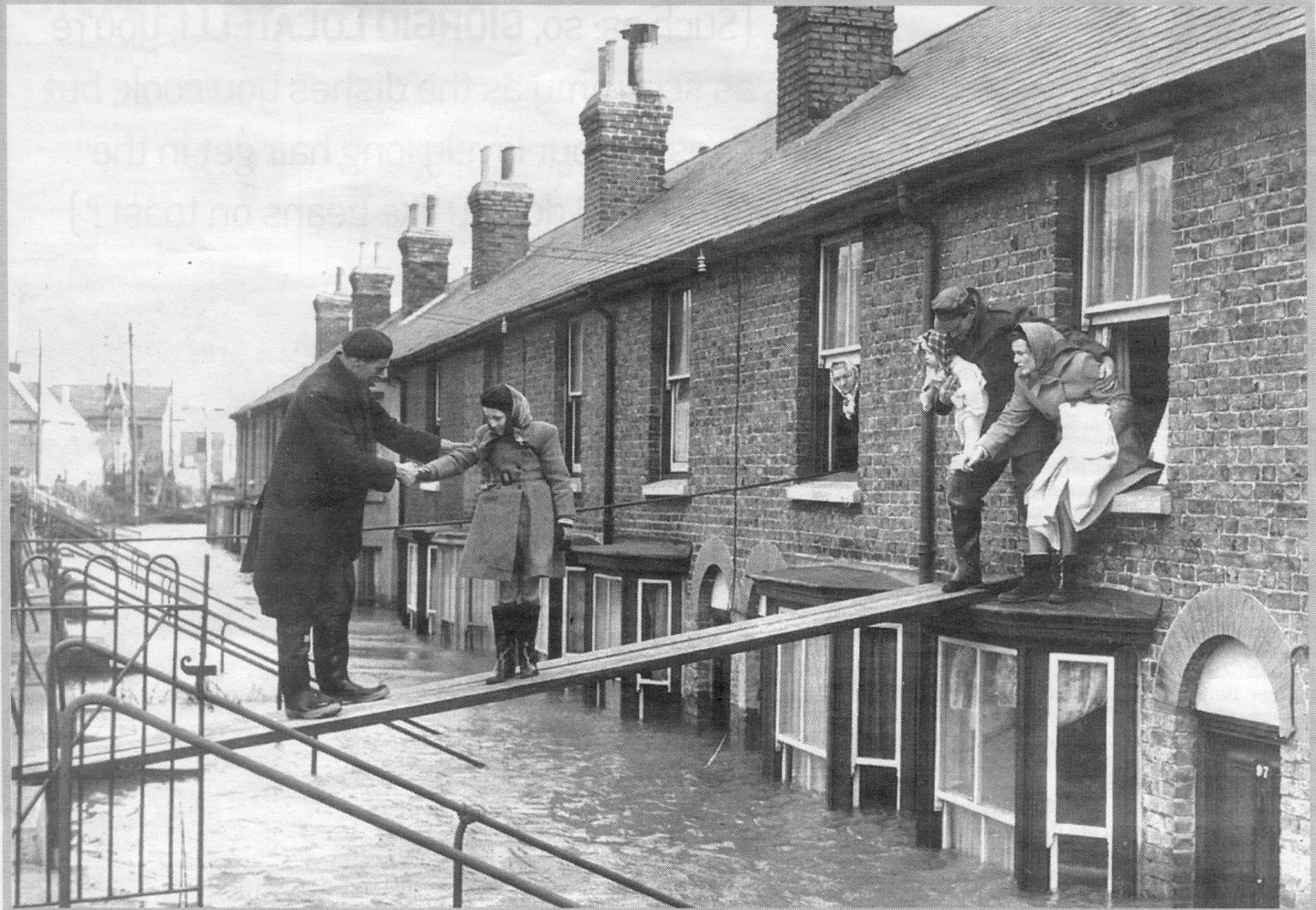 A family being evacuated in Whitstable, Kent, during the 'Great Storm' of 1953. These floods killed 307 people in eastern England and were the catalyst for the construction of the Thames Barrier. Image credit: Canterbury City Council 2015.

"The fact that the damage was so limited during the December 2013 and January 2014 storms, compared to the tragedy of January 1953, during which 307 people were killed along the UK's North Sea coast, is thanks to significant government investment in coastal defences, flood forecasting and sea level monitoring. It is therefore vital we continue to invest in defences, forecasting and monitoring and continue to update this new database," Robert Nicholls, Professor of Coastal Engineering at the University of Southampton said.

Featured image: Waves batter the coast at Chesil Beach during the storm of February 4 – 6, 2015. Credit: Tim Poate and Gerd Masselink.