A strong and shallow earthquake M6.1 was registered off the coast of Haida Gwaii (Queen Charlotte Islands), Canada at 13:56 UTC on April 24, 2015. USGS is reporting depth of 10 km (6.2 miles). EarthquakesCanada is also reporting M6.1.

A tsunami is not expected to be generated by this earthquake.

EarthquakesCanada said the quake was felt on Haida Gwaii and the BC north coast, but there are no reports of damage. 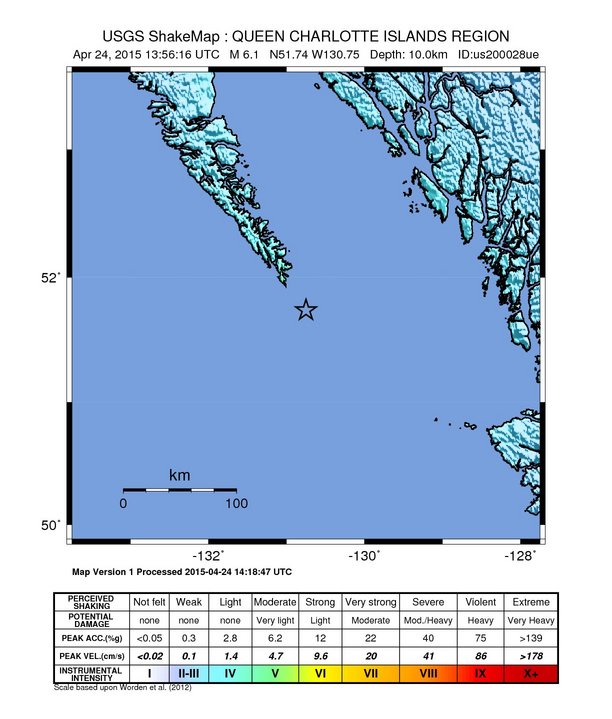