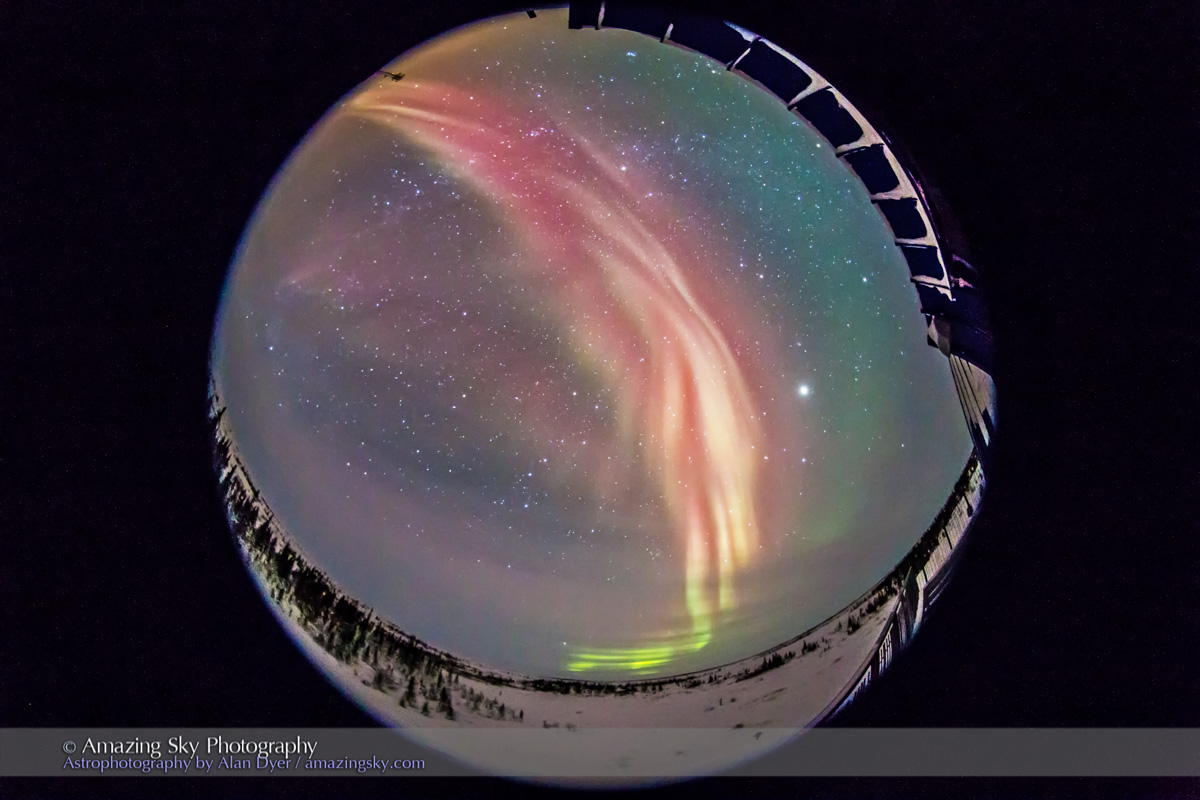 "The curtains appeared mainly red at the start," Dyer writes. "Then the green auroral curtains seen here off in the distance in the northeast, moved from east to west, from the horizon here to overhead over the next few minutes. The aurora then took on the more normal appearance with green curtains topped by fringes of red. Jupiter is at right."

Red auroras occur some 300 to 500 km above Earth's surface, much higher than ordinary green auroras and are not fully understood. Some researchers believe the red lights are linked to low energy electrons from the Sun, which move too slowly to penetrate deeply into the atmosphere. When such electrons recombine with oxygen ions in the upper atmosphere, red photons are emitted. At present, space weather forecasters cannot predict when this will occur, SpaceWeather said.

The geomagnetic field was quiet on February 14, SWPC reported. By the latter half of February 15, a solar sector boundary crossing followed by a trans-equatorial, negative polarity coronal hole high speed stream (CH HSS) was expected to become geoeffective.