USGS issued green alert level for shaking-related fatalities. Yellow alert was issued for economic losses. Some damage is possible and the impact should be relatively localized. Estimated economic losses are less than 1% of GDP of Japan. Past events with this alert level have required a local or regional level response

The Nagano prefecture authority has reported that the Kashiwazaki-Kariwa nuclear power plant sustained NO damage but has been shut down as a precautionary measure.

Multiple landslides have been notices. One of these landslides is blocking the Shirasawa tunnel who links Nagano with Hakuba

16:12 UTC: As we are after midnight in Japan, rescue operations take more time. In some parts of the epicenter area the power is down. There are also reports of broken water pipes, a ruptured fuel tank leaking 1000 liter of oil. Collapsed walls etc. It will take at least 5 to 6 hours (early morning) before we will get a good picture of the damage.

16:23 UTC: The damage looks rather limited if we take the strong Magnitude into consideration. One of the main reasons is the earthquake type. Based on the USGS beach-ball below we are looking at a thrust focal mechanism (2 plates pushing towards each other. The resulting movements are far less dangerous than transform earthquakes (the type which hit China today). An additional reason to have weaken the shaking is the location it occurred, the rocky Japanese Alps. This kind of underground does not transmit the earthquake waves like it would be the case in for example a sediment valley. 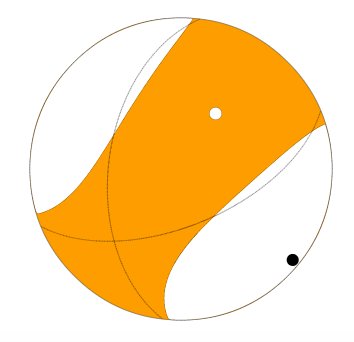 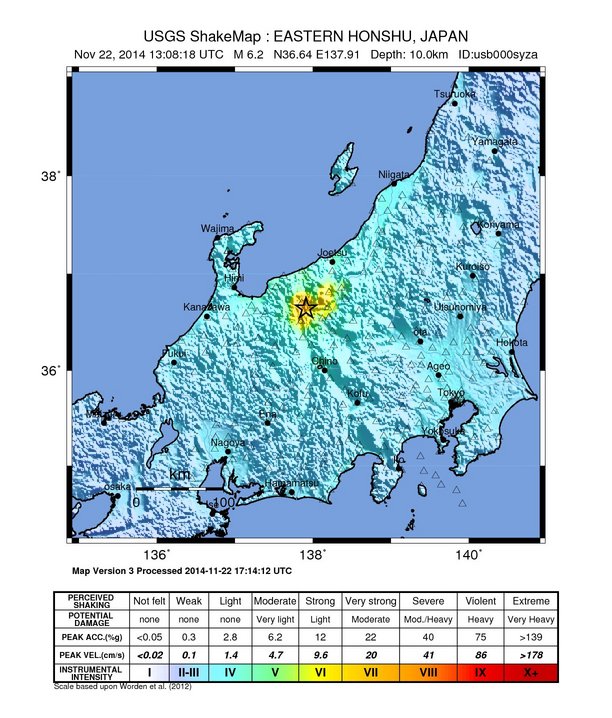 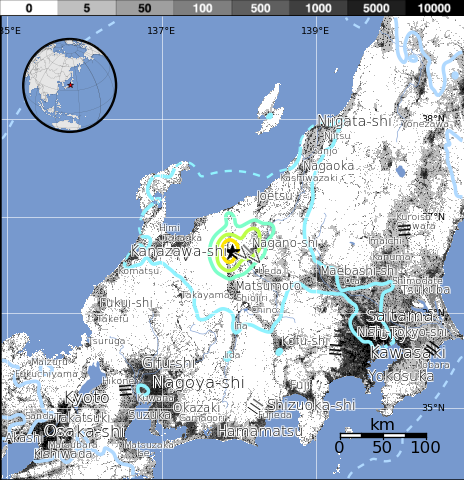 from GeoNames Database of Cities with 1 000 or more residents