The Prefecture of Catania and INGV Sezione di Catania proclaimed Mt. Etna a “forbidden volcano” on April 5, 2013. After explosive eruptions and lava fountains officials have decided to take strict regulations in order to protect people from volcanic hazards that Etna is now capable of producing. Authorities defined four volcanic hazard and alert levels . Zone of high volcanic risk is defined as Yellow zone and it includes the wider summit area – area above the service track including the summit crater, the area of Torre del Filosofo, the area near the Volcanological Observatory of Pizzi Deneri and the portion of the escarpment below the Southeast Crater until the Monti Centenari in the Valle del Bove. 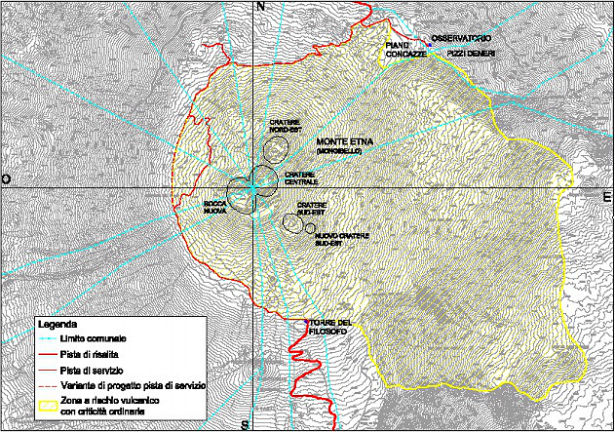 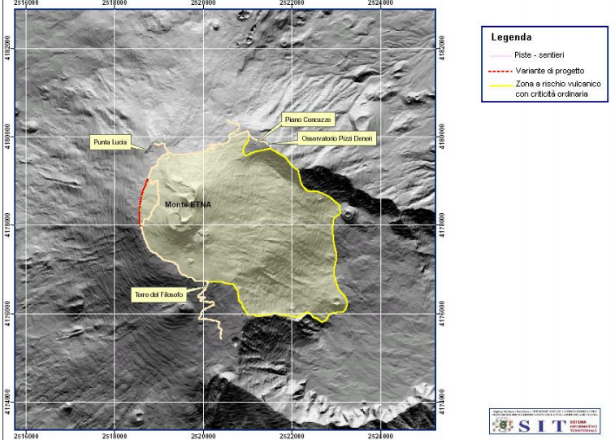 This are four alert levels for volcanic activity at Mt. Etna:

2. Normal (“Criticità Ordinaria”) – alert level: NORMAL:
Small occasional explosions with pyroclastic products launched only to the immediate vicinity of the vents, degassing and steaming from the summit craters and other vents

4. High (“Criticità Moderata”) – alert level: ALARM:
A strong eruptive phase characterized by lava effusion, intense explosive activity with the launch of pyroclastic products to a considerable distance from the vent, lava fountains, pyroclastic flows, ash emissions with the formation of dense and sustained plumes, formation or propagation of fractures, landslides

Etna’s New SE Crater produced a new paroxysm on April 3, 2013, the loudest eruptions in years. This was 34th paroxysm since the start of eruption at 2011 and 9th paroxysm in 2013. The eruption was followed by loud explosions and lava fountains that rose hundreds of meters above the cone. Flashing arcs were seen through the vapor plume of the old Southeast Crater cone at the time of strongest explosions. (see photos at EtnaWalk gallery) Bellow are few excellent videos showing eruption on April 3, 2013.

Etna is the largest and tallest volcano of Europe, and one of the most active volcanoes on the Earth. Etna has one of the world’s longest documented records of historical volcanism, dating back to 1500 BC. Historical lava flows of basaltic composition cover much of the surface of Etna volcano, whose edifice is the highest and most voluminous in Italy. The most prominent morphological feature of Etna is the Valle del Bove, a 5 x 10 km horseshoe-shaped caldera open to the east. Two styles of eruptive activity typically occur at Etna. Persistent explosive eruptions, sometimes with minor lava emissions, take place from one or more of the three prominent summit craters, the Central Crater, NE Crater, and SE Crater (the latter formed in 1978). Flank vents, typically with higher effusion rates, are less frequently active and originate from fissures that open progressively downward from near the summit (usually accompanied by strombolian eruptions at the upper end). Cinder cones are commonly constructed over the vents of lower-flank lava flows. Lava flows extend to the foot of the volcano on all sides and have reached the sea over a broad area on the SE flank. (Global Volcanism Program) 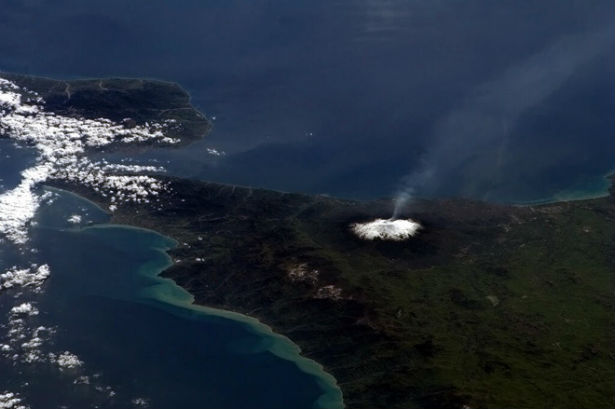 The geological history of Etna

The eruptions of Etna

Eruptions of Etna: impact on the territory

The explosive eruptions of Etna