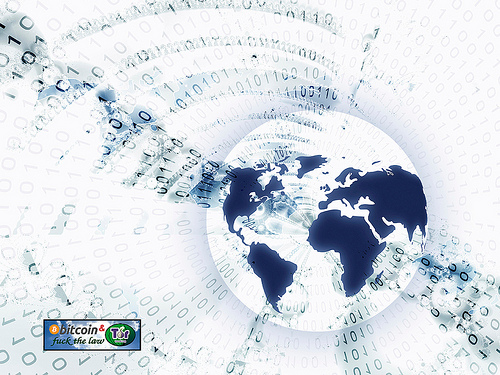 Within just a few short years, Bitcoin is a currency to be reckoned with. Already its value has topped $1 billion with greater gains predicted for the future. As a revolutionary and independent virtual currency, many are flocking to bitcoin in an attempt to avoid seizure of bank funds and plummeting economies tied to central banks. What’s more, a wide range of opportunities to use Bitcoin are becoming more commonplace as this innovative and safe currency grows in popularity.

For those unfamiliar with the currency and the advantages it holds, RT: Question More provides a succinct overview:

“Bitcoin is an experimental, decentralized digital currency first introduced in 2009, which allows instant payments to anyone, anywhere in the world. Bitcoins do not physically exist and are not issued by a central bank.”

The news agency also reports that, “Already bigger than many sovereign currencies, Bitcoin has broken the $1 billion in value mark this week

Mike Adams, editor of Natural News, observes that Bitcoin is “revolutionary” in that “all transactions are (virtually) free, and Bitcoin money can be freely sent or received globally, from any country, with no regulations or restrictions.”

Anonymity is maintained through Bitcoin e-wallets which incorporate unique ID numbers for each client.

For those who aren’t willing to wait around for an economic collapse or to have their bank accounts looted, Bitcoin is an attractive option. Scores of people are developing creative ways to acquire and use the currency. Canadian Taylor More is just one example. His two-bedroom bungalow in Alberta is listed for sale in exchange for Bitcoins — 5,362 to be exact.

Likewise, the NaturalNews Store has announced the acceptance of Bitcoin for everything it offers including superfoods, nutritional supplements, heirloom organic garden seeds, salt lamps and much more. Additionally, online businesses often welcome the virtual currency for their wares or services. Clothing, domain hosting, electronics, sporting goods, home accessories along with hotel rooms and taxis are some of the options available for Bitcoin use.

More believes Bitcoin is the best defense against failing economic structures. “Because it has no central authority no one can freeze accounts. So people are seeing the beauty of it, especially considering what is going on in Cyprus with everyone’s bank accounts being frozen. This is a way to keep your savings safe,” he reasons in the article, Canadian house first on sale for Bitcoin currency.

In view of Bitcoin’s phenomenal success over such a brief period of time, many are convinced that new markets to use the currency will continue to rapidly develop. Rick Falkvinge, founder of the Swedish Pirate Party, “estimated that Bitcoin could capture between 1 and 10 percent of the global foreign exchange market, ” as stated in Challenging the dollar: Bitcoin total tops $1 billion. “This implies that the price of each and every Bitcoin would rise to between $100,000 and $1 million,” according to Max Keiser, host of RT news Keiser Report.

About the author:
Carolanne enthusiastically believes if we want to see change in the world, we need to be the change. As a nutritionist, natural foods chef and wellness coach, Carolanne has encouraged others to embrace a healthy lifestyle of organic living, gratefulness and joyful orientation for over 13 years. Through her website www.Thrive-Living.net she looks forward to connecting with other like-minded people who share a similar vision.