Russian explorers dove to the bottom of a remote Labynkyr Lake in the Yakutia region of Siberia, at the coldest time of the year. Outside temperature reached minus 45 degrees Celsius (minus 49 Fahrenheit). The Russian research team — which included divers from the Russian Emergencies Ministry, camera people from the Sakha National Broadcasting Company and scientists from Yakutsk State University — was exploring the lake bottom to gather samples of water, plants and animals. (Watch video)

“A world record has been established. For the first time in history, a human being has carried out a dive in the toughest place on earth at the coldest time of the year,” the local Yakutia authorities said in a statement.

The lake is in the region of the Oimyakon village in Yakutia, which is the coldest inhabited place on earth and where temperatures have been known to exceed minus 70 C. The team had gathered unique material about climactic systems in the permafrost region.

The remote lake is shrouded in mystery largely because of reports of the “Russian Loch Ness” monster-like creature, allegedly witnessed by Soviet-era expedition which claimed to have seen a mysterious animal that some believed to be a relic of the dinosaur era.

There are theories that Labynkyr – which has unusual cracks on its 60 to 80 metre deep floor  – is connected by underwater channels to another lake, Vorota, where monster sightings have also been recorded, including by respected Soviet geologist Viktor Tverdokhlebov, an academician not given to hyperbole.

Accounts of strange creatures in the lake have been passed down from generation to generation. And locals are telling the stories of mysterious waves and lifts up of fishing boats. 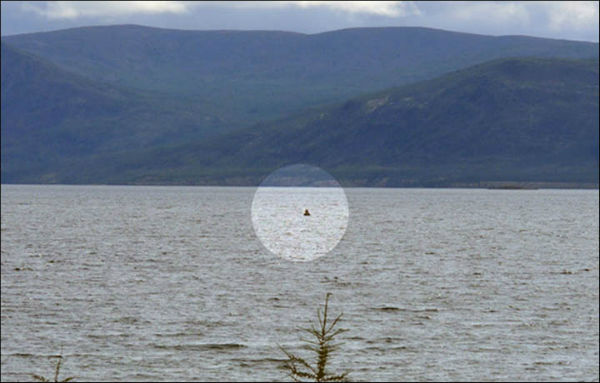 In a book Trip to the Cold Pole by Gennady Borodulin there is a tale from Labynkyr in the 1920s.

“An Evenk family of nomads followed their reindeer and reached the shore of Lake Labynkyr. They decided to stay overnight on the shore. A five-year old child went to the bank of a stream which led into the lake while adults were busy. Suddenly the adults heard the boy screaming.

The father and grandfather rushed to the bank. They stopped on the edge of water and saw the child being carried away by an unknown animal to the centre of the lake. It was a dark creature, with a mouth looking like bird’s beak. It held the child and moved away with quick rushes, then it dived leaving huge waves and dragged the child under the water.

The granddad swore to revenge the ‘devil. He took a sack made of animal skin, stuffed it with reindeer fur, rags, dry grass and pine trees needles, put a smouldering piece of wood inside. He attached the sack to a huge stone on shore with a rope and then threw the sack far into the waters of the lake.

At night there was noise and splashes and terrible screams of the ‘devil’.  In the morning the waves brought the huge dead animal, about seven meters long with a huge jaw, almost one-third size of the body, and relatively small legs and fins.

The old man cut the animal’s stomach, took out the body of his grandson, and buried him on the bank of the stream. Since then this stream is called ‘The Stream of a Child’. 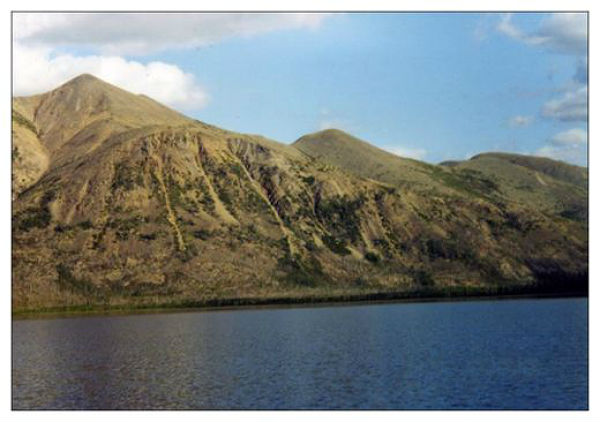 Freshwater Labynkyr, some 5,000 km east of Moscow, is mysterious for another reason, too. Located nearly 60 kilometres from the coldest inhabited place on Earth – Oymyakon, the lake does not freeze over completely in winter like all lakes in the region. Never. It maintains a near-constant surface temperature of 2 degrees Celsius.

It also has no plant life. There are 13 fish species in the lake.  They eat one another (but not all of them), however, some would need plants for food, yet these appear to be absent.

Another interesting thing is that distances are hard to measure there.

‘Probably it is diffraction of light but still – I mean when you are sailing in a boat and you clearly see the shore is quite far away, in a minute you all over a sudden get there and hit the ground…. One shore is just drift sands. One of the islands on the lake sometimes is not visible, like a mirage in the desert, it comes and goes. Lyudmila Emelyanova, Moscow State University Associate Professor of Biogeography

According to one theory  – Labynkyr, where much of the rock is volcanic, is warmed slightly from below by a fissure in the Earth’s crust.

In Soviet times and before, the lake was almost inaccessible. Today that is changing. Travel companies in Yakutsk, capital of Yakutia or the Sakha Republic, are already offering private trips to visit the lake, enabling people to carry out their own monster hunts.

Only a fully fledged scientific mission can hope to answer whether the Labynkyr Monster is myth or reality.