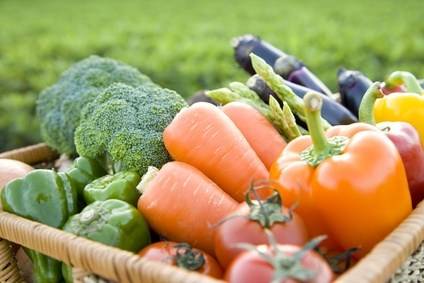 In the wake of the release of the infamous “Stanford study,” which claims there is no substantial difference between organic food and conventional food, many with a deeper understanding of how organic food production works are speaking out against this ill-conceived attack on clean food. One such individual, Sarvadaman Patel, an organic farmer from India, says converting to organic was the best decision he ever made, and that organic food production can actually help save the world from the devastating effects of climate change.

President of the Organic Farming Association of India (OFAI), Patel denounces the notion that organic food is basically the same as conventional food. And he would know, having grown conventional produce for much of his life before witnessing how it slowly destroys the environment, animals, and even human beings. And contrary to popular belief, converting to organic has actually saved Patel from having to use as many valuable resources, including water, which he no longer has to apply in the same high quantities.

“The biggest advantage that organic food has over conventional food is cited by Stanford scientists themselves — lack of pesticides,” Patel is quoted as saying to the Times of India (ToI), noting that when he used to grow conventional produce, his cattle and farm hands became very sick from pesticide exposure. Patel also says pesticide-exposed produce is rushed very quickly to market in India, which means consumers there are being exposed to very high levels of chemical residue.

After switching to organic production methods; however, Patel noticed that there was no longer any risk of chemical exposure because he was no longer using any chemicals. And in the process, Patel came to realize that he only needed to use about 60 percent of the water he was using before on his conventional crops to grow his organic crops. In every respect, converting to organic growing methods revolutionized Patel’s experience as a farmer, and changed the way he views food production.

“Organic (farming) could help save the world from global warming,” said Patel to ToI. “It saves 40 percent of water used in conventional farming and uses non-conventional energy sources. In summers, I don’t need to irrigate my farms for almost 30-35 days.”

Since Patel no longer applies petroleum-derived fertilizers and growing chemicals to his crops, he is also avoiding excessive pollution runoff, which contributes significantly to the environmental alterations commonly attributed to climate change. And on top of all this, Patel still achieves roughly the same yields now as when he farmed conventionally, a fact that was also ignored by the Stanford study and many others that have tried to claim that organic production methods fail to generate adequate yields.

If it were not for unfair government subsidies, organic food would cost less

As far as costs are concerned, organic production methods still cost more. But this is primarily due to the fact that in the U.S., India, and elsewhere, governments subsidize conventional growing methods while offering little or nothing in support of organic production. Such a policy, of course, creates an unfair advantage for conventional farming, which translates into cheaper prices for conventional produce, a common complaint among those who belittle organic food as some kind of luxury for the wealthy.

If these unfair government subsidies were eliminated — or if the government actually helped subsidize organic food in the same way that it does conventional food — organic food would very likely end up being priced the same, if not cheaper, than conventional produce. And the benefit would be that more people would actually have the option to choose clean food rather than chemical-contaminated food without having to worry about costs.

NaturalNews
By Ethan. A Huff