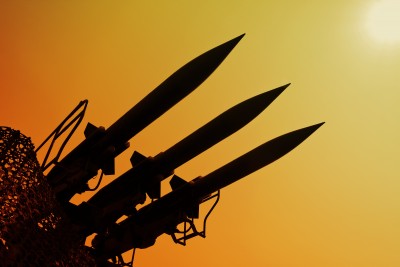 Perchlorate and the Post-Organic Era

Perchlorate is an environmental pollutant primarily associated with releases by defense contractors, military operations and aerospace programs, as it is a key ingredient in rocket fuel. It is now found in virtually all humans tested, and it is continually making its way up the food chain through ground and drinking water, into feed and edible plants, animals products, milk and breast milk – contaminating conventional and organically grown food, alike.

It is now distributed widely throughout North America, as depicted by the image below: 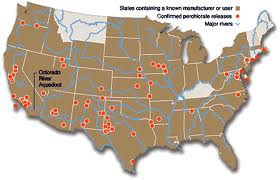 The Colorado River is so thoroughly contaminated with perchlorate (1.5-8 micrograms per Liter) that 90% of the lettuce consumed during the winter months in the United States produced in the Lower Colorado River region contains this powerful endocrine disruptor.

What does it do? Perchlorate has been used as a "medicine" in this country to "treat" hyperthyroidism since the 1950's despite the fact some patients may develop aplastic anemia (bone marrow destruction) as a result. Perchlorate interferes with iodide uptake at the sodium-iodide symporter in the thyroid gland which unfortunately has a 30-fold higher affinity for perchlorate than iodide. Without adequate iodide hypothyroidism ensues. Could this pollutant have anything to do with the geometric expansion of hypothyroidism diagnoses in this country? 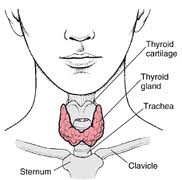 If it were not for the perfect fit between pharmaceutical medicine, e.g. Synthroid (synthetic levothyroxine sodium) and pollution-caused hypothyroidism, this question might get some traction in the medical community and we could start solving the underlying problem: a medical system whose financial health depends on the continued expansion of disease within the population it serves.

Has perchlorate destroyed the very meaning of organic?

In 2005 the Journal of Environmental Science and Technology published a study on perchlorate levels in North America. They found:

The time has come for those of us who buy organic food to transcend the inherently self-centered and anthropocentric limitations associated with these food quality concerns. We can no longer fool ourselves into thinking that we can save ourselves by eating organically without doing something about the planet dying under the weight of the conventional and dominant food production and distribution system. When we pollute the environment we pollute ourselves. The very flesh of the earth (our mother) and our flesh are woven from the same molecular fabric.

The exact same problem with thinking that consuming organic protects you from planetary destruction has emerged with the increasingly destabilized/destabilizing nuclear energy paradigm. Radioisotope contamination of the environment is now a global problem, and low-energy internalized radioisotopes are several orders of magnitude more harmful to our health than previously assumed. The global distribution of uranium-238 through hydrological and meteorological cycles, for instance, does not discriminate between "organic" and "conventional" food – it bioaccumulates and damages those who consume it equally.

We are not saying that organic isn't important, as we have no other way to protect ourselves from what is increasingly becoming a highly toxic food production system. However, in order to stay grounded in reality, we must realize its limitations and work on changing the underlying dysfunctional planet-harming systems that are cutting across the "organic" and "conventional" lines with equally destructive force.