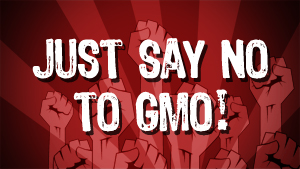 For years, biotechnology companies have been making lofty, unsubstantiated claims that genetically-modified organisms (GMOs) are the cure for world hunger, and that without them, people will starve to death. But according to many agricultural scientists and researchers, such claims have absolutely no basis in reality, and are nothing more than deceitful marketing. One researcher from the Union of Concerned Scientists (UCS) recently compared the nonsensical industry rhetoric in favor of GMOs to giving cigarettes away free to children — in other words, claims that GMOs are the answer to world hunger are nothing but a ploy to hook farmers and consumers into taking the deadly bait.

Biotech mouthpieces and their media lackeys routinely hail GMOs as superior to conventional and organic crops because they say yields are better, less pesticides are needed to grow GM crops, and GM crops can be grown more densely in a given area than alternatives can. But is any of this actually true? To date, GMOs have not surpassed conventional or organic crops in terms of yields. And since 1996, which is right around the time GMOs were first introduced, pesticide use in the US has increased by nearly 400 million pounds (http://www.naturalnews.com/027642_g…).

On the other hand, a recent United Nations (UN) report explains that eco-farming, which uses natural growing methods rather than chemical- and GM-based methods, has actually boosted food production much more significantly than any GM methods have.

“Today’s scientific evidence demonstrates that agro ecological methods outperform the use of chemical fertilizers in boosting food production where the hungry live — especially in unfavorable environments,” said Olivier De Schutter, a UN Special Rapporteur, at a recent presentation. “To date, agro ecological projects have shown an average crop yield increase of 80 percent in 57 developing countries, with an average increase of 116 percent for all African projects. Recent projects conducted in 20 African countries demonstrated a doubling of crop yields over a period of three to ten years.”

In truth, GMOs have failed in virtually every category of supposed benefit — they simply do not live up to the industry hype. And besides offering no benefit or improvement upon natural growing methods, GMOs are also a significant threat to both environmental and human health. There are no credible safety studies that have ever been conducted proving that “Frankencrops” are safe or beneficial (http://www.naturalnews.com/031951_G…).