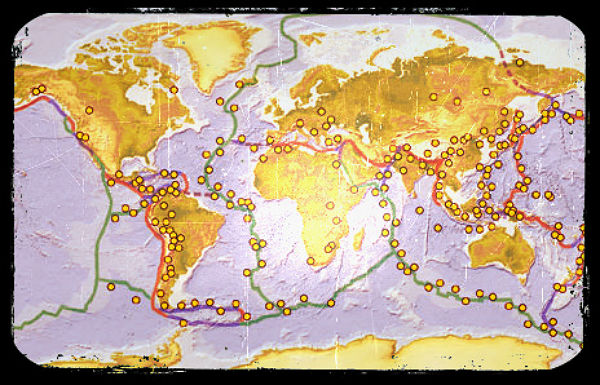 Seismic stations worldwide are recording strong earthquakes on daily basis. Every month the earth is shaken by approximately 80,000 earthquakes, at a rate of 2 earthquakes a minute. There is an earthquake taking place somewhere right now.

Within the last few years seismologist started to studying new type  of seismic signals – tectonic tremors. Tremor is less hazardous than earthquakes and occurs at greater depth. The link between tremor and earthquakes may provide clues about the more destructive earthquakes that occur at shallower depths.

Deep tectonic tremor is a weak shaking of the ground that lasts for minutes to as long as weeks. It was discovered in subduction zones in southwest Japan and in the Pacific Northwest in North America in 2001.  Subduction zones are the areas where one tectonic plate moves under another tectonic plate. There has been a great deal of work on this phenomenon since then. 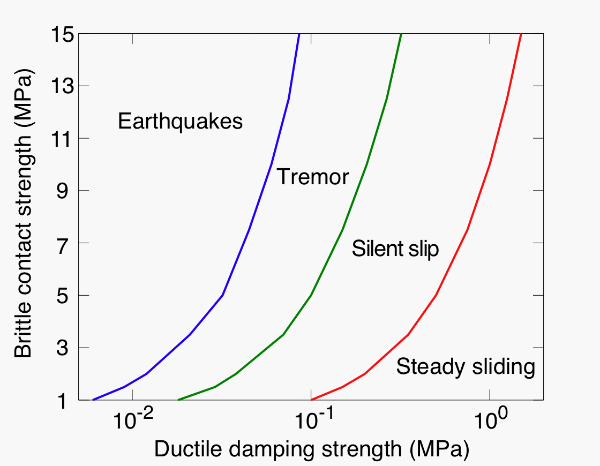 Both earthquakes and tremor have the same cause. They result from the relative movement on fault surfaces, a result of the motion of the tectonic plates. Tremor has only been detected in only a fraction of the world’s tectonic environments, but this is certainly due to the very limited seismic instrumentation in most parts of the world.

While seismologists admit that we are still a long way from being able to predict earthquakes, we have however improved our ability to estimate the danger posed by earthquakes by understanding what happens on a fault during a seismic event.

Back in mid-2010, geophysicists of Karlsruhe Institute of Technology (KIT) started to work together with scientists from the University of California, Riverside, and the US Geological Survey, Pasadena, and they installed 13 seismic stations near Cholame, located approximately halfway between San Francisco and Los Angeles. Each seismic station was then equipped with a broadband seismometers in a thermally insulated hole in the ground, a small computer and a solar panel for power. The broadband seismometers used are extremely sensitive to small ground motions and were therefore considered ideal for detecting tremor and small earthquakes. The data recorded over a 14-month period is currently being analysed at KIT. 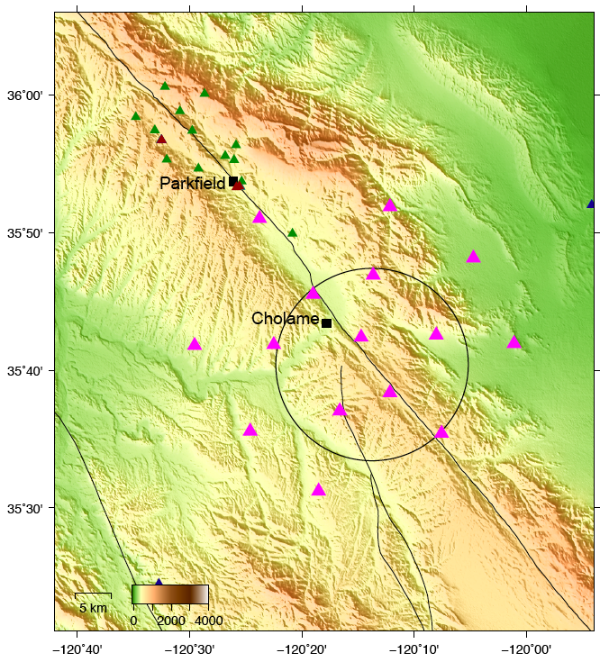 By comparing GPS observations from the years leading up to the earthquake, scientists at the GFZ, German Research Centre for Geosciences, have shown a high degree of correlation between stress distributions in the earth’s crust before the quake and the subsequent fracture distributions. This has led the researchers to believe, that the region has now expelled the causes leading up to the substantial earthquakes.

The high correlation between stress-lines and fracture-lines has also increased the possibility of predicting new and similar earthquakes. In northern Chile one last tectonic gap remains and now the researchers are setting up geoscientific equipment to measure the conditions before, during and after a potential earthquake.

Tectonic tremor signals have a unique character that differs from earthquakes, making them more difficult to detect using automated techniques. In order to address the detection problem, the KIT researchers first developed a new algorithm for the automatic isolation of tectonic tremor. Using their new technique, they found over 2600 tremor events that are now being studied in detail. 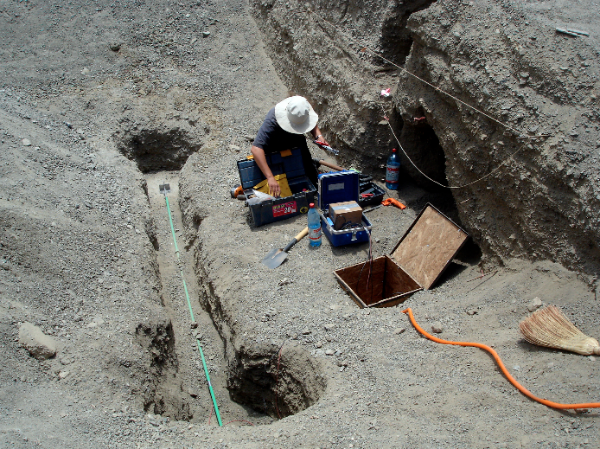 The KIT Climate and Environment Center develops strategies and technologies to secure the natural basis of life. For this purpose, 660 employees of 32 institutes produce fundamental and application-oriented knowledge relating to climate and environmental change. It is not only aimed at eliminating the causes of environmental problems, but increasingly at adapting to changed conditions.

Karlsruhe Institute of Technology (KIT) is a public corporation according to the legislation of the state of Baden-Wurttemberg. It fulfills the mission of a university and the mission of a national research center of the Helmholtz Association. KIT focuses on a knowledge triangle that links the tasks of research, teaching, and innovation.

The study was presented in the latest edition of Nature and is available online. It was accompanied by a press release.