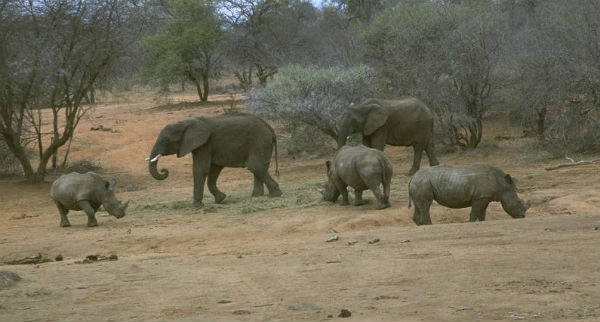 According to the red list of the International Union for Conservation of Nature (IUCN), elephants are in ‘danger of extinction‘ and the two rhinoceros species are ‘critically endangered‘. The progressive disappearance of seed-dispersing animals like elephants and rhinoceroses puts the structural integrity and biodiversity of the tropical forest of South-East Asia at risk. In these forests in East Asia, the large diversity of plant species means that there is not enough space for all the trees to germinate and grow.

As well as the scarce light, seed dispersion is made more complicated by the lack of wind due to the trees that are up to 90 metres high. Plant life is then limited to seeds dispersed by those animals that eat pulp. They either scatter seeds by dropping their food, regurgitating it or by defecating later on. Megaherbivores act as the ‘gardeners’ of humid tropical forests. They are vital to forest regeneration and maintain its structure and biodiversity. Plants need a large animal capable of eating, transporting and defecating the seeds in good conditions. This is where elephants and rhinoceroses come into play because they can scatter large quantities of seeds thanks to the fact that they slowly digest very little of their food.

Habitat loss, poaching, and the conflict between elephant and man has caused a 95% loss in Asian elephant (Elephas maximus) historical distribution range and has left the rhinoceros just a step away from extinction. There are less than 50 Java rhinoceroses (Rhinoceros sondaicus) and 200 Sumatra rhinoceroses (Dicerorhinus sumatrensis). 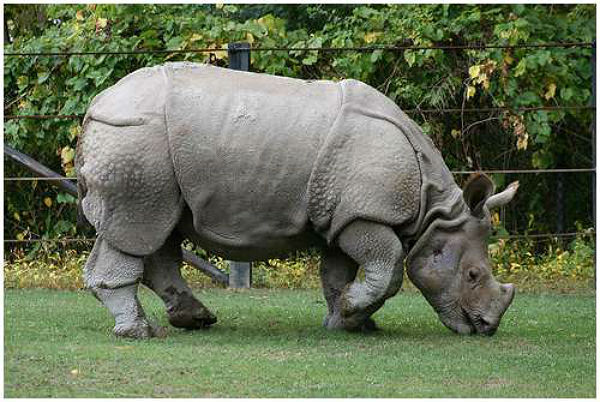 With the help of Spanish researchers, an international team of experts evaluated the seed-dispersing capacity of another large herbivore weighing 300 kg. The Asian tapir (Tapirus indicus) is not hunted and has a similar digestive system to that of elephants and rhinoceroses. The study allowed researchers to analyse the effect of dispersion by tapirs on the seed survival of nine different plants. This included some large plant species such as the mango tree and durian, as well as other smaller species like the ‘elephant apple’ (Dillenia indica). Among other outcomes, the results show that tapirs defecated 8% of the tamarind seeds ingested (none of which germinated) compared to elephants, who defecated 75% of the 2,390 ingested seeds (65% of which germinated). Research team has confirmed that not even herbivores like tapirs can replace elephants and rhinoceros. Elephants and rhinoceroses play a unique ecological role that cannot be replaced by other species.

According to research, if these megaherbivores disappear from the ecosystem, their contribution to ecological processes will too be lost and the path of the ecosystem will change irreversibly. The most probable consequences are the change in the structure of the undergrowth and the forest and the loss of certain species.  Without large herbivores, new large seed plants will always grow in close proximity to the mother plant and are therefore “unable to colonise available space in other forest areas,” warns the IMEDEA researcher. Those species that depend on large animals will become increasingly rare whereas those that depend on the wind and smaller, abundant animals will increase in terms of density and dominance. Researchers suggest that megafauna should be protected and in some cases megaherbivores should be reintroduced into areas from where they had previously disappeared. 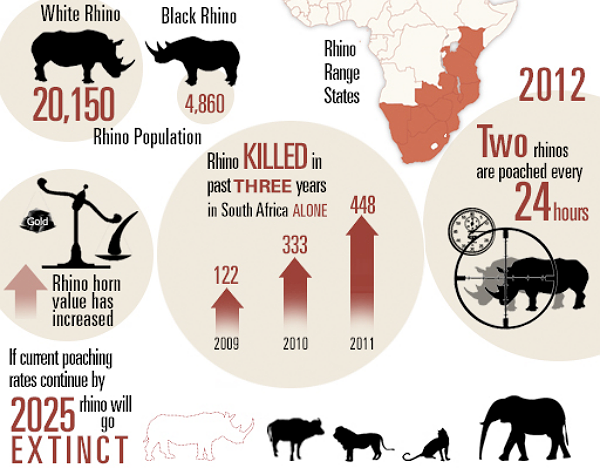 In the south-east of Asia, the priority is to stop illegal hunting and mitigate the impact of habitat loss. This also highlights the need to combat illegal trade in a “much more determined way.”