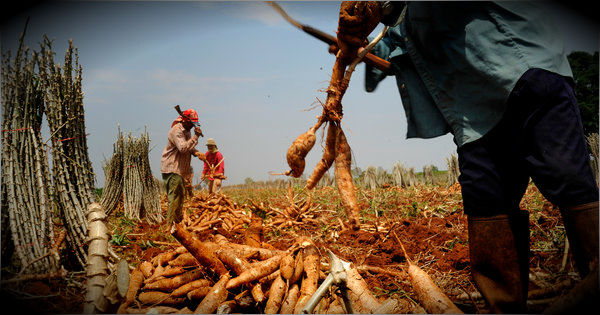 Severe outbreaks of new, invasive pests triggered by rising temperatures could threaten Southeast Asia’s multi-billion dollar cassava industry, as well as the livelihoods of the hundreds of thousands of small farmers that rely on the crop for income, according to research from the International Center for Tropical Agriculture (CIAT). The research was discussed at “Climate Smart Agriculture in Asia: Research and Development Priorities,” a conference convened in Bangkok by the Asia-Pacific Association of Agricultural Research Institutions (APAARI), the CGIAR Research Program on Climate Change, Agriculture and Food Security (CCAFS), the World Meteorological Organization (WMO) and the United Nations Development Programme (UNDP). 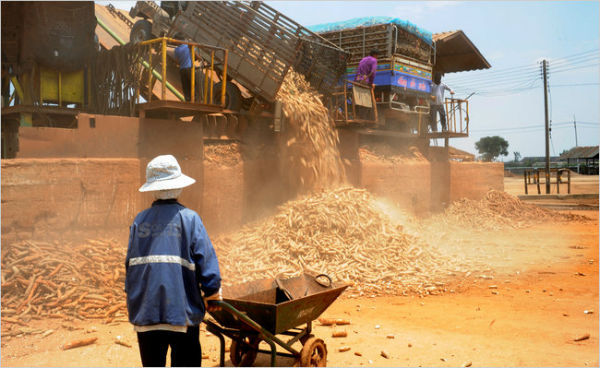 Around five million small producers across Southeast Asia supply cassava to domestic and foreign processing industries, which convert the roots to animal feed and biofuels and also extract starch for use in a wide variety of food and other products. Thailand’s cassava industry accounts for more than 60 percent of global exports. It is one of the world’s biggest producers of tapioca starch, made from the cassava root. In 2011, Thai farmers exported 2.8 billion metric tons of tapioca starch worth almost 48 billion Thai Baht, according to the Thai Tapioca Starch Association.

According to Pramod K. Aggarwal, regional program leader for Asia at the CGIAR Research Program on Climate Change, Agriculture and Food Security (CCAFS), warmer conditions and longer dry seasons linked to climate change could prove to be the perfect catalyst for outbreaks of pests and diseases. The report calls for a range of responses to minimize the risk of outbreaks, and to limit damage where outbreaks occur, under the broad banner of Integrated Pest Management. This includes renewed scientific focus on breeding cassava plants with increased resistance to the pests, minimal use of pesticides to avoid killing any possible natural enemies, as well as the identification, rearing and introduction of so-called “biological control agents” – predator and parasite species that hunt down and kill the pests.

For cassava in Southeast Asia, mealybugs and whiteflies are already endemic in the region. But new threats, such as the tiny green mite (Mononychellus mcgregori), are already emerging. The cassava pest situation in Asia is pretty serious as it is and rising temperatures could make things a whole lot worse. Climate change could trigger multiple, combined outbreaks across Southeast Asia, Southern China and the cassava-growing areas of Southern India.

The green mite was first sighted feeding on cassava in Vietnam in 2009, with further reports from Southern China and additional unconfirmed sightings in Cambodia in 2011. Originally from South America, the tiny mites feed on the leaves of cassava plants, causing them to wither and die. It is closely related to the green mite species Mononychellus tanajoa, which has caused extensive damage to cassava in Africa and South America. Green mite has no natural enemies in Asia 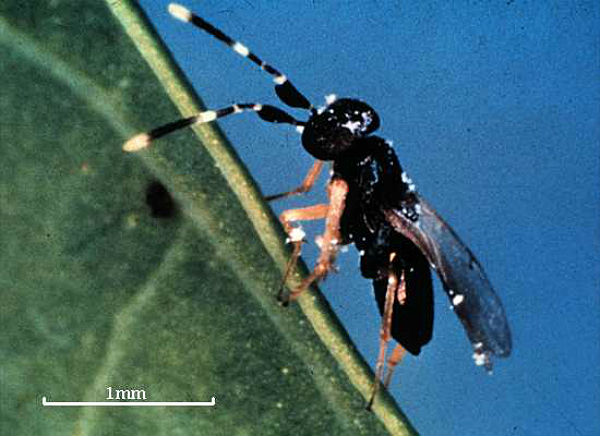 Southeast Asia is home to more than 30 percent of the world’s population, but half of the world’s poor and malnourished. Agriculture is the backbone of most economies in the region, with nearly 50 percent of the population dependent on the sector for food and livelihoods. Agriculture, along with forestry and land use change, also account for almost one-third of greenhouse gas emissions globally, and some of the most innovative approaches to reducing these emissions have been developed in Southeast Asia, one of the leading exporters of rice and cassava to the rest of the world.

In Vietnam, some farmers are switching from rice to shrimp farming to respond to increased salinity and other changes in water resources. Scientists are also working with farmers to disseminate varieties in Mekong Delta countries that can tolerate a larger amount of saltwater flooding, more acidic water and soil, elevated levels of pollution, and new strains of pests and diseases-all while decreasing the crop’s water usage and emissions footprint. 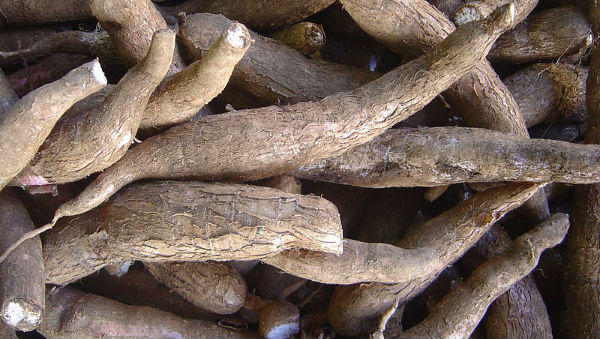 Last year’s record flooding in Thailand and Southeast Asia was preceded by a record drought in 2010. These and many other extreme weather events have hammered global food prices. With climate change in South and Southeast Asia expected to reduce agriculture productivity by as much as 50 percent in the next three decades, agriculture must become more productive, more resilient and more climate-friendly. Agriculture needs to shift from being climate dependent to being climate-smart. (TerraDaily)