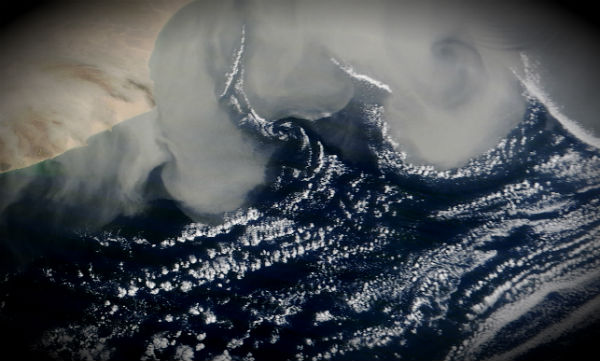 Dust storms continued on the Arabian Peninsula from late February into early March. This image, acquired by the Moderate Resolution Imaging Spectroradiometer (MODIS) on NASA’s Aqua satellite on March 3, 2012, shows a dust plume spanning hundreds of kilometers. The plume extends from Saudi Arabia in the west to the United Arab Emirates in the east. 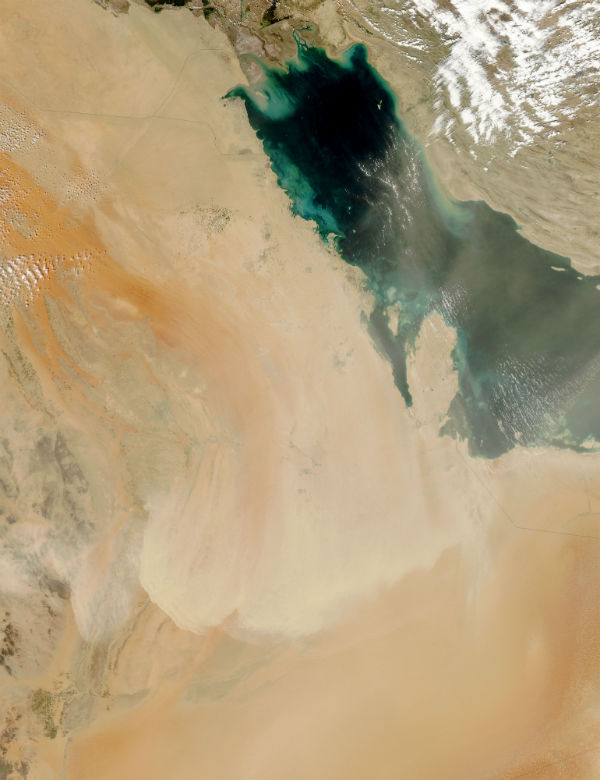 On March 4, 2012, the thick dust that had hovered over Saudi Arabia a day earlier traveled southward off the edge of the Arabian Peninsula. 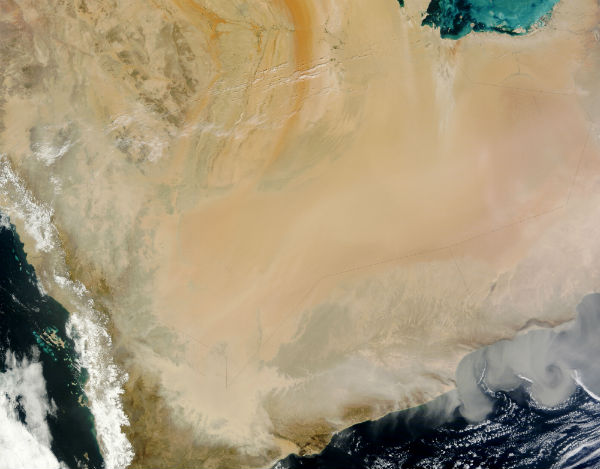 Lines of small clouds cling to the margins of the dust plumes south of Oman. These clouds may result from the same weather front that kicked up high winds and stirred the dust storm. This region is one of the world’s most prolific dust-producing areas, thanks in part to the presence of the sand sea known as Rub’ al Khali. 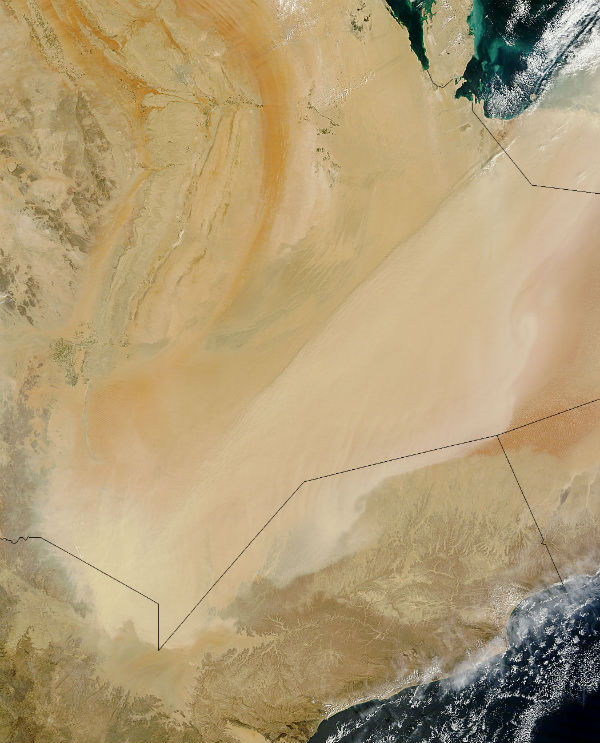 This region is home to the Empty Quarter, or Rub’ al Khali. The Rub’ al Khali is a massive sand sea that holds about half as much sand as the entire Sahara Desert. Larger than France, the sand sea covers parts of Saudi Arabia, Yemen, Oman, and the United Arab Emirates. Though most abundant in the Empty Quarter, the Arabian Peninsula’s sand is certainly not limited to this region. Sand and silt cover much of the Peninsula, and it ranks among the world’s most abundant dust-producing regions.(MODIS)