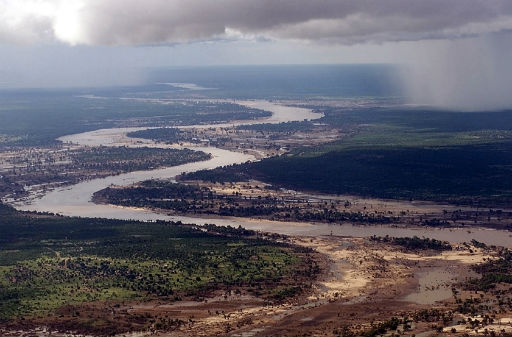 Rising global temperatures and shifting rainfall patterns could affect water flows on Africa’s mighty Nile and Limpopo rivers. The Consultative Group on International Agricultural Research, a global think-tank, warned the changes could have major effects for countries that share the rivers – raising the risk of conflicts erupting over water use, already a subject of often touchy regional relations. Their study raised the greatest concerns for the Limpopo River Basin, including parts of Botswana, South Africa, Mozambique and Zimbabwe, and running through a region already chronically dry. The findings were presented at the International Forum on Water and Food in Pretoria.

The group’s projections found that between now and 2050 hotter weather and fewer rains could hurt food production and deepen poverty. In some parts of the Limpopo, even widespread adoption of innovations like drip irrigation may not be enough to overcome the negative effects of climate change on water availability. For the Nile, the researchers projected that increased water evaporation could “reduce the water balance of the upper Blue Nile Basin.” That could affect regional talks on management of the river, after years of tensions over Ethiopia’s plans for new dams, the researchers said. 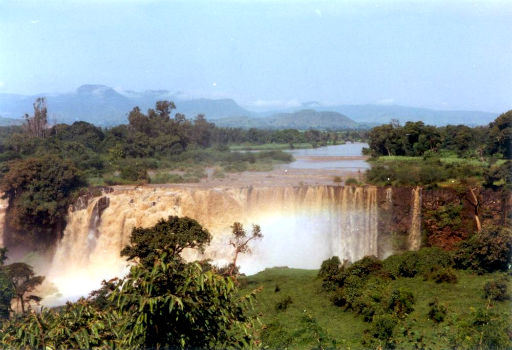 “The new insights regarding the effect of climate change on river basins may indicate a need to revisit assumptions about water availability.” Alain Vidal, director of the group’s water and food programme.

In rivers around the world, the study found that higher global temperatures would make more water evaporate from rivers, which in most cases should be set off by increased rainfall. But within river basins, changes could prove dramatic and flip weather trends from wet to dry for regions that previously have known consistent patterns. Such changes will create a management nightmare and require a much greater focus on adaptive approaches and long-term climate projections than historically have been necessary. (AllAfrica)

The Nile is a major north-flowing river in North Africa, generally regarded as the longest river in the world. It is 6,650 km (4,130 miles) long. It runs through the ten countries of Sudan, South Sudan, Burundi, Rwanda, Democratic Republic of the Congo, Tanzania, Kenya, Ethiopia, Uganda and Egypt. The Nile’s water has affected the politics of East Africa and the Horn of Africa for many decades. Countries including Uganda, Sudan, Ethiopia and Kenya have complained about Egyptian domination of its water resources. The Nile Basin Initiative promotes peaceful cooperation among these states. 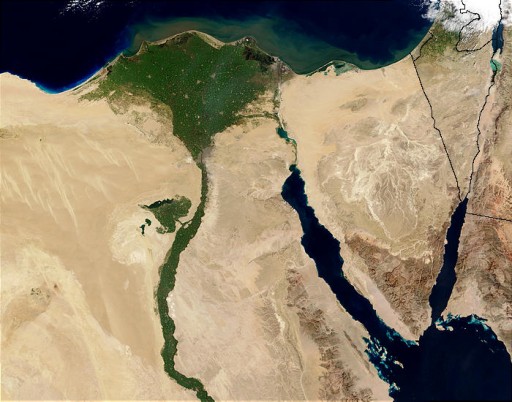 The Nile has two major tributaries, the White Nile and Blue Nile. The latter is the source of most of the water and fertile soil. The former is the longer. The White Nile rises in the Great Lakes region of central Africa, with the most distant source still undetermined but located in either Rwanda or Burundi. It flows north through Tanzania, Lake Victoria, Uganda and South Sudan. The Blue Nile starts at Lake Tana in Ethiopia  and flows into Sudan from the southeast. The two rivers meet near the Sudanese capital of Khartoum.

The northern section of the river flows almost entirely through desert, from Sudan into Egypt, a country whose civilization has depended on the river since ancient times. Most of the population and cities of Egypt lie along those parts of the Nile valley north ofAswan, and nearly all the cultural and historical sites of Ancient Egypt are found along riverbanks. The Nile ends in a large delta that empties into the Mediterranean Sea.

The Limpopo River rises in central southern Africa, and flows generally eastwards to the Indian Ocean. It is around 1,750 kilometres (1,087 mi) long, with a drainage basin 415,000 square kilometres (160,200 sq mi) in size. Its mean annual discharge is 170 m³/s (6,200cu ft/s) at its mouth. The Limpopo is the second largest river in Africa that drains to the Indian Ocean, after the Zambezi River.

The waters of the Limpopo flow sluggishly, with considerable silt content. Rainfall is seasonal and unreliable: in dry years, the upper parts of the river flow for 40 days or less. The upper part of the drainage basin is arid, in the Kalahari Desert, but conditions become less arid further down the river. The next reaches drain the Waterberg massif, a biome of semi-deciduous forest and low-density human population. The fertile lower reaches support a dense population. Floods after the rainy season are an occasional problem in the lower reaches, most notably the catastrophic floods in February 2000 – caused by heavy rainfall due to a cyclone. (Wikipedia)