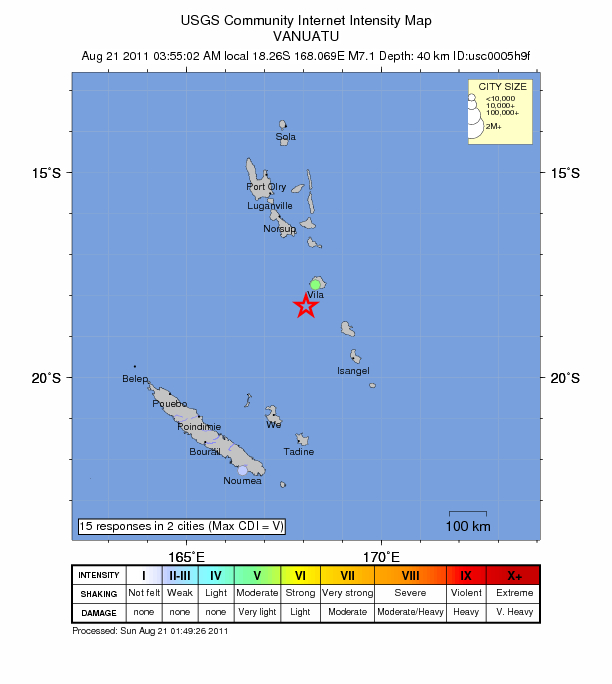 Theoretical calculations are reporting that 33,000 people experienced a very strong shaking, 27,000 people a strong shaking and 62,000 people a moderate shaking.  The island closest to the epicenter is Efate with its most important town Port Vila. Port Vila has 35,901 inhabitants). A massive 7.0 aftershock has hit the same area.  GDACS calculated tsunami heights based on a 7.4 magnitude. It was recalculated later to 7.0, which is a lot less. The aftershock was reported at a depth of 28.5 km. Radio New Zealand International reports that the Vanuatu National Disaster Management Office says it has received no reports of damage and has cancelled a local tsunami warning advisory.

The Vanuatu Meteorological Service said tsunami waves of 1.05 meter (3.4 feet) arrived on the island of Efate less than an hour after the earthquake. It said there was no damage from the initial waves. (EarthquakeReport) 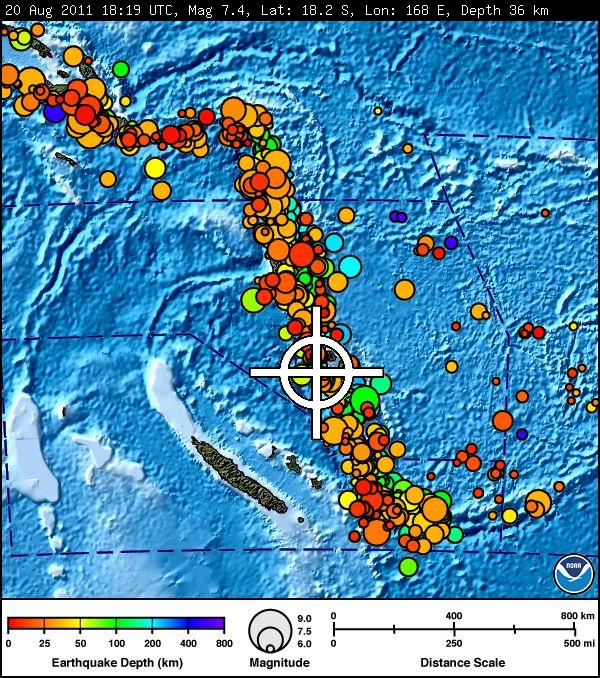 The Vanuatu archipelago is located on the so-called “Ring of Fire,” one of the most seismically active regions in the world. Port-Vila is the capital of Vanuatu and has an estimated population of 40,000 people. After a flurry of aftershocks, a second 7.0 earthquake stuck the same region at a depth of 2 km.