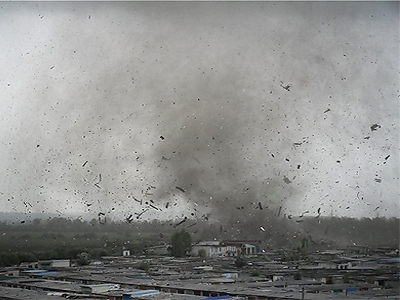 A whirlwind that struck the eastern Russian city of Blagoveshchensk on Sunday night was the country’s first ever “city tornado,” a meteorologist reported. The 13-minute twister that killed one person and injured dozens of others in Blagoveshchensk, a city of around 220,000 on the border with China, was the first tornado to hit a major Russian city. The tornado caused an estimated 80 million rubles ($2.9 million) in damage. Waterspouts are common near Black Sea towns and cities, but once they hit land they die out. (RT) 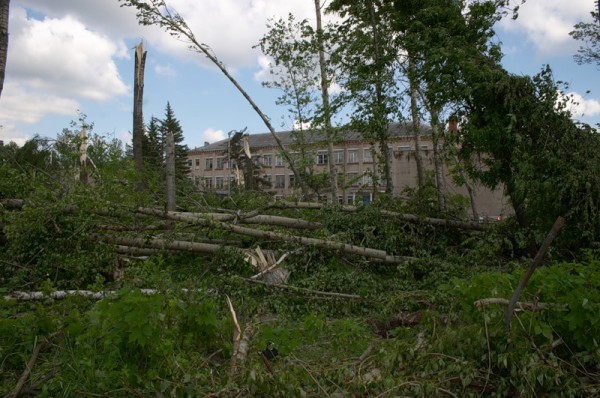 Several strong storms clashed above the small town of Krasnozavodsk of the Moscow region. The resulting tornado shredded through the town, overturning cars, uprooting trees and destroying homes. After devastating Krasnozavodsk, the tornado tore through the landscape 30 miles outside of Russia’s capital. It’s extremely rare that a tornado hits Russia, so seeing the remnants of this unusual location – dented Volgas, crushed Russian-style projects, ripped-apart birches – adds a particular eeriness to the already devastating scene. Official injury statistics are pending. Various self-published sources are reporting the damage and as you can clearly see in the photographs and videos below, the recorded results are catastrophic. (ReadRussia) 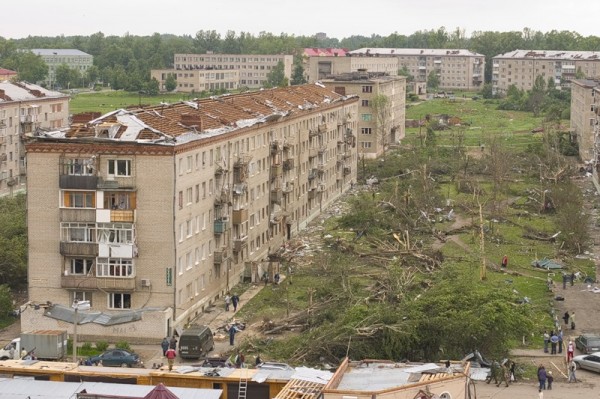 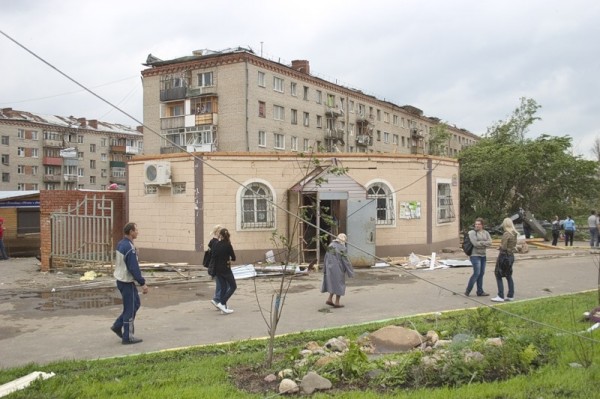 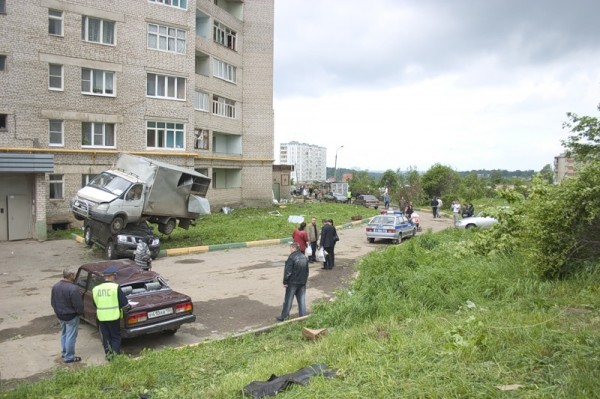 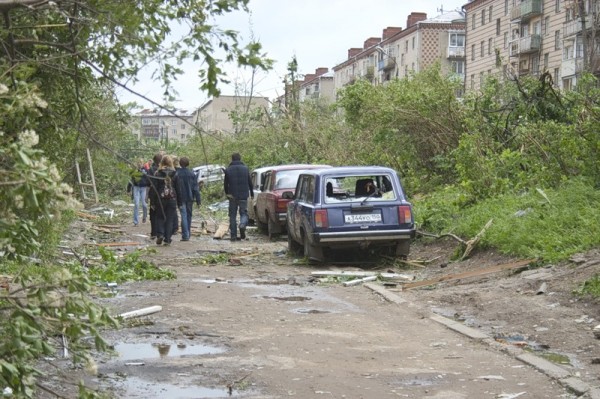 The June 29, 1904 Moscow tornado was one of only three disastrous tornadoes that occurred in central Russia in recorded history (1984 Yaroslavl tornado occurred June 9, 1984 inIvanovo with Yaroslavl regions, an area over 400,000 km2, and killed at least 400 people and injured 213, and 2009 Krasnozavodsk tornado occurred in Krasnozavodsk 3 June 2009, located in Moscow region). The 1904 disaster started as a thunderstorm in Tula region. It travelled northward, passing through eastern suburbs of Moscow into Yaroslavl region. When the cloud approached remote Moscow suburbs, it formed a tornado funnel, destroying suburban settlements and Lefortovo district within the city itself.