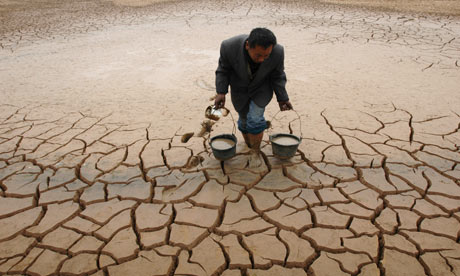 Rain in Central and South China is expected to drench drought-hit regions over the next three days, which could help to ease the dry spell, but experts warned the local public to prepare for heavy rains and even floods.

At least light to moderate rains would saturate most of the regions to the south of the Yangtze River by early Sunday morning, the China Meteorological Administration (CMA) said on its official website on Saturday. The CMA said the provinces of Guizhou, Hubei, Anhui, Jiangxi and Zhejiang as well as Shanghai municipality would experience heavy rain, thunderstorms and strong winds.

From January to May, five provinces across the Yangtze River delta – Hubei, Hunan, Jiangxi, Anhui and Jiangsu – have been enduring their worst drought since 1951, with average rainfall of 260.9 millimeters, 51.1 percent less than normal. The drought has had a great impact on the local ecological environments and power generation from hydroelectric dams.

The water level of some local big lakes, such as Poyang, Dongting and Honghu lakes, had dropped dramatically. According to the Ministry of Civil Affairs, the drought has hit nearly 7 million hectares of farmland mainly in the five provinces, and the direct economic losses are nearing 15 billion yuan ($2.3 billion). 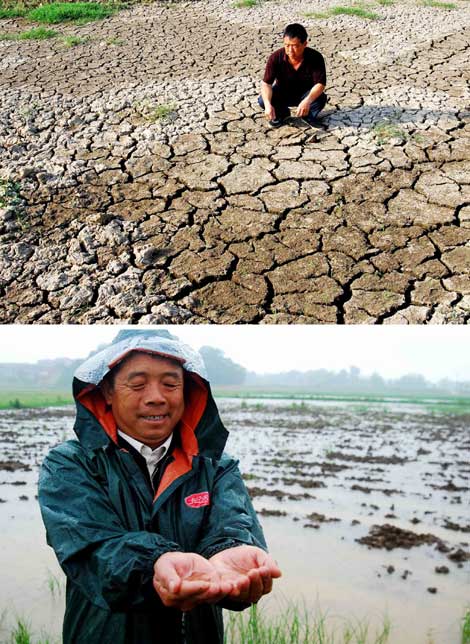 Because the drenched lands will still be very hot due to the severe drought, when cold air from the north meets warm air from the south, the resulting strong convection will produce heavy rains or thunderstorms. The drought and flood won’t have great impact on overall agricultural production, and there will be a harvest yield this year across the Yangtze River region. The drought, he said, just happened in certain areas, and some crops had some resistance to drought, such as wheat and rape, and they are entering the end stage of harvest.

Severe drought had more effect on the local hydropower, fishing and the environment. It will take some time for the reservoirs and lakes to store water for electricity recovery. Meanwhile, the local government may choose thermal power, but that will produce carbon dioxide. Moreover, the fishing industry suffered great losses under the influence of drought and it needs a period of time to recover. (ChinaDaily)