Drought on China's Yangtze river has led to historically low water levels that have forced authorities to halt shipping on the nation's longest waterway. The water level along the lower reaches of the river near the city of Wuhan was just above three metres (10 feet) on Thursday, the Chang Jiang Waterway Bureau said on its website.

A day earlier, the bureau closed a 228-kilometre (140-mile) stretch above Wuhan to ocean-going vessels due to shallow water in an effort to prevent the ships from bottoming out. Further up the river, the massive Three Gorges Dam, the world's biggest hydroelectric project, has discharged more water to alleviate the drought conditions down river. It was not immediately clear if the measures would be effective, as the drought along the middle reaches has sent water levels to their lowest point in five decades. At least two ships have been stranded in recent days as dozens of emergency teams have been dispatched to prevent accidents along the middle reaches, where the river has shrunk to an average width of about 150 metres. 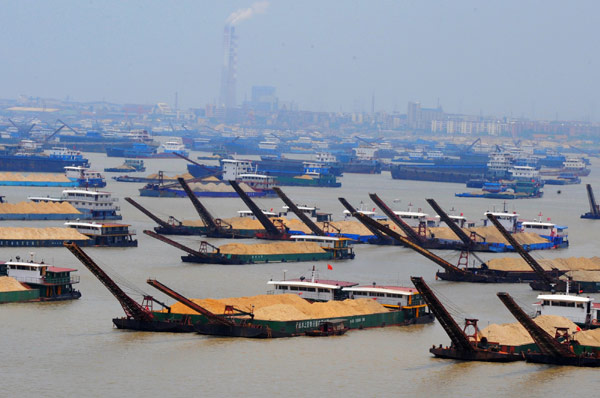 According to Wang Jingquan of the Yangtze River Water Resources Committee, damming up the river at the controversial Three Gorges Dam has aggravated the drought by diverting water flow to the lower reaches.

The 6,300-kilometre Yangtze is China's longest waterway and is indispensable to the economies of many cities along its route. The drought has left 400,000 people in Hubei province without drinking water and has threatened nearly 870,000 hectares (2.15 million acres) of farmland in the grain-growing region, the paper said.

October to May is normally the dry season along the river and ocean-going ships are only allowed to go up river past Wuhan at the end of April when the rainy season usually begins, state media said. Even though heavy rains are expected in coming months, it's possible they won't raise the water level much. (FreakyWeather) 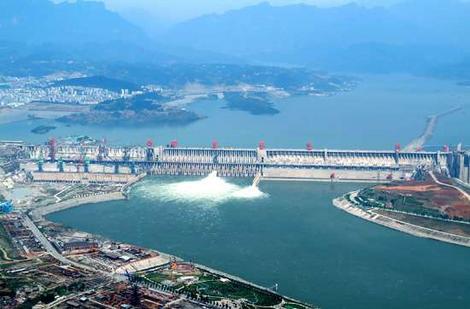 As of Wednesday morning, the Three Gorges Dam had discharged about 4 hundred million cubic meters of water since Saturday, lowering the water level of the dam by 0.7 meters, said Wang Hai of the dam's construction and operation management bureau.

Not only is the action aimed to help with the fight against drought plaguing the middle and lower reaches of the Yangtze River, but also ensure shipping safety, said Zheng Shouren, an academician with the Chinese Academy of Engineering and the chief engineer with the Yangtze River Water Resources Committee.

"If there was no Three Gorges Dam, the drought would be worse and the shipping on the Yangtze would be very hazardous," Zheng said.

Known as China's "land of a thousand lakes", Hubei is suffering from a prolonged drought.

About 400,000 people in the province are without drinking water as a result of the drought, and approximately 13 million mu (about 870,000 hectares) of farmland has been affected by it, according to the Hubei provincial agricultural department. (Xinhua)