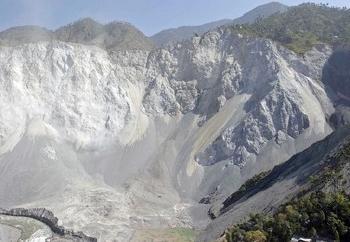 Landslides damaged nearly two dozen structures in north Kashmir’s Baramulla district while as mercury hovered below normal amid intermittent rain and snowfall across the Kashmir valley.

Due to heavy rainfall, landslides occurred at villages Checki Khudpora, Lateefabad and Kawhar, in Sheeri Baramulla (in north kashmir) and damaged 11 residential houses, 11 cowsheds while orchards got partially damaged. Due to incessant overnight rains, Rawatpora Mohalla in the district was deluged, forcing all residents to vacate their houses.  After receiving no response from the civil administration to flush out the flood water from their homes, the civilians approached the Army camp located at Delina for help. Army arranged for water pumping sets to flush out water and provide temporary relief so that the people could move back to their houses. 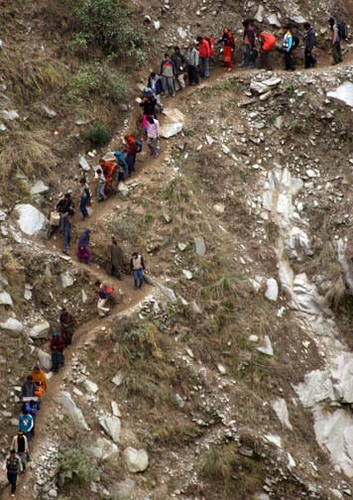 Srinagar  recorded day temperature at 10.4 degree Celsius, nearly seven degrees below the normal for this time of the year. The night temperature recorded at 3.4 degrees Celsius, four degrees below normal. The summer capital received 0.6mm of rain from 8.30 am to 5.30 pm. Qazigund, the gateway town to Kashmir, recorded maximum of 8.2 deg Cel while it had rainfall or snow equivalent to 5.6 mm during the time.

Pahalgam, the famous health resort, had fresh rain and snow equivalent to 4.8mm while as it recoded day temperature at 5.2 deg Cel against 5.6 deg Cel on previous day. Another south Kashmir area, Kokernag recorded maximum at 6.5 deg Cel and low of minus 0.3 deg Cel. The town had a rainfall of 4.9mm. Kupwara district in north Kashmir recorded day temperature at 11.6 deg Cel and low of 2.7 Deg Cel.

Snow-draped Gulmarg which witnessed fresh rain or snow equivalent to 1.2mm overnight was the coldest place in entire Kashmir valley, recording minimum at minus 4.0 deg Celsius. Leh, most inhabited area in the Ladakh, recorded a low at minus 4. 2 deg Cel while the day temperature settled at 2.4 deg Cel. Kargil, second most inhabited area in high altitude desert of Ladakh recorded minimum at minus 5.6 deg Cel and maximum at 2.6 Deg Cel.

Meanwhile, official sources said that the 300-kilometer Srinagar-Jammu highway, the only surface link connecting Valley with rest of the world, reopened for two-way traffic this morning. (KashmirDispatch) 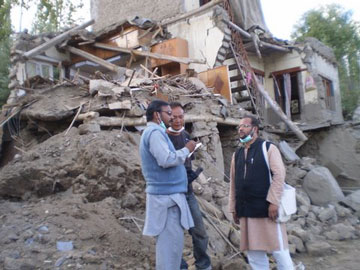 It is not first time that the area has been witnessing this problem. In past also we have suffered heavy damages due to the landslides but the authorities have never come up with a solution to this problem. At Rajpora, the main road connecting Sultanpora with Chandoosa has got damaged and cracks are visible on the road. The locals while talking to GK said that the land at several places in the area is moving away with the result large cracks are visible on the surface. Landslides also occurred at Sarna village of Slamabad Dachna. According to reports, the area has been witnessing landslides for the past several days. Several people from the village have shifted to safer places. (GreaterKashmir) 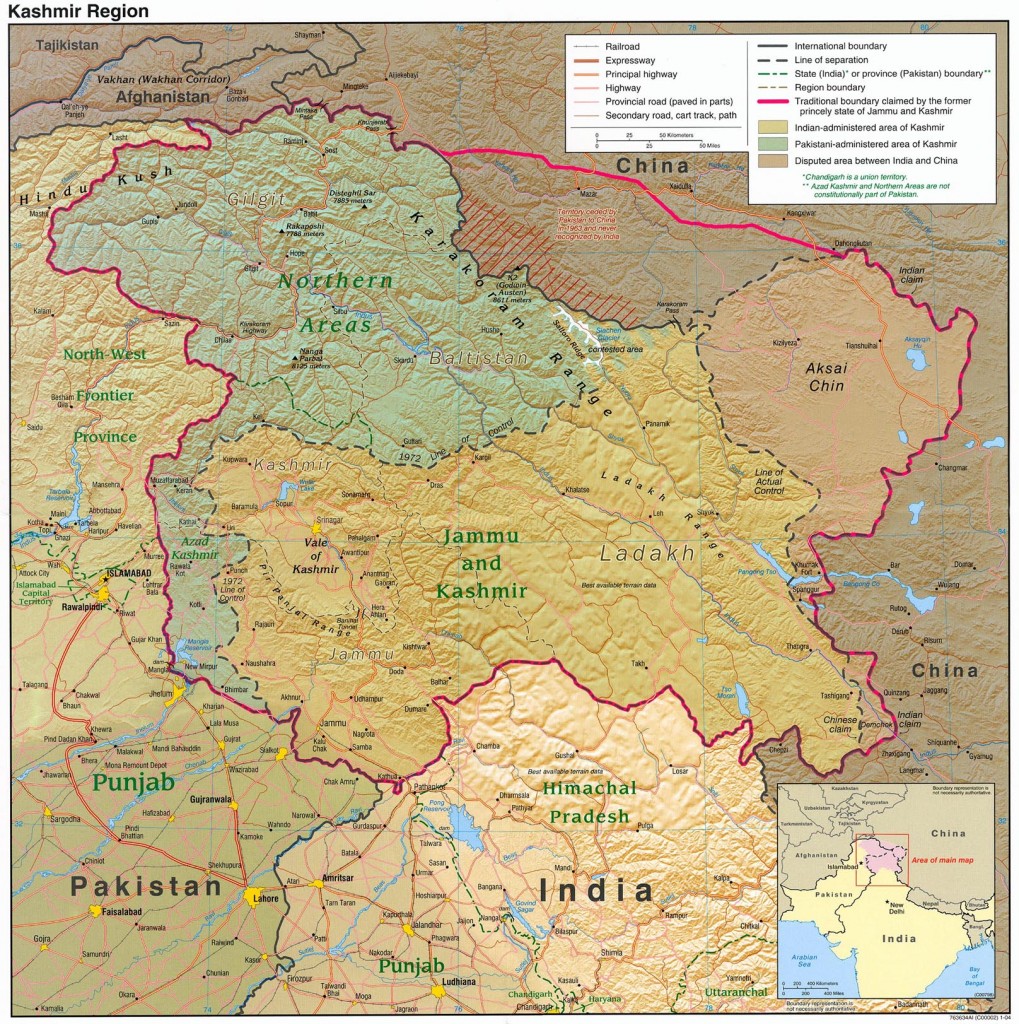