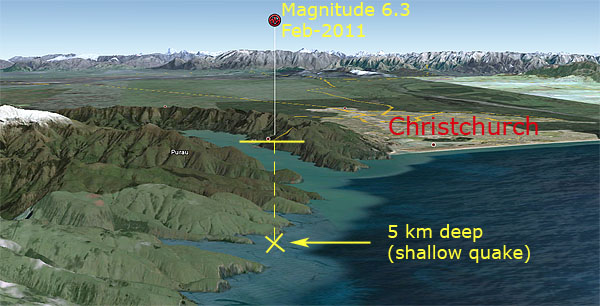 A new threat of landslides has emerged near to the epicentre of the quake, where boulders loosened by the tremor have already killed two and crushed homes. An aerial survey by scientists found no surface trace of the fault, which is centred southeast of Christchurch. But the expedition found worrying evidence of slips on the crest of the Port Hills, and above Lyttelton, Rapaki and Sumner. Geologists would place monitoring stakes in the hills to measure whether the landslides were creeping towards populated areas. 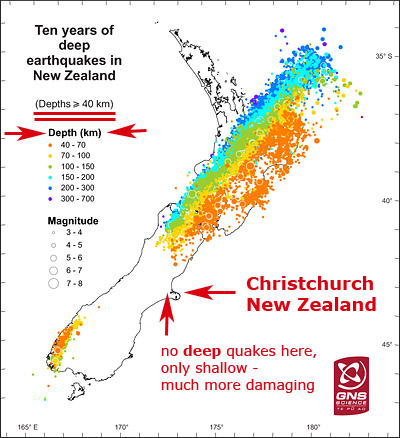 Early investigations have suggested that the shallow earthquake was an aftershock of the September quake in Darfield, but did not come from the same faultline. GNS Science natural hazards platform manager Kelvin Barryman said tests indicated it occurred on a “blind” or unknown fault, which runs east to west 1km north of Lyttelton. This meant that – like the Darfield fault that had lain dormant for at least 16,000 years – the Lyttelton faultline had been accumulating extreme pressure over centuries, before collapsing catastrophically. Experts said the enormous aftershock was statistically unusual. Generally aftershocks get smaller and less frequent as months go by.

Professor Peter Malin, director of the University of Auckland’s Institute of Earth Sciences and Engineering, said: “With the decay of the Darfield event, many of us would have breathed a sigh of relief – until Tuesday.” The quake was a “strike-slip event with oblique motion”, meaning the earth moved mostly side-to-side but occasionally up-and-down. The vertical acceleration of the earth, at 1.9 times the acceleration of gravity, was far greater than the sideways movement. Simultaneous vertical and horizontal seismic shifts made it almost impossible for buildings to survive.

The earth under Canterbury is still shaking out the stress of the fault, with more than 70 aftershocks measured since Tuesday, four of them magnitude 5 or greater. Seismologists said 4000 aftershocks had occurred since the September quake, but now the “clock had been reset” Cantabrians could expect months more of tremors.

Geologists have reported that the liquefaction in the city was worse than during last year’s tremor. Many suburbs have seen houses sink into the ground as the shaken soil turns to wet mush. (nzHerald)
NZHerald gallery
Christchurch earthquake – quick facts 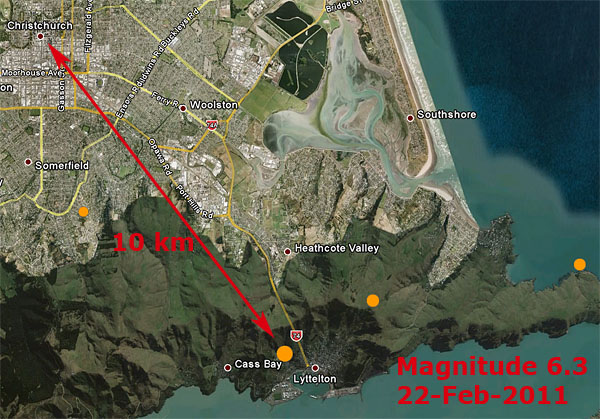 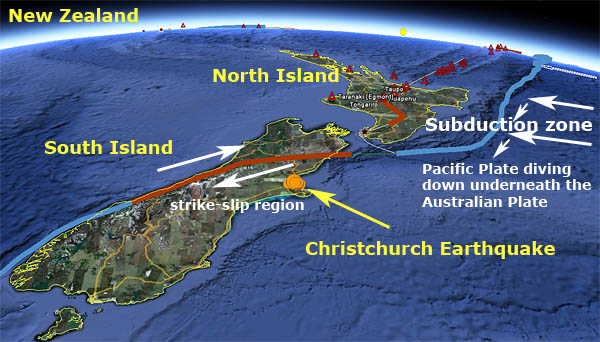 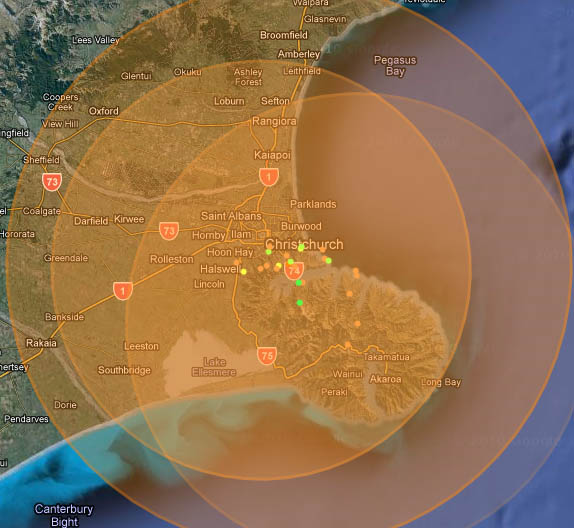