A new study published in AGU Advances highlighted and reassessed the Crete Earthquake– believed to be the strongest recorded earthquake in the Mediterranean, which occurred in AD 365. Using new radiocarbon dates and historical records, the researchers showed how much of the shorelines on the Greek island were uplifted during the quake. The findings pinpoint the importance of considering normal-fault earthquake sources in regions where tectonic plates collide and determine future research directions for more hazard characterization.

On July 21, 365 CE, an enormous earthquake occurred around the Mediterranean, so strong that it generated a tsunami that radiated throughout the Eastern Mediterranean basin. As a result, cities were destroyed and there were numerous fatalities. In Alexandria, the tsunami was so severe that the event was commemorated as the "day of horror" for centuries.

The 365 Crete Earthquake is generally believed to be the largest recorded earthquake in the Mediterranean, powerful enough to lift parts of Crete Island by several meters. This upheaval left behind fossil shorelines, which the researchers studied to reassess the event.

Richard Ott, a scientist at the GFZ German Research Center for Geosciences and lead author of the study, along with his colleagues, refined the dating of the fossil shoreline and compared the information from many samples to ancient records of earthquakes by historic writers. 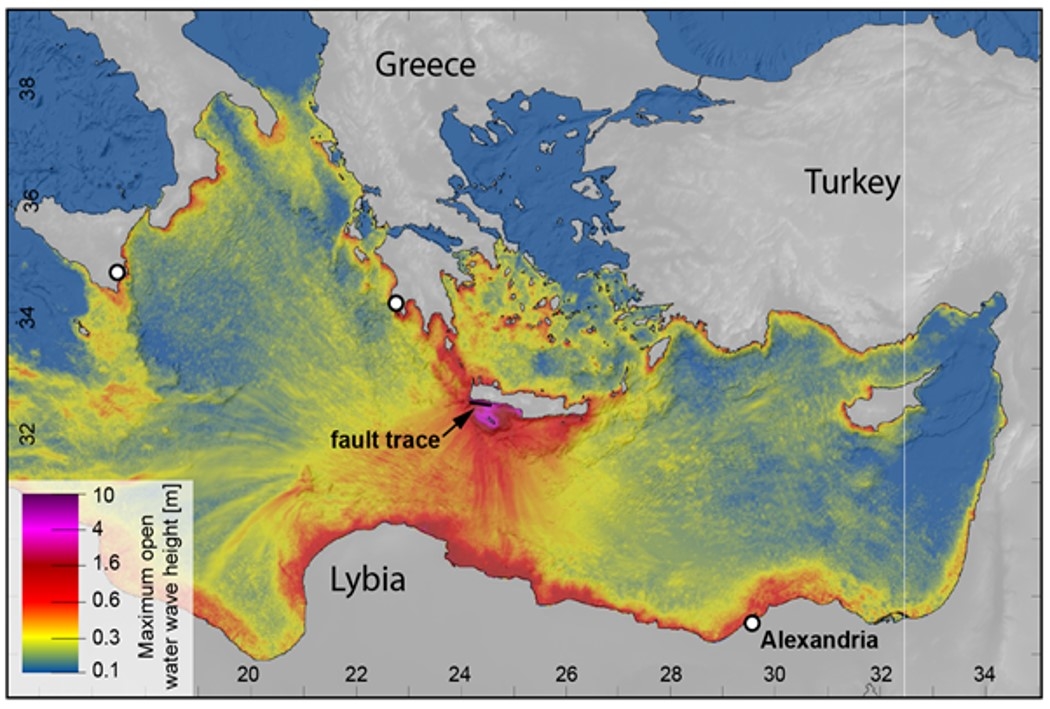 Radiocarbon analysis of fossils below the shoreline helped to identify when the upheaval took place. The team gathered fossil samples of vermetids and corals from the Krios paleoshoreline at eight different sites. Shells and skeletons from these dead organisms mark when the event happened because they died when the quake lifted them above sea level.

The findings showed that the fossil shoreline was likely not uplifted in one big quake, but rather by a series of powerful earthquakes around the island in the first centuries AD. This result is consistent with archaeological investigations suggesting the ancient harbor in Phalasarna was already abandoned following an earthquake in AD 66. 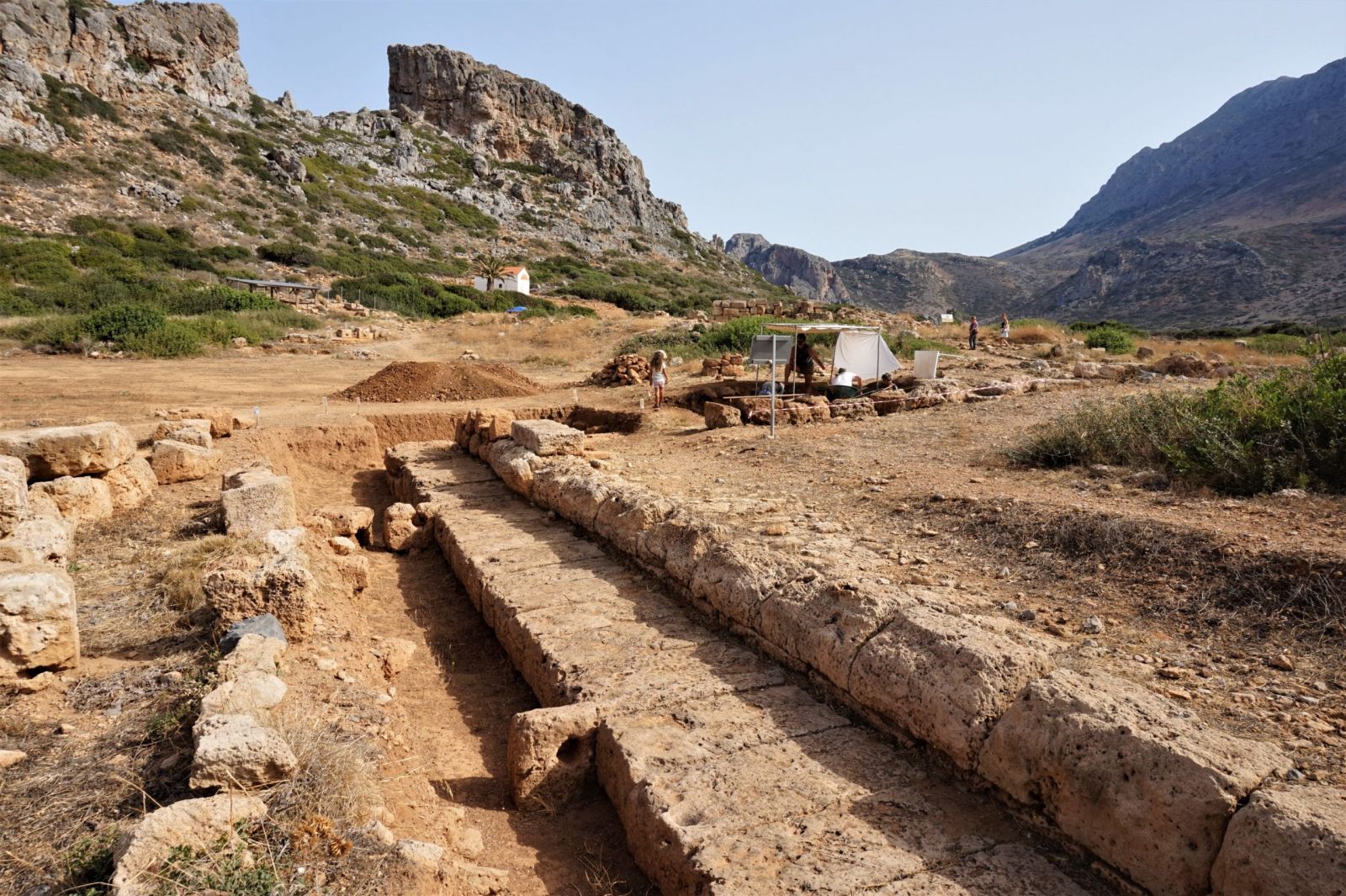 Image: The ruins of the ancient harbor town in Phalasarna. Credit: Richard Ott

Compared to previous studies, the findings showed that normal faults are possibly behind this earthquake sequence. Normal faults are a particular type of fracture in the crust that occurs when it is being pulled apart. The researchers model the propagation of tsunamis from earthquakes on these faults and find that their new type of model can explain well the tsunami report from Alexandria by historic writer Ammianus Marcellinus.

The findings also suggest that earthquakes on such normal faults are possibly a common tsunami trigger in the Mediterranean. The 365 Crete Earthquake is estimated to be below Mw8, which is lower than previous M8.3 – 8.5 estimates.

However, the researchers pointed out that there is a risk of strong earthquakes in the Eastern Mediterranean, stressing the importance of educating locals on how to act in the event of such a calamity.

"Based on these findings and the better consistency with the long‐term record of crustal extension in the region, we favor a normal faulting origin for the 365 CE and earlier earthquakes," the team wrote.

"However, we note that more research, and especially geophysical imaging, is required to adequately understand the tectonics and seismic hazard of the Hellenic Subduction Zone." 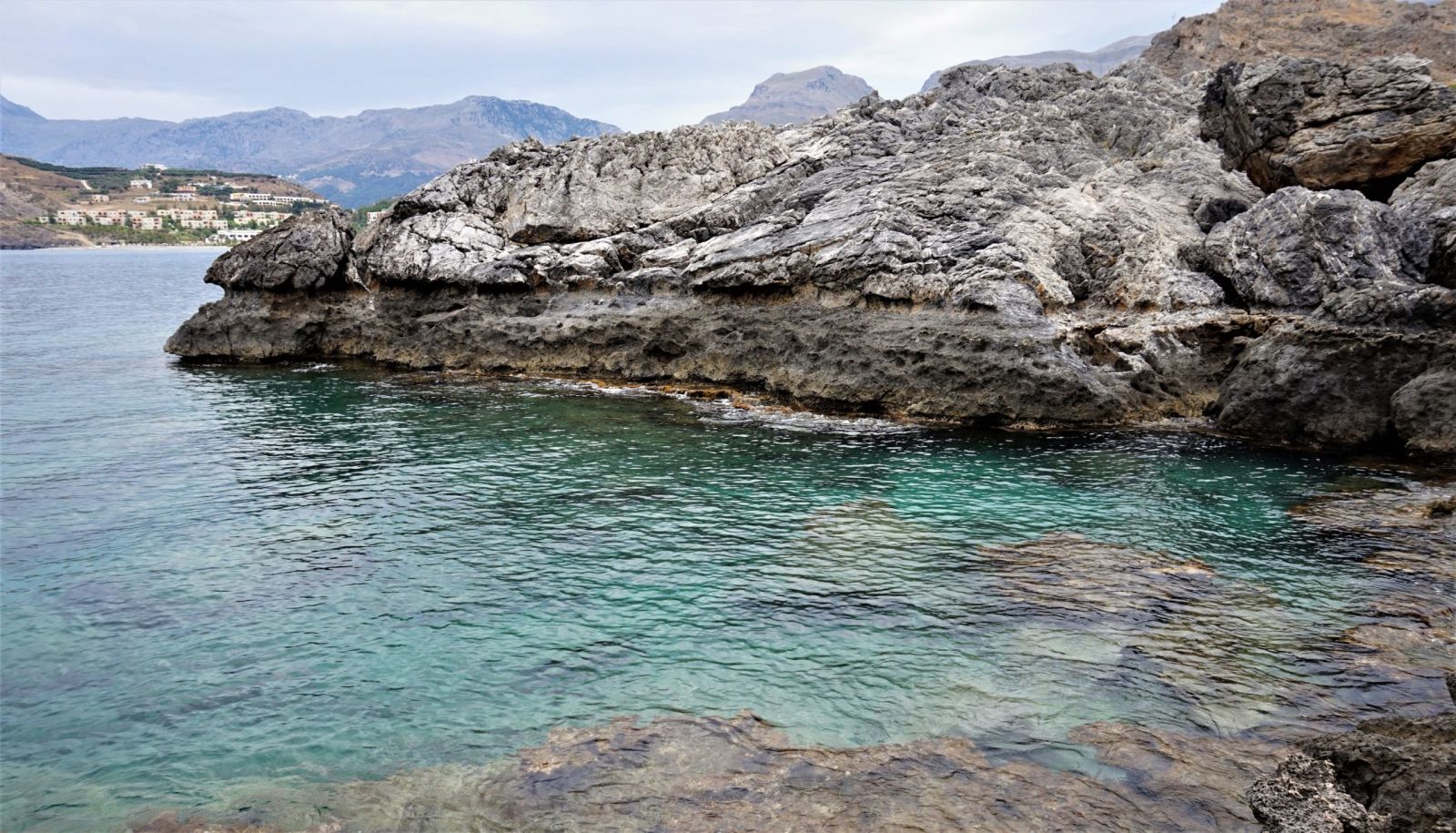 The hallmark of great earthquakes in the Mediterranean is the 21 July 365 CE earthquake and tsunami that destroyed cities and killed thousands of people throughout the Eastern Mediterranean. This event is intriguing because most Mediterranean subduction forearcs exhibit pervasive crustal extension and minimal definitive evidence exists for great subduction megathrust earthquakes, consistent with weak seismic coupling. This conundrum has led many to favor rupture of a previously unrecognized upper plate splay fault south of Crete in an M w 8.3–8.5 earthquake, uplifting a Cretan Holocene paleoshoreline by up to 9 m. Similar source mechanisms have been adapted for the region, which are commonly used for seismic and tsunami hazard estimation. We present an alternative model for Holocene paleoshoreline uplift and the 365 CE tsunami that centers on known active normal fault systems offshore of western and southwestern Crete. We use new and published radiocarbon dates and historical records to show that uplift of the Cretan paleoshoreline likely occurred during two or more earthquakes within 2–3 centuries. Visco‐elastic dislocation modeling demonstrates that the rupture of these normal faults fits observed data as well as reverse fault models but requires reduced slip and lower cumulative earthquake energy release (∼M w 7.9). Tsunami modeling shows that normal‐fault ruptures produce strong tsunamis that better match historical reports than a hypothetical reverse fault. Our findings collectively favor the interpretation that damaging earthquakes and tsunamis in the Eastern Mediterranean can originate on normal faults, highlighting the potential hazard from tsunamigenic upper plate normal fault earthquakes.