DeepShake, a spatiotemporal neural network trained on more than 36 000 earthquakes, provides a new way of forecasting ground shaking intensity prior to an earthquake, researchers reported at the Seismological Society of America's 2021 Annual Meeting.

The network, developed by researchers Daniel J. Wu, Avoy Datta, Weiqiang Zhu, and William Ellsworth at Stanford University, analyzes seismic signals in real-time. It also issues advanced warning of powerful trembling based on the traits of the earliest detected waves from an earthquake.

The data used to train DeepShake came from seismic recordings of the Ridgecrest sequence in California in 2019. When the researchers tested an M7.1 quake, the neural network sent simulated alerts between 7 and 13 seconds before high-intensity ground shaking occurred in areas in Ridgecrest.

"DeepShake is able to pick up signals in seismic waveforms across dimensions of space and time," said Datta, noting the novelty of using deep learning for quick early warning and predicting directly from seismic records alone.

The network shows the potential of machine learning models to enhance the speed and precision of earthquake alert systems, he added.

"DeepShake aims to improve on earthquake early warnings by making its shaking estimates directly from ground motion observations, cutting out some of the intermediate steps used by more traditional warning systems," explained Wu. 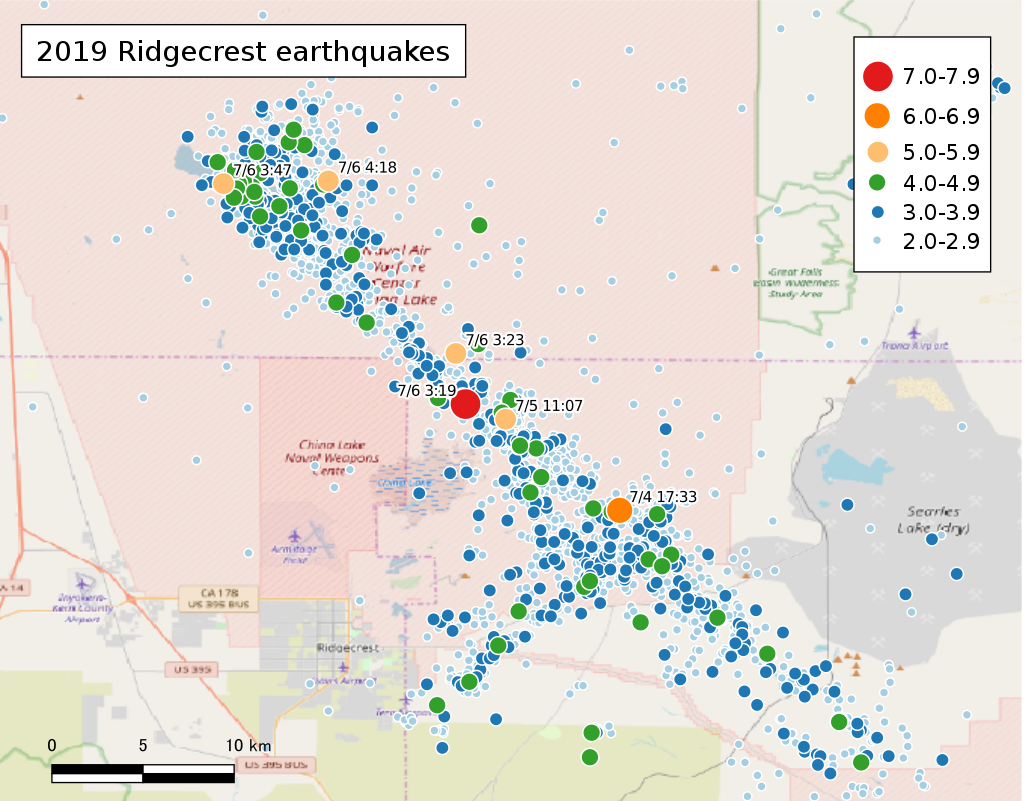 Many early warning systems first identify the quake's location and magnitude, then calculate ground motion for an area based on ground motion prediction equations.

"Each of these steps can introduce an error that can degrade the ground shaking forecast," Wu added.

To address this, the team went for a neural network approach. The algorithms are trained without the researcher pointing out which signals are vital for the network to use in its predictions. The network then learned which features optimally predict the intensity of future tremors directly from the data.

"We’ve noticed from building other neural networks for use in seismology that they can learn all sorts of interesting things, and so they might not need the epicenter and magnitude of the earthquake to make a good forecast," Wu said.

"DeepShake is trained on a preselected network of seismic stations so that the local characteristics of those stations become part of the training data."

"When training a machine learning model end to end, we really think that these models are able to leverage this additional information to improve accuracy."

The team sees DeepShake as complementary to California's ShakeAlert, adding to the tools for early earthquake warning systems.

Datta added, "We’re really excited about expanding DeepShake beyond Ridgecrest, and fortifying our work for the real world, including fail-cases such as downed stations and high network latency."