Tropical Storm "Jangmi" formed late August 8, 2020, as the 5th named storm of the 2020 Pacific typhoon season. The system made landfall on the southern tip of Geoje Island and its remnants are now bringing heavy rain to the country's flood-stricken southeastern region.

In Jeju, which was among the first areas to be affected by Jangmi, 36 domestic flights were canceled as a precautionary measure, Yonhap News Agency reports.

An operation ban was also placed on 15 ships that connect Jeju to other parts of the country via nine routes, with some 2 000 boats docked for safety.

Damage in the landfall region is limited. 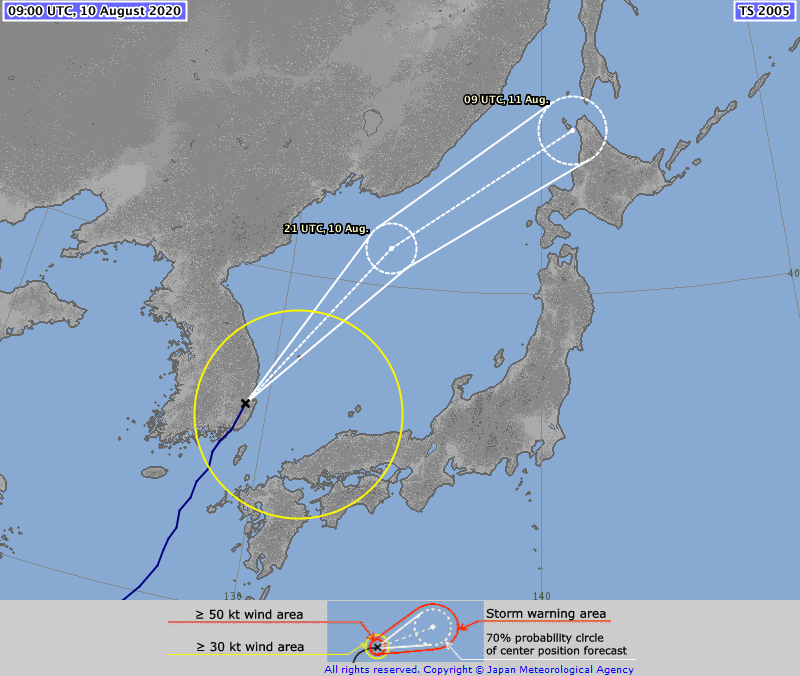 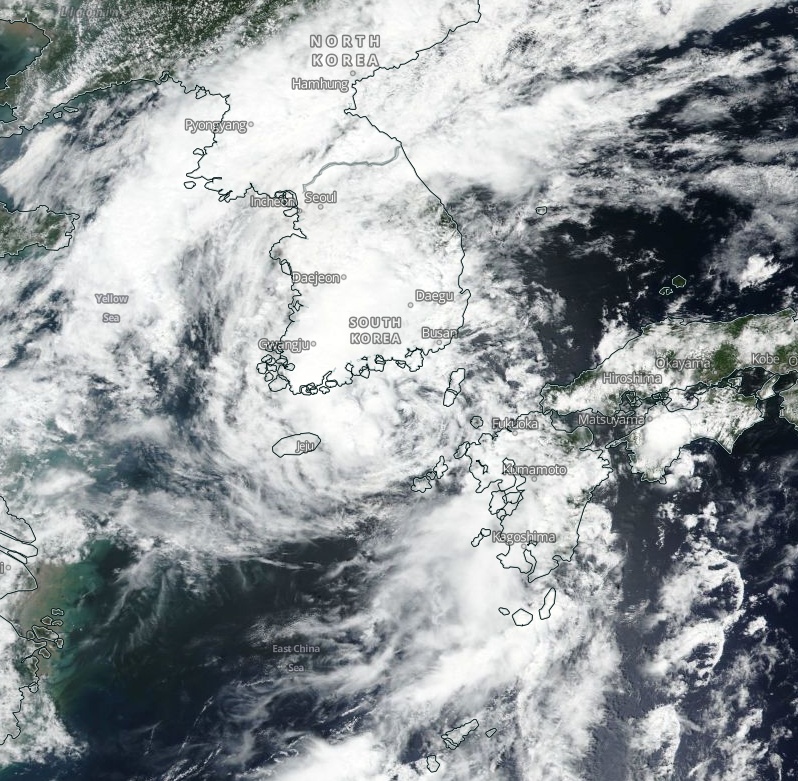 The typhoon has dissipated after making landfall but its remnants are still bringing heavy rain to already soaked and flooded parts of the country which is under unusually long monsoon season.

This year's monsoon season, which began on June 24 in the central region, has shown no signs of letting up, and it is likely to end later than the August 10 record in 1987, Yonhap added.

The monsoon season is also expected to set a fresh record as the longest one after a 49-day record in 2013. The monsoon has continued for 47 days and is likely to exceed 50 days, as seasonal rain is forecast to extend to mid-August.

The seasonal rain, which has pounded the central region with heavy downpours in August, has left 42 people dead or missing and damaged 17 958 facilities. Nearly 7 000 have been displaced from their homes.

The prolonged inclement weather has hampered restoration works nationwide, with only 50 percent of the damaged facilities having been repaired.