It's commonly believed that oxygen first accumulated in the atmosphere about 2.4 billion years ago, when the Great Oxidation Event happened. Geologic clues indicate that early bacteria were pumping out oxygen hundreds of millions of years before then, but something was holding back oxygen's rise. In a new study, a new interpretation of billion-year-old rocks finds that volcanic gases possibly had something to do with it.

"This study revives a classic hypothesis for the evolution of atmospheric oxygen," said lead author Shintaro Kadoya, a UW postdoctoral researcher in Earth and space sciences.

Multicellular life requires a concentrated supply of oxygen, so the accumulation of oxygen is a factor in the evolution of oxygen-breathing life on Earth.

"If changes in the mantle controlled atmospheric oxygen, as this study suggests, the mantle might ultimately set a tempo of the evolution of life," Kadoya added.

The new study builds on a 2019 research that discovered the early Earth's mantle was less oxidized or had more substances that can react with oxygen. The study of ancient volcanic rocks that are up to 3.55 billion years old were gathered from sites such as South Africa and Canada. 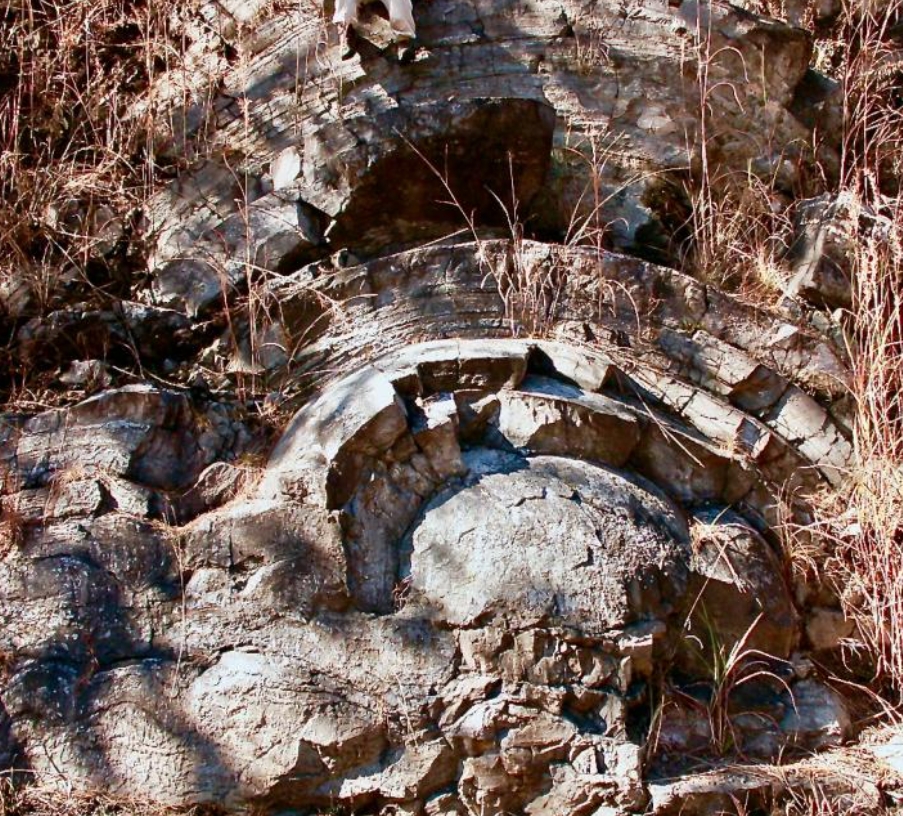 Giant mounds of fossil stromatolites from about 2.5 billion years ago in South Africa. Image credit: David Catling/University of Washington 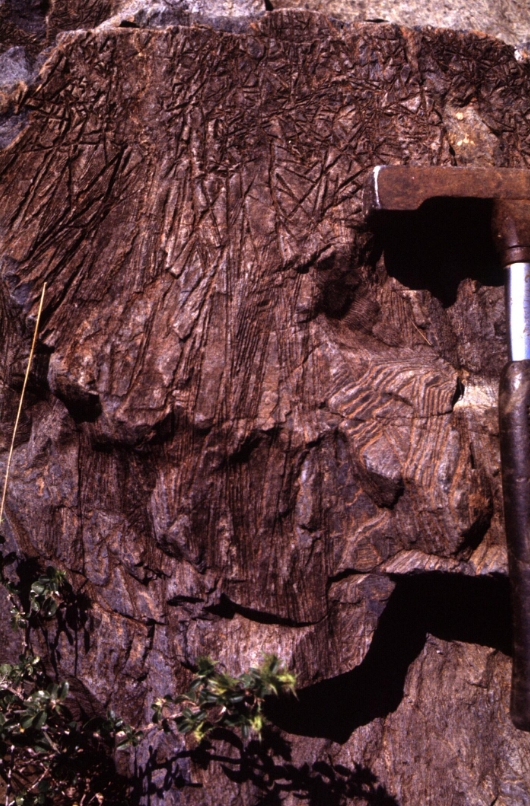 The Archean Eon, when only microbial life was widespread on Earth, was more volcanically active than the present time. Volcanic eruptions are driven by magma, as well as gases that escape even when the volcano is not exploding.

Some of those gases react with oxygen or oxidize. This occurs because oxygen tends to be hungry for electron, so any atom with loosely held electrons reacts with it. For example, hydrogen released by a volcano combines with any free oxygen, eliminating oxygen from the atmosphere.

The chemical composition of the Earth's mantle controls the types of gases and molten rock from volcanoes. A less-oxidized early mantle would generate more of the gases like hydrogen that mix with free oxygen.

The 2019 study shows that the mantle gradually became more oxidized from 3.5 billion years ago to today. The new study combines the data with proof from ancient sedimentary rocks to show a tipping point sometime after 2.5 billion years ago, when oxygen produced by microbes overcame its loss to volcanic gases, beginning to accumulate in the atmosphere.

"Basically, the supply of oxidizable volcanic gases was capable of gobbling up photosynthetic oxygen for hundreds of millions of years after photosynthesis evolved," said co-author David Catling, a UW professor of Earth and space sciences.

"But as the mantle itself became more oxidized, fewer oxidizable volcanic gases were released. Then oxygen flooded the air when there was no longer enough volcanic gas to mop it all up."

"The study indicates that we cannot exclude the mantle of a planet when considering the evolution of the surface and life of the planet."

Aerobic lifeforms, including humans, thrive because of abundant atmospheric O2, but for much of Earth history O2 levels were low. Even after evidence for oxygenic photosynthesis appeared, the atmosphere remained anoxic for hundreds of millions of years until the ~2.4 Ga Great Oxidation Event. The delay of atmospheric oxygenation and its timing remain poorly understood. Two recent studies reveal that the mantle gradually oxidized from the Archean onwards, leading to speculation that such oxidation enabled atmospheric oxygenation. But whether this mechanism works has not been quantitatively examined. Here, we show that these data imply that reducing Archean volcanic gases could have prevented atmospheric O2 from accumulating until ~2.5 Ga with ≥95% probability. For two decades, mantle oxidation has been dismissed as a key driver of the evolution of O2 and aerobic life. Our findings warrant a reconsideration for Earth and Earth-like exoplanets.