Astronomers have detected the brightest and most powerful supernova ever– the explosion was so massive that it was previously thought to be impossible. The SN2016aps supernova, which was observed by the PanSTARRS Survey for Transients on February 22, 2016, in a galaxy 4.5 billion light-years away, has been determined to be 500 times brighter than usual supernova explosions.

"SN2016aps is spectacular in several ways," said astronomer Edo Berger of Harvard University. "Not only is it brighter than any other supernova we've ever seen, but it has several properties and features that make it rare in comparison to other explosions of stars in the universe."

Although it peaked in January 2016, studies and observations were not limited to the timeframe as astronomers continued to analyze how the object dimmed over time. They also looked into data acquired before the peak and discovered that the supernova had been brightening weeks prior to the explosion.

"The intense energy output of this supernova pointed to an incredibly massive star progenitor. At birth, this star was at least 100 times the mass of our Sun," Berger explained.

Astronomer Matt Nicholl of the University of Birmingham noted that the star shed a massive shell of gas as it pulsated violently, in the final years before it exploded.

"The collision of the explosion debris with this massive shell led to the incredible brightness of the supernova. It essentially added fuel to the fire," Nicholl stated. 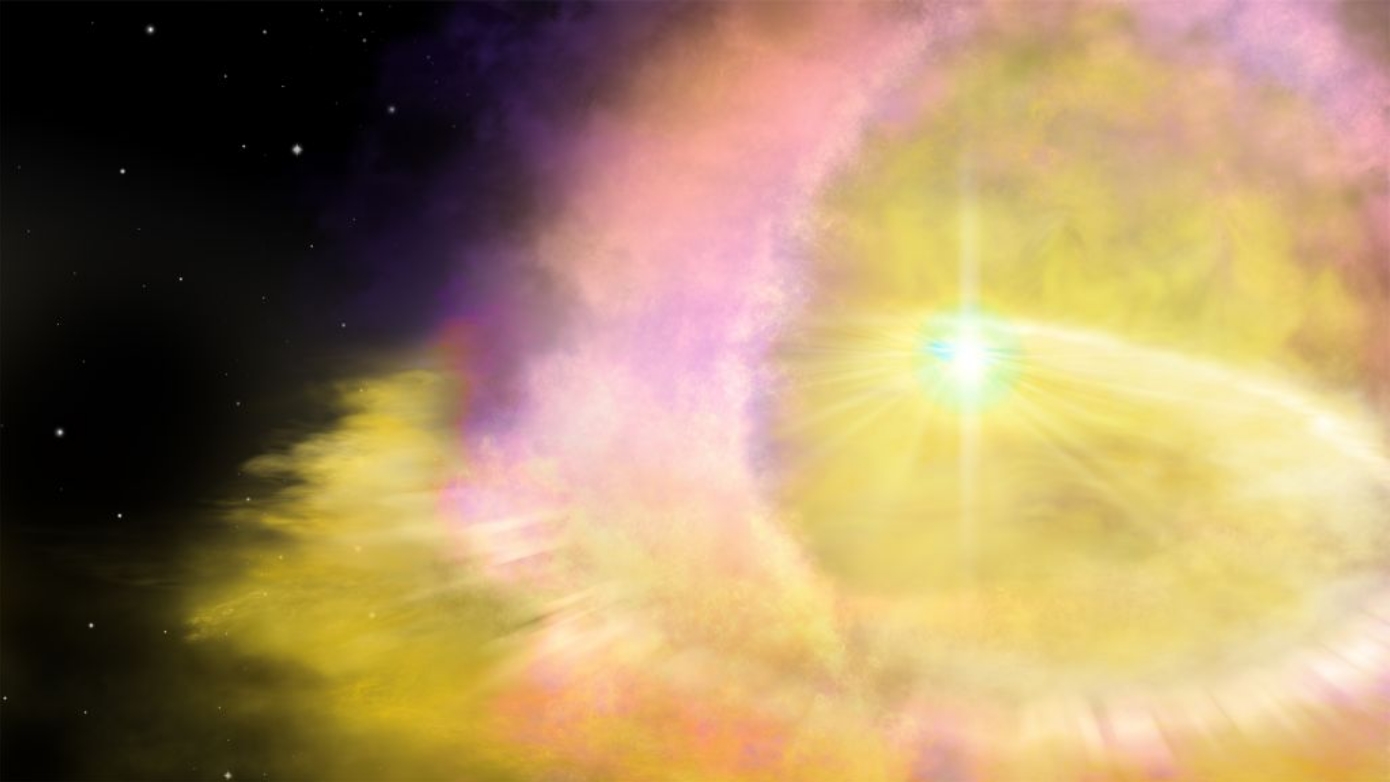 While it's normal for a dying star to shed mass, it's rare for a star to shed that amount in a short timeframe. Research on this will need to be conducted using simulations and models.

The scientists also found high levels of hydrogen, which puzzled them because huge stars usually emit most of their hydrogen before going supernova. It appears that the massive star was a result of two smaller stars that merged.

"That SN2016aps held onto its hydrogen prompted us to theorize that two less massive stars had merged together since lower mass stars hold onto their hydrogen for longer," said Berger.

The merged progenitor star's mass and hydrogen abundance could characterize it as a rare type of supernova only observed in very huge stars rich in hydrogen and helium called a pulsational pair-instability supernova. This event is like a very bright supernova, but only a portion of the star's mass is ejected into space, leaving a lower-mass star that will undergo a real supernova.

Another possibility is a full pair-instability supernova, which is when the core of a massive star is so hot, it generates electron-positron pairs, lessening the radiation pressure that keeps the star from collapsing. This leads to a runaway nuclear explosion that emits the star totally apart, without leaving a remnant of the core.

"The identification of SN2016aps has opened pathways to identifying similar events from the first generations of stars. With the upcoming Large Synoptic Survey Telescope, we can find such explosions from the first billion years in the history of the universe, and there will be plenty of examples then," Berger said.

The interaction of a supernova with a circumstellar medium (CSM) can dramatically increase the emitted luminosity by converting kinetic energy to thermal energy. In ‘superluminous’ supernovae of type IIn—named for narrow hydrogen lines in their spectra—the integrated emission can reach ~1051 erg, attainable by thermalizing most of the kinetic energy of a conventional supernova. A few transients in the centers of active galaxies have shown similar spectra and even larger energies7,8, but are difficult to distinguish from accretion onto the supermassive black hole. Here we present a new event, SN2016aps, offset from the center of a low-mass galaxy, that radiated ≳5 × 1051 erg, necessitating a hyper-energetic supernova explosion. We find a total (supernova ejecta + CSM) mass likely exceeding 50−100 M⊙, with energy ≳1052 erg, consistent with some models of pair-instability supernovae or pulsational pair-instability supernovae—theoretically predicted thermonuclear explosions from helium cores >50 M⊙. Independent of the explosion mechanism, this event demonstrates the existence of extremely energetic stellar explosions, detectable at very high redshifts, and provides insight into dense CSM formation in the most massive stars.