A new study conducted by scientists at the University of New Mexico (UNM) revealed that the Earth and Moon have different oxygen isotopes compositions and are therefore not identical in oxygen as previously believed. Researchers said the findings challenge present studies and understanding of how the Moon formed.

The Giant-Impact Hypothesis or the Theia Impact suggests that the Moon formed from the ejecta of a collision between a Mars-sized planetesimal 'Theia' and the early-Earth 'Gaia' about 4.5 billion years ago. Debris emitted from the massive clash was then bound by gravity, eventually forming as the moon.

This hypothesis explains the many composition similarities between the Earth and its natural satellite. However, it has been difficult to explain why the lunar samples from the Apollo mission unveiled that the two bodies have closely identical oxygen isotopes composition. One probable explanation could be that both had near-identical compositions, to begin with, but it was quite unlikely because all bodies in the solar system have distinct compositions.

The new study indicated another possibility: the Earth and the Moon may be more different than previously thought. 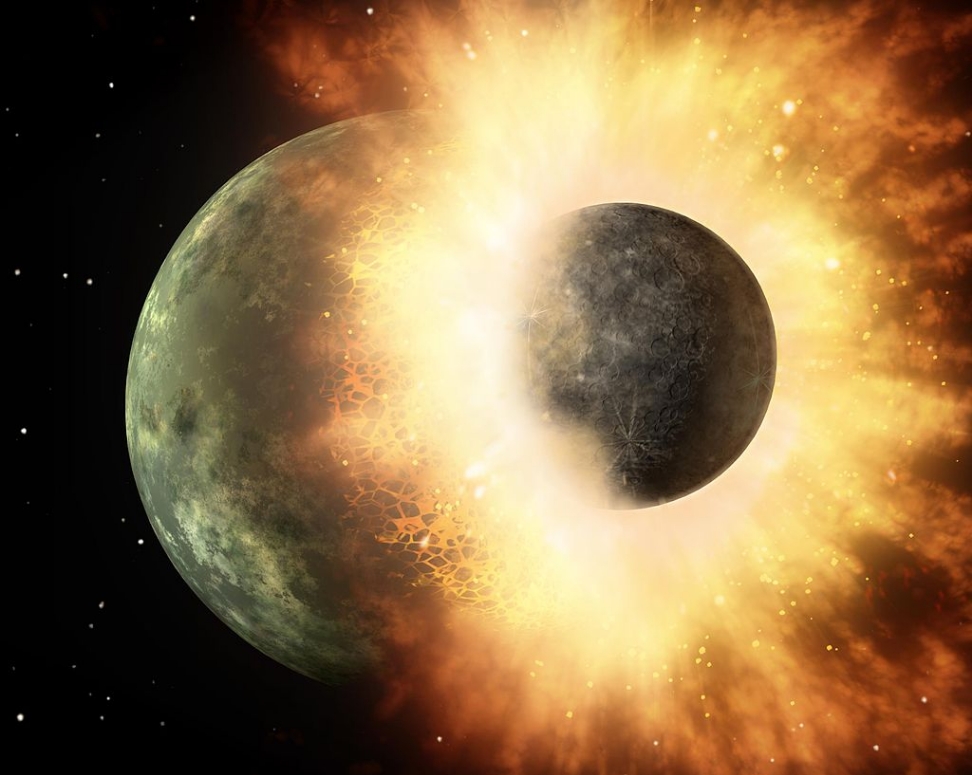 "Our findings suggest that the deep lunar mantle may have experienced the least mixing and is most representative of the impactor Theia," said lead author and research scientist Erick Cano.

"The data imply the distinct oxygen isotope compositions of Theia and Earth were not completely homogenized by the Moon-forming impact and provides quantitative evidence that Theia could have formed farther from the Sun than did Earth."

Cano, along with his colleagues Zach Sharp and Charles Shearer from UNM's Department of Earth and Planetary Sciences, came to their findings after conducting high-accuracy measurements of the oxygen isotopic composition on a range of lunar samples at UNM's Center for Stable Isotopes (CS), which included basalts, norites, highland anorthosites, and volcanic glass. 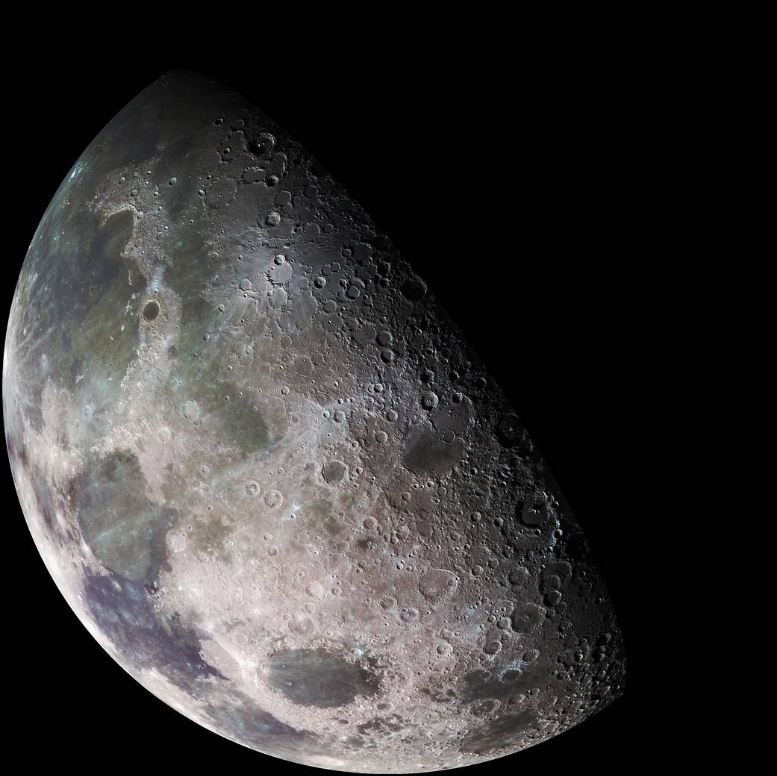 The findings showed that the oxygen isotopic composition varied, depending on the type of rock examined, likely due to the degree of mixing between the molten moon and vapor atmosphere after the impact. Meanwhile, oxygen isotopes from samples collected from the deep lunar mantle were the most different to oxygen isotopes from Earth.

"This data suggests that the deep lunar mantle may have experienced the least mixing and is most representative of the impactor Theia," said Sharp.

"Based on the results from our isotopic analysis, Theia would have an origin farther out from the Sun relative to Earth and shows that Theia's distinct oxygen isotope composition was not completely lost through homogenization during the giant impact."

The researchers noted that this new study's most significant implication is that it gets rid of the need or giant-impact models that include a complete oxygen isotope homogenization between the Moon and the Earth, providing a foundation for future modeling of the lunar impact and formation.

"I think this will open the door for an entirely new range of impact scenarios," said Cano.

The virtually identical oxygen isotope compositions of the Earth and Moon revealed by Apollo return samples have been a challenging constraint for lunar formation models. For a giant impact scenario to explain this observation, either the precursors to the Earth and Moon had identical oxygen isotope values or extensive homogenization of the two bodies occurred following the impact event. Here we present high-precision oxygen isotope analyses of a range of lunar lithologies and show that the Earth and Moon in fact have distinctly different oxygen isotope compositions. Oxygen isotope values of lunar samples correlate with lithology, and we propose that the differences can be explained by mixing between isotopically light vapour, generated by the impact, and the outermost portion of the early lunar magma ocean. Our data suggest that samples derived from the deep lunar mantle, which are isotopically heavy compared to Earth, have isotopic compositions that are most representative of the proto-lunar impactor ‘Theia’. Our findings imply that the distinct oxygen isotope compositions of Theia and Earth were not completely homogenized by the Moon-forming impact, thus providing quantitative evidence that Theia could have formed farther from the Sun than did Earth.