A critical gap in the weather forecast system is being filled through the Sub-seasonal Experiment or SubX project which aims to provide improved forecasts to the National Weather Service (NWS). Scientists working on the next frontier of weather forecasting said they aspire to make weather conditions three to four weeks out to be readily available as seven-day forecasts, which can help public and emergency managers be aware of the lead time needed to prepare for natural hazards.

He continued, "The hardest part is taking all the observations and putting them into the model."

SubX is filling the gap between the prediction of weather and seasonal conditions, which is guided by slowly-evolving ocean conditions such as sea surface temperatures and soil moisture, as well as variability in the climate system that works on weeks.

Scientists needed data on conditions that impact global weather to get to the sub-seasonal scale.

"The SubX public database makes 3-4 week forecasts available right now and provides researchers the data infrastructure to investigate how to make them even better in the future," said  Assistant Professor Kathleen Pegion at George Mason University.

For instance, it gave an accurate prediction on the amount of rainfall from Hurricane "Michael" which was roughly 50 mm (2 inches). It also made a spot-on prediction on the heatwave in Alaska in July, and the polar vortex in the midwestern US and eastern Canada in January. 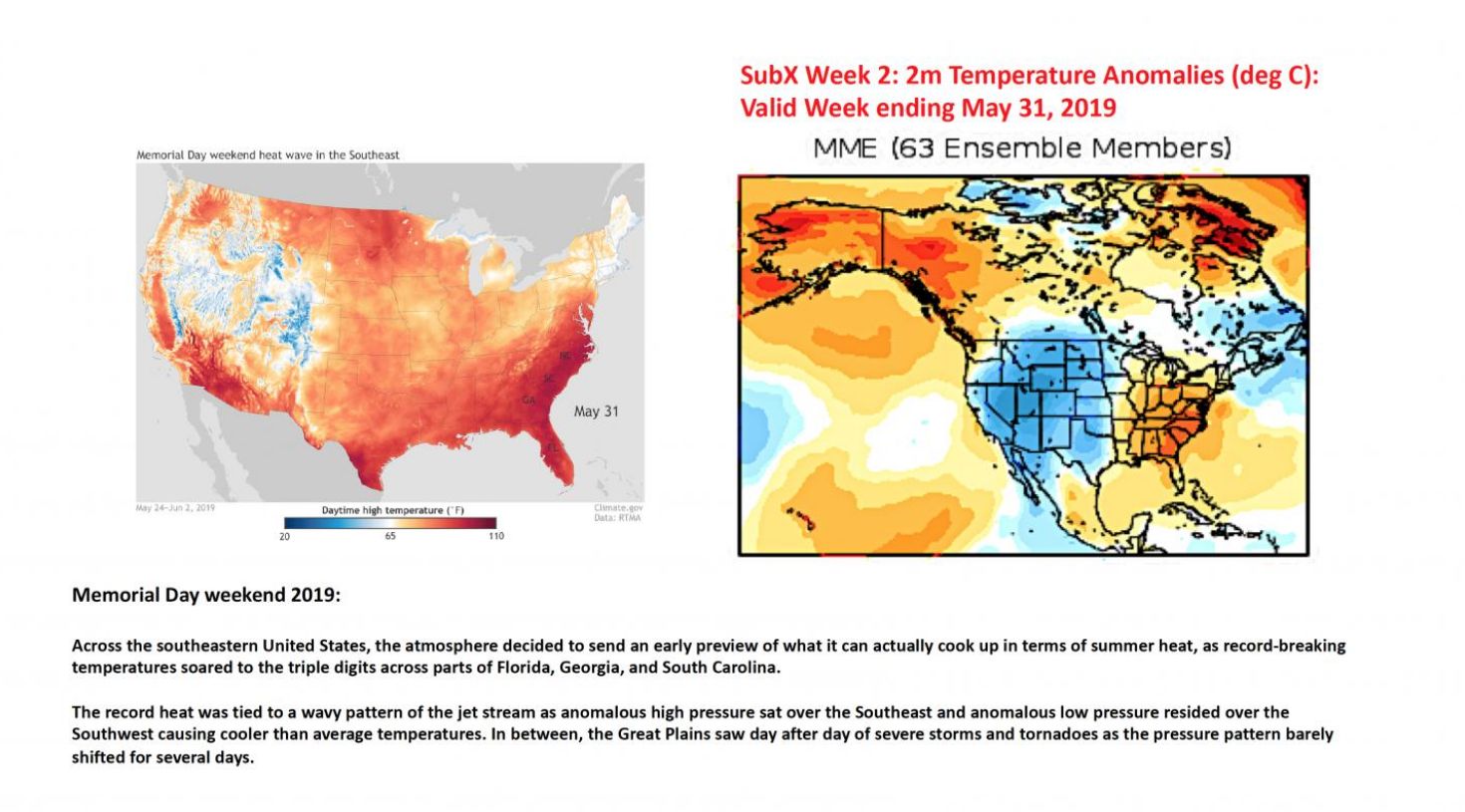 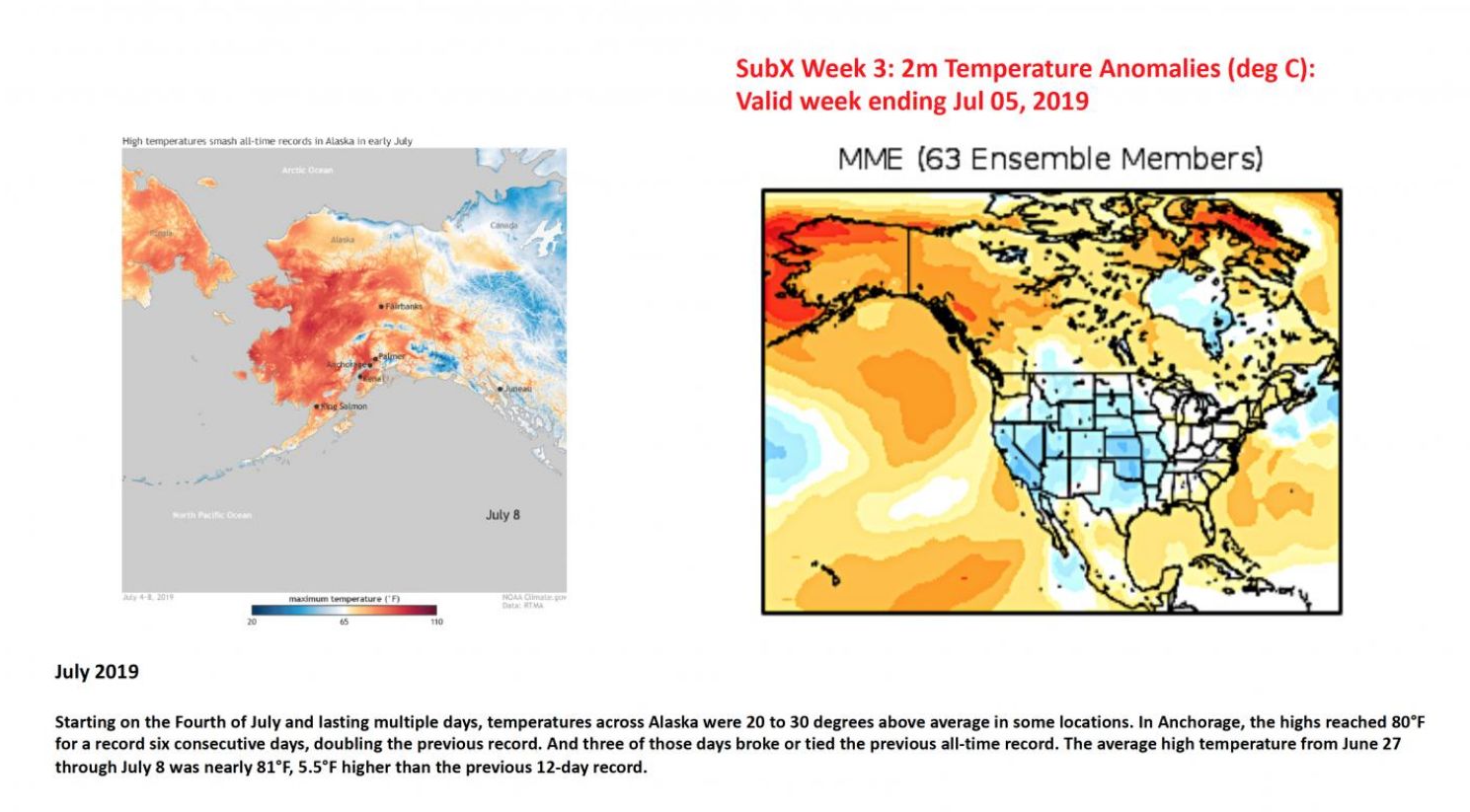 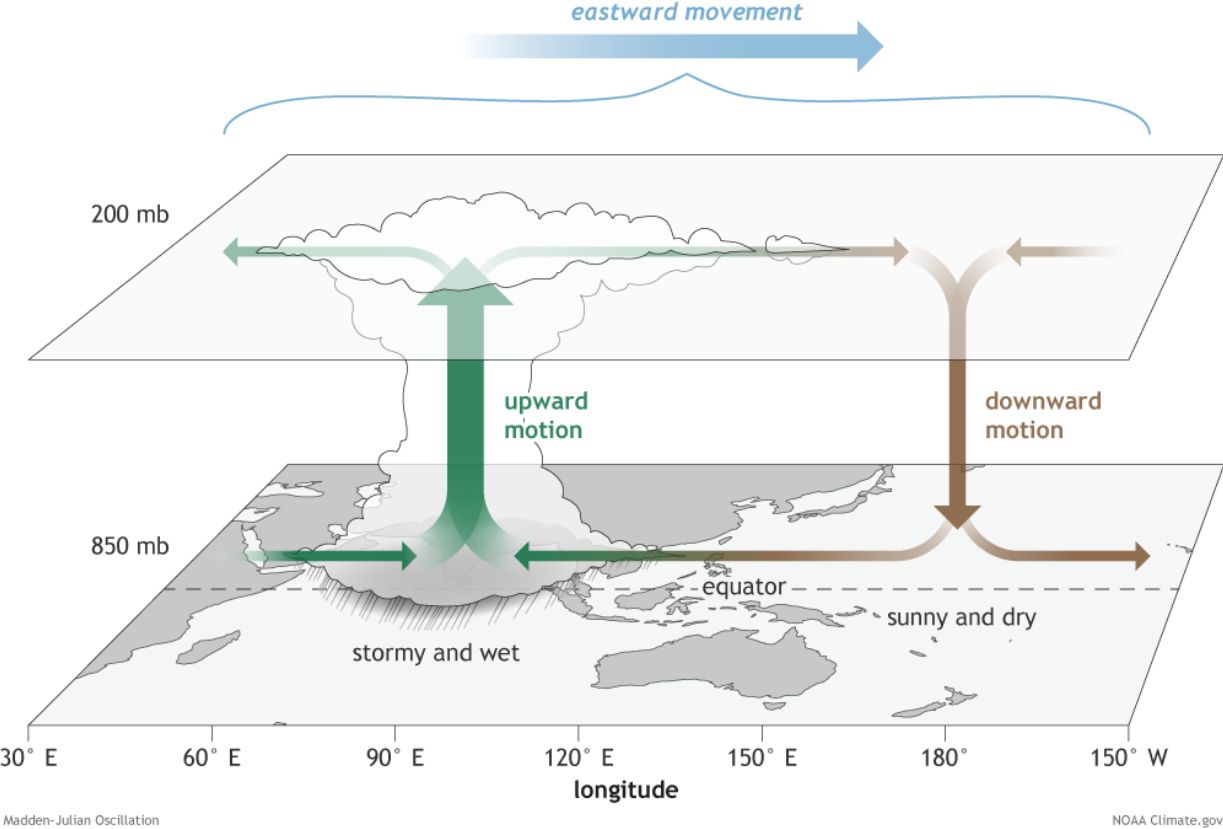 The power to make these predictions require the capacity to compute and store huge data, so the researchers heavily depend on the UM Center for Computational Science (CCS).

CCS resources are critical for them to meet the on-time, in real-time, all-the-time deadlines needed for SubX to be successful.

The publicly available database has 17 years of historical re-forecasts and over 18 months of real-time forecasts for use by the research community and NWS.

"Early warning of heatwaves, extreme cold, flooding rains, flash drought, or other weather hazards as far as 4 weeks into the future could allow for risk reduction and disaster preparedness, potentially preserving life and resources," the researchers pointed out.

"Less extreme, but no less important, reliable probabilistic forecasts about the potential for warmer, colder, wetter, or drier conditions at a few weeks lead are valuable for routine planning and resource management."

The Subseasonal Experiment (SubX) is a multimodel subseasonal prediction experiment designed around operational requirements with the goal of improving subseasonal forecasts. Seven global models have produced 17 years of retrospective (re)forecasts and more than a year of weekly real-time forecasts. The reforecasts and forecasts are archived at the Data Library of the International Research Institute for Climate and Society, Columbia University, providing a comprehensive database for research on subseasonal to seasonal predictability and predictions. The SubX models show skill for temperature and precipitation 3 weeks ahead of time in specific regions. The SubX multimodel ensemble mean is more skillful than any individual model overall. Skill in simulating the Madden–Julian oscillation (MJO) and the North Atlantic Oscillation (NAO), two sources of subseasonal predictability, is also evaluated, with skillful predictions of the MJO 4 weeks in advance and of the NAO 2 weeks in advance. SubX is also able to make useful contributions to operational forecast guidance at the Climate Prediction Center. Additionally, SubX provides information on the potential for extreme precipitation associated with tropical cyclones, which can help emergency management and aid organizations to plan for disasters.