The USGS issued a yellow alert for shaking-related fatalities. Some casualties are possible.

Orange alert was issued for economic losses. Significant damage is likely and the disaster is potentially widespread. Estimated economic losses are less than 1% of GDP of Peru. Past events with this alert level have required a regional or national level response.

Overall, the population in this region resides in structures that are highly vulnerable to earthquake shaking, though some resistant structures exist. The predominant vulnerable building types are mud wall and ductile reinforced concrete frame construction. 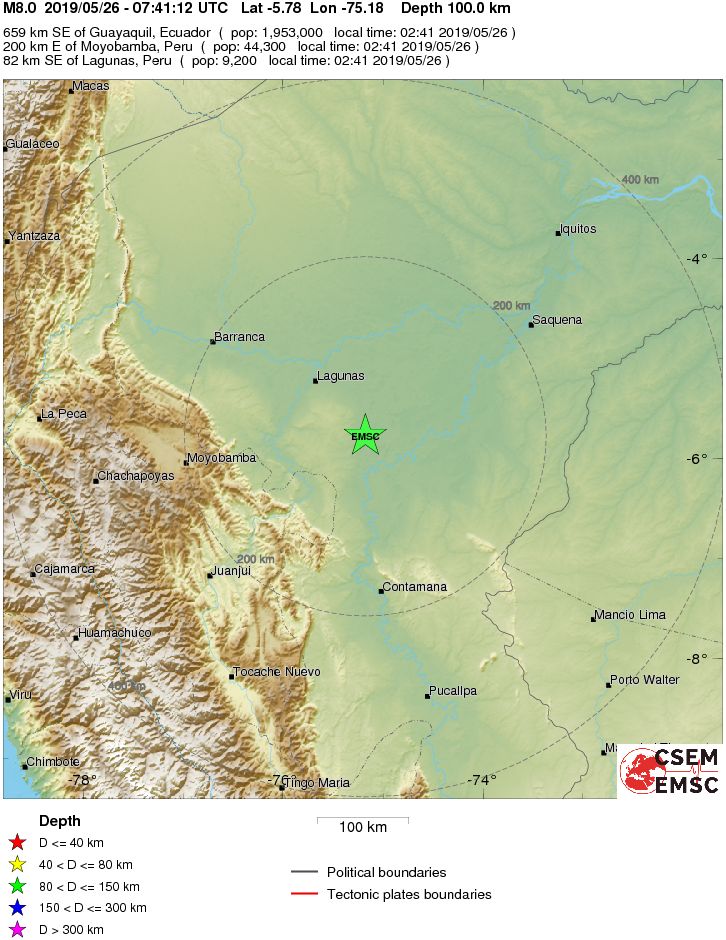 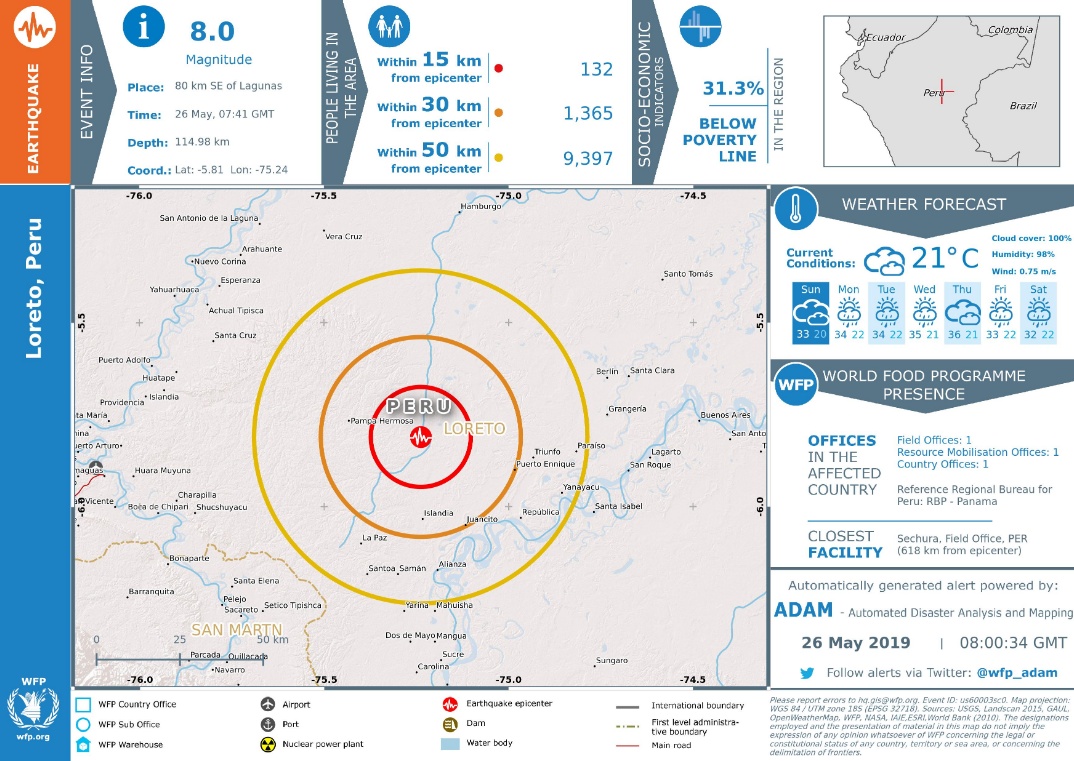 Shaking was reported as far away as capital Lima, 1 280 km (800 miles) south of the epicenter.

Power cuts have been reported across the region.

Numerous homes and buildings were damaged/destroyed.

Two people have died (one in Cajamarca and one in La Libertad Department) and 15 others injured.

According to national authorities, 626 households have been affected, 739 buildings damaged including 66 schools and 28 health centers, and two bridges have collapsed.

The Government has declared a state of emergency for several districts in the Alto Amazonas and Datem del Marañón (Loreto Department), Cajabamba and San Marcos (Cajamarca Department) provinces. 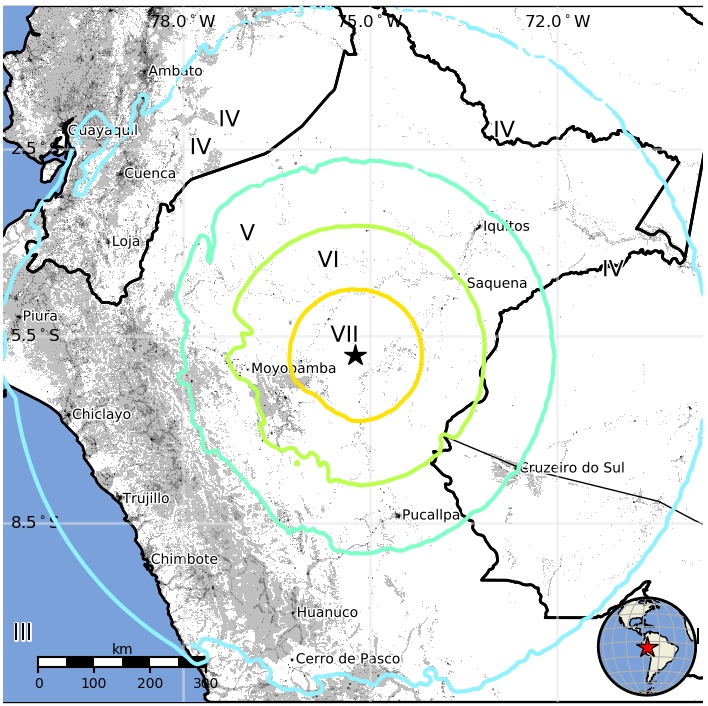 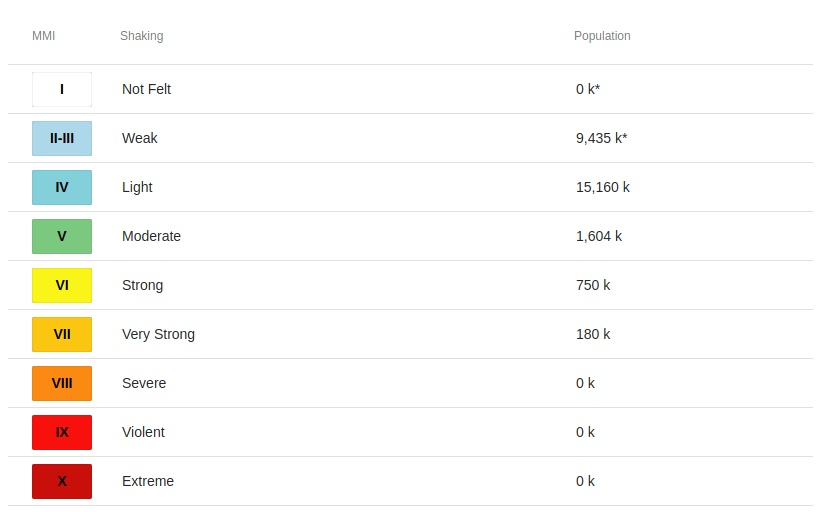 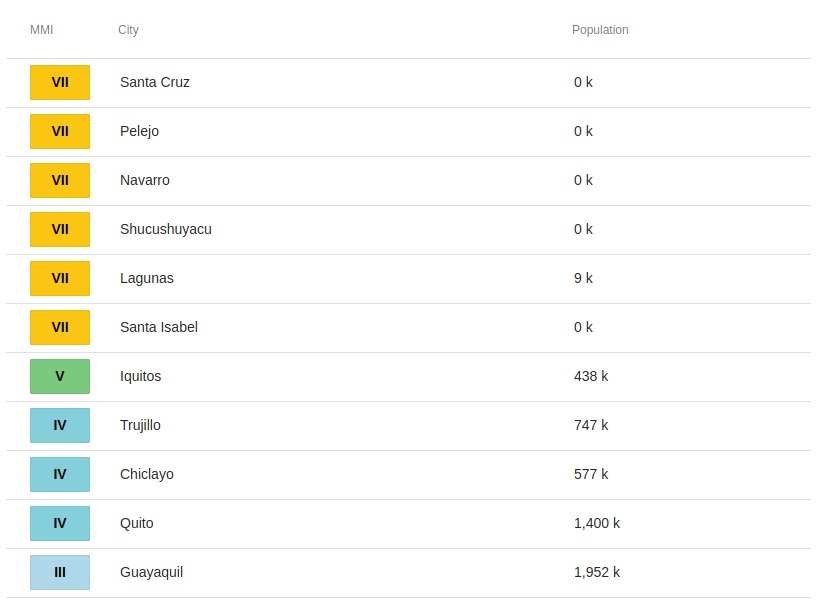 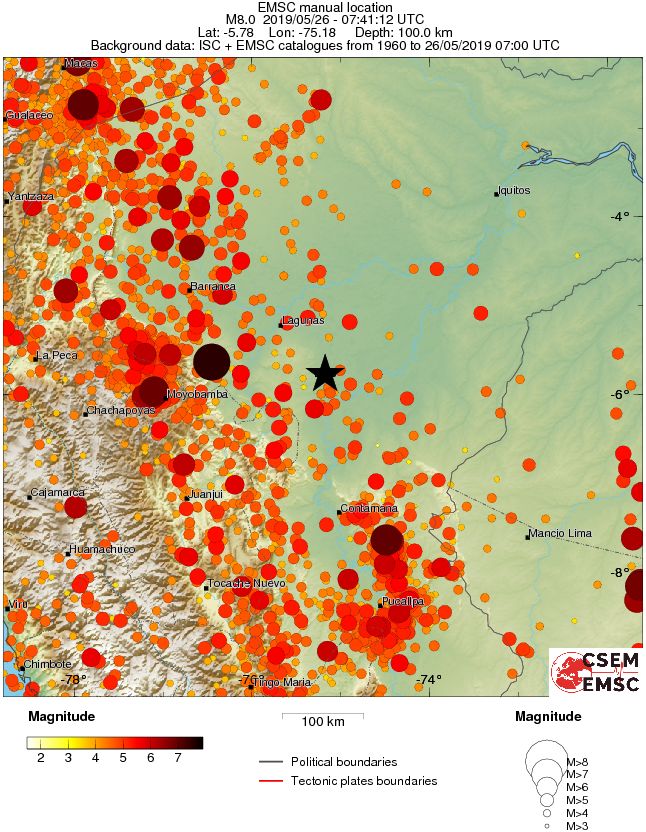