A strong and shallow earthquake registered by the USGS as M6.1 hit Luzon, Philippines at 09:11 UTC on April 22, 2019. The agency is reporting a depth of 40.2 km (24.9 miles). EMSC is reporting the same magnitude and depth. This earthquake can have a medium humanitarian impact based on the magnitude and the affected population and their vulnerability.

PHIVOLCS is reporting M6.1 at a depth of 10 km (6.2 miles). Small-magnitude earthquakes followed afterwards, and as of 08:00 LT on April 23, 421 aftershocks have been recorded by the PHIVOLCS-DOST seismic monitoring network.

At least 12 people have died in the town of Porac, NW of Manila, after a wall of a supermarket collapsed. At least 14 remain missing.

Pampanga Governor Lilia Pineda said almost all concrete electric posts in Lubao have fallen down, knocking out electricity in the province.

Large cracks were reported on the roads across the province.

The quake injured 81 people and damaged 29 buildings across Luzon.

The strong ground shaking near the epicentral area resulted to damages to some buildings, roads, and bridges.

Overall, the population in this region resides in structures that are a mix of vulnerable and earthquake resistant construction. The predominant vulnerable building types are unknown/miscellaneous types and heavy wood frame construction. 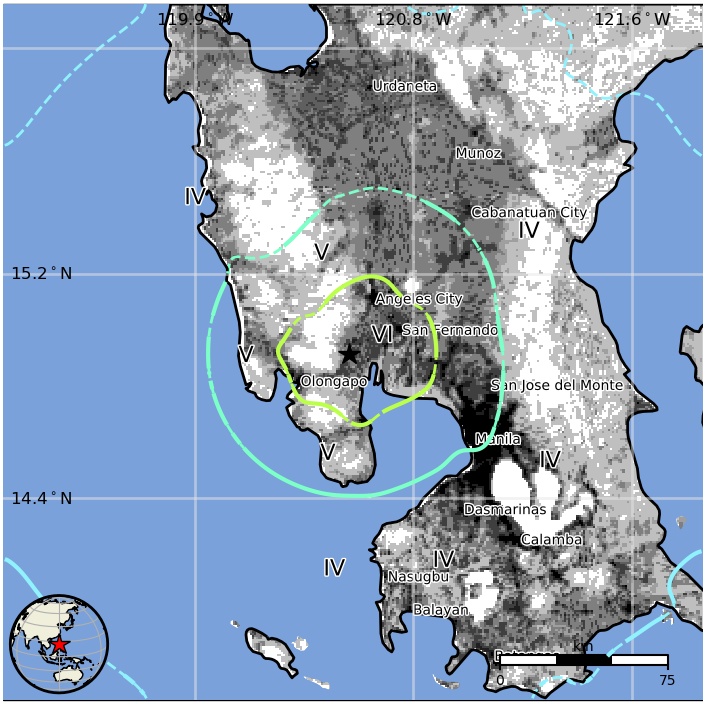 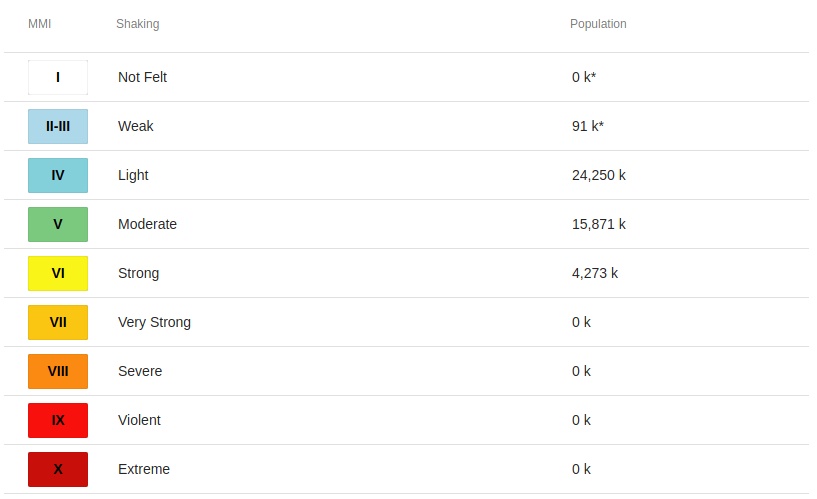 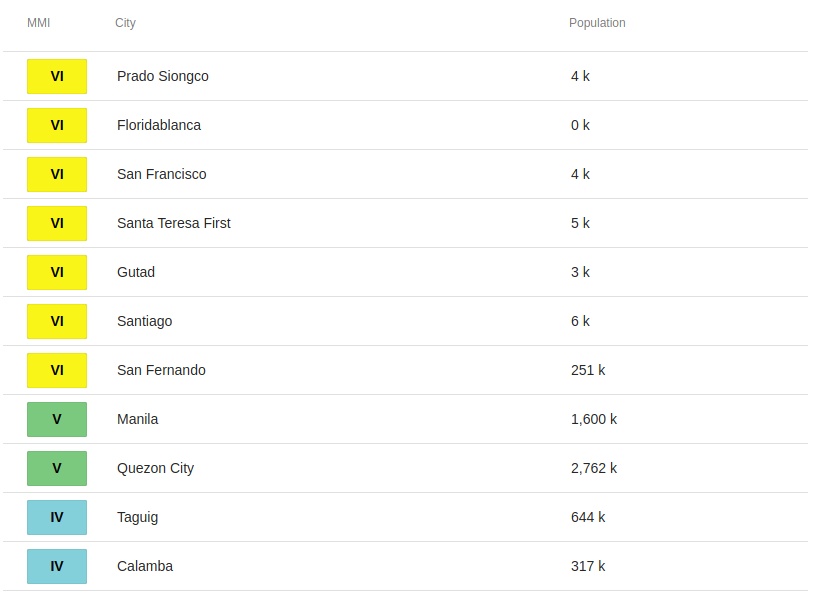 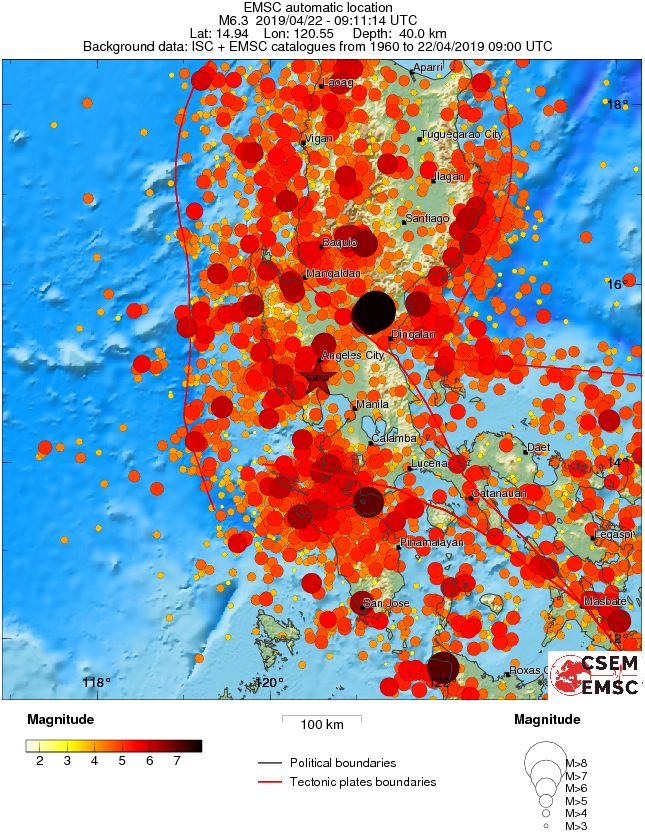