Meteorologist Dr. Harold Brooks appeared on AMHQ recently, speaking about Tornado Alley and his recent study about spatial trends in United States tornado frequency. While it's evident that tornadoes are shifting east, the reasons why this is happening are still unknown.

Dr. Brooks is one of the authors of a recent study published in the journal Climate and Atmospheric Science in which researchers claim that states like Mississippi, Alabama, Arkansas, Missouri, Illinois, Indiana, Tennessee and Kentucky are seeing more tornadoes than at the end of the 1970s.

"It's not just that the number of tornadoes appear to be increasing over the mid-south…but that the ingredients are coming together more often there," he said.

"We show that national annual frequencies of tornado reports have remained relatively constant, but significant spatially-varying temporal trends in tornado frequency have occurred since 1979. Negative tendencies of tornado occurrence have been noted in portions of the central and southern Great Plains, while robust positive trends have been documented in portions of the Midwest and the Southeast United States." 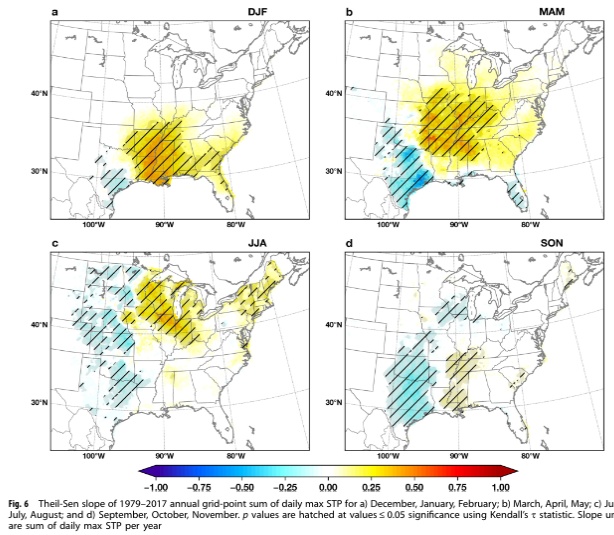 Brooks is an American meteorologist whose research is concentrated on severe convective storms and tornadoes, particularly severe weather climatology, as well as weather forecasting.