An international team of scientists announced a remarkable discovery of one of the youngest large asteroid impact craters on Earth. The crater is buried under 1 km (0.62 miles) of ice in a remote area of northwest Greenland. The finding was published in the November 14 issue of the journal Science Advances.

Measuring 31 km (19 miles) from one edge to the other, this is one of the 25 largest known impact craters on Earth, and the first found under any of our planet's ice sheets.

The crater was first spotted in July 2015, while the researchers were inspecting a new map of the topography beneath Greenland's ice sheet that used ice-penetrating radar data.

The study reveals evidence suggesting a 1 km (0.62 miles) wide asteroid slammed into the very edge of the ice sheet in northwestern Greenland, under what is now known as Hiawatha Glacier, perhaps as recently as 12 000 years ago. 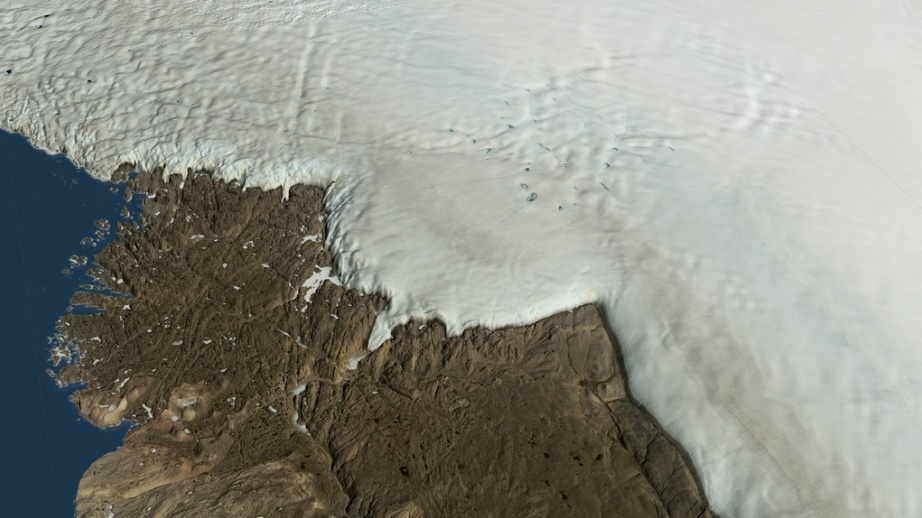 "The crater is exceptionally well-preserved and that is surprising because glacier ice is an incredibly efficient erosive agent that would have quickly removed traces of the impact," said Kurt Kjær, a professor at the Center for GeoGenetics at the Natural History Museum of Denmark and lead author of the study. 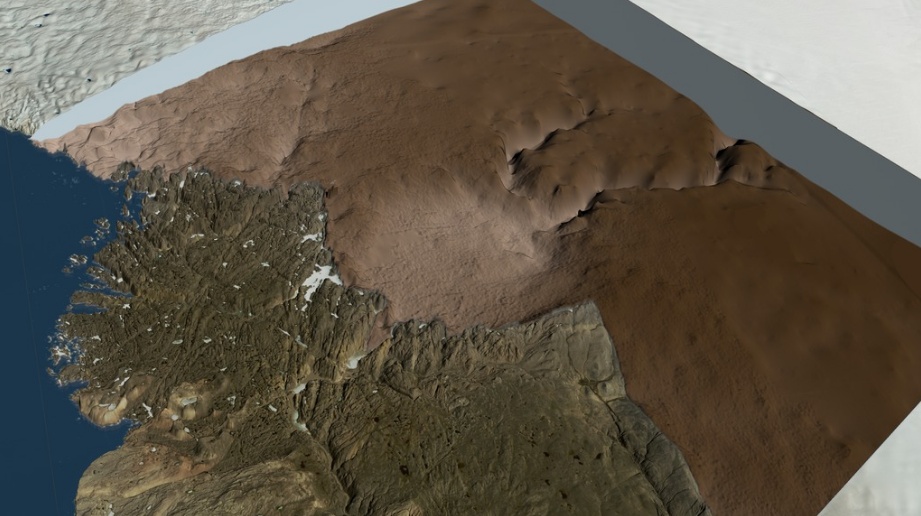 A still image showing the ice sheet removed in the region around the Hiawatha Glacier. The bed topography under the ice clearly shows the Hiawatha crater. Credit: NASA's Scientific Visualization Studio

"We’ve collected lots of radar-sounding data over the last couple of decades, and glaciologists put these radar-sounding datasets together to produce maps of what Greenland is like underneath the ice," said co-author John Paden, courtesy associate professor of electrical engineering & computer science at Kansas University and associate scientist at Center for the Remote Sensing of Ice Sheets (CReSIS).

"For the most part, the crater isn’t visible out the airplane window," Paden said. "It’s funny that until now nobody thought, ‘Hey, what’s that semicircular feature there?’ From the airplane, it is subtle and hard to see unless you already know it’s there. Using satellite imagery taken at a low sun angle that accentuates hills and valleys in the ice sheet’s terrain — you can really see the circle of the whole crater in these images."

Pleistocene is most consistent with inferences from presently available data, authors say. However, even this broad range in time remains 'uncertain.' Southwest of the crater, the team has found a region rich in possible debris ejected from the impact, which could help to narrow the date range.

"There would have been debris projected into the atmosphere that would affect the climate and the potential for melting a lot of ice, so there could have been a sudden freshwater influx into the Nares Strait between Canada and Greenland that would have affected the ocean flow in that whole region," Paden said.

"The evidence indicates that the impact probably happened after the Greenland Ice Sheet formed, but the research team is still working on the precise dating."

Asteroid impacts such as this one have major consequences on Earth's climate and life on it.