This object belongs to the Apollo group of asteroids. It was first observed at Catalina Sky Survey on April 14, just hours before its closest approach.

"According to Wikipedia, 2018 GE3 is the largest known asteroid to pass that close to Earth in observational history," said amateur astronomer Michael Jäger. "It was shining like a 13th magnitude star at the time of my observations." 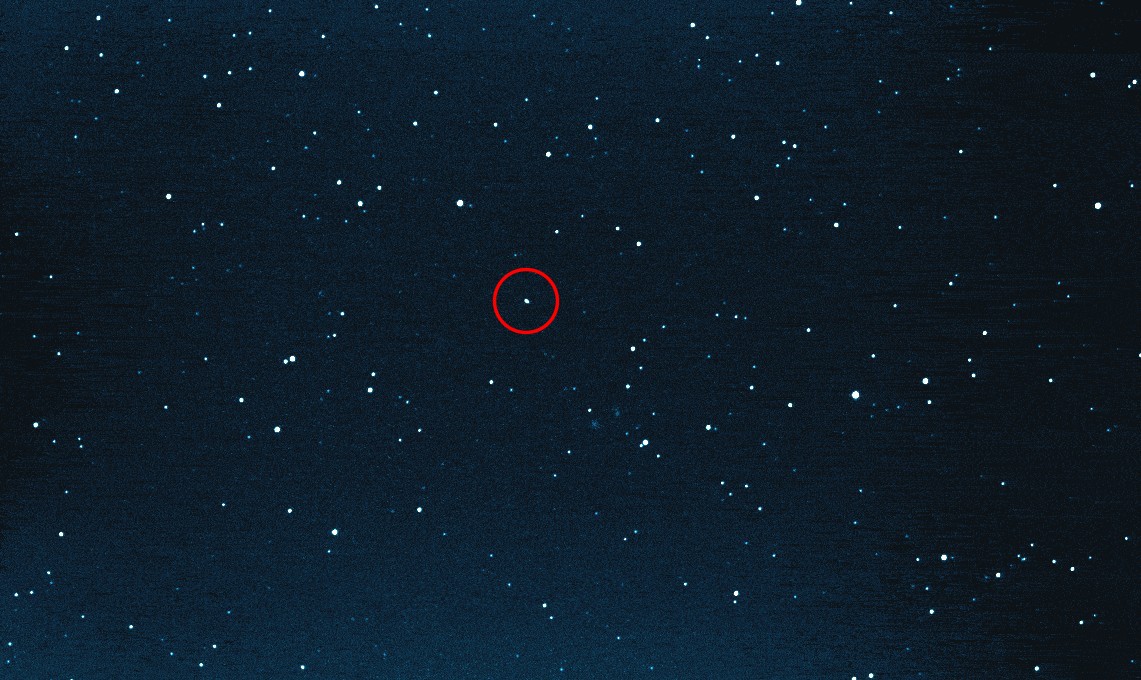 Asteroid 2018 GE3 by Michael Jäger. Click the image or here to load the animation.

Featured image: The green line indicates the object's apparent motion relative to the Earth, and the bright green marks are the object's location at approximately one-hour intervals. The Moon's orbit is grey. The blue arrow points in the direction of Earth's motion and the yellow arrow points toward the Sun. Credit: Minor Planet Center.