At least 5 people were injured, including a 17-year-old boy who broke his leg after falling from his bed, the Japanese media reported.

Some 100 households lost water and 50 households were left without electricity in the city of Oda, where the government requested the dispatch of a Self-Defense Forces unit to assist in distributing water to affected residents.

Officials confirmed damage to some buildings and cracks in roads.

Although the epicenter is just 50 km (31 miles) south of Shimane nuclear power plant, the owner said there were no abnormalities found at the plant.

JMA urged residents to stay vigilant as more strong quakes are possible in the coming week or so.

"We want the areas that experienced strong tremors to be on guard in the coming week or so against quakes that could be as powerful as the upper five," JMA official Toshiyuki Matsumori said, referring to a Japanese seismic scale with a maximum intensity of seven.

Several strong tremors have already been felt in the region. 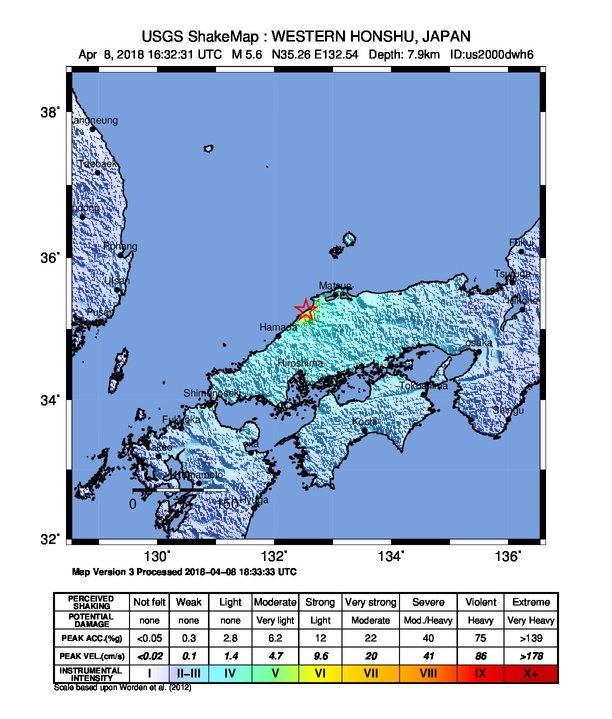