The excess positrons arriving at Earth must have a more exotic origin than nearby pulsars, report researchers.

Their results are based on observations from the High-Altitude Water Cherenkov (HAWC) gamma-ray observatory in Mexico, which detects the shower of particles created when high-energy gamma rays smash into Earth's atmosphere. To date, several cosmic ray detectors have found more positrons arriving at Earth than expected. 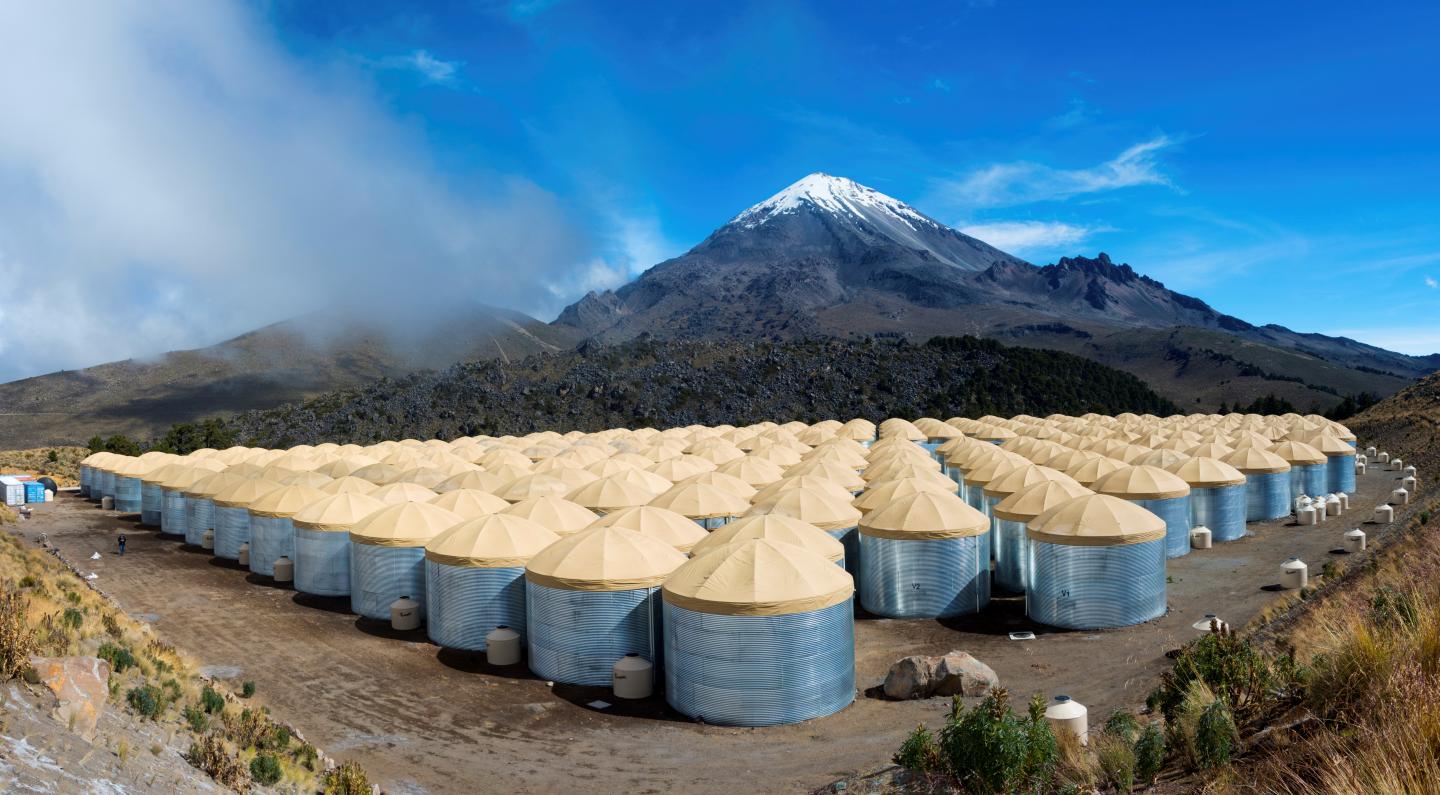 An image of the HAWC detector consisting of 300 large (188 000 liters / 50k gallon) water tanks, each with 4 photodetectors. HAWC is located at an altitude of 4100 m above sea level inside the Parque Nacional Pico de Orizaba, in Mexico. This material relates to a paper that appeared in the 17 Nov. 2017, issue of Science, published by AAAS. The paper, by A.U. Abeysekara at University of Utah in Salt Lake City, UT, and colleagues was titled, 'Extended gamma-ray sources around pulsars constrain the origin of the positron flux at Earth.' Credit: Jordan A. Goodman

Previous research has suggested that pulsars are likely sources of these extra particles, and a handful of known pulsars are both sufficiently close and sufficiently old to be prime sources.

Now, A. U. Abeysekara and colleagues have used HAWC to observe two suitable pulsars, finding extended emission of gamma rays around them. Because the extended emission is generated by high-energy electrons and positrons, studying the properties of these emissions helped the researchers calculate how far positrons generated by the pulsars could diffuse through space.

Their results demonstrate that positrons generated by these pulsars are not able to reach all the way to Earth.

The excess positrons arriving at our planet must have a more exotic origin, the authors say – perhaps due to annihilation or decay of dark matter particles, among other possibilities.

Provided by American Association for Advancement of Science

Featured image: An image of the HAWC detector consisting of 300 large (188 000 liters / 50k gallon) water tanks, each with 4 photodetectors. Credit: Jordan A. Goodman