Saline lakes around the world are shrinking in size at alarming rates. Lakes like Utah's Great Salt Lake, Asia's Aral Sea, the Dead Sea in Jordan and Israel, China's huge Lop Nur and Bolivia's Lake Popo are just a few that are in peril. These lakes and others like them are suffering massive environmental problems according to a group of scientists and water managers in Utah and Montana.

Saline lakes are critically important for wildlife, industry, and human health. They provide habitat for migrating birds, minerals for extractive industries, and recreational opportunities, all of which are economically important. The Great Salt Lake, for example, has an economic value of $1.32 billion per year.

When full, saline lakes protect nearby residents from dust storms created by the dry lakebeds. This dust causes asthma and other respiratory diseases as demonstrated after the desiccation of the Aral Sea and California's Owens Lake. Although these lakes grow and shrink with natural climate cycles, human withdrawals of water create a persistent demand that lowers lake levels -sometimes drastically. 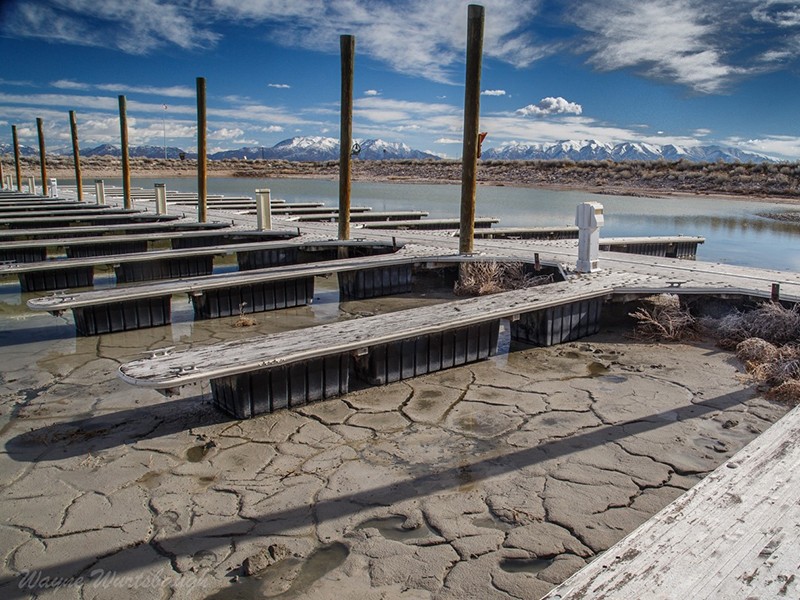 The dried marina at Antelope Island became inaccessible as the lake shrunk, limiting boating on the lake. Credit: Wayne Wurtsbaugh 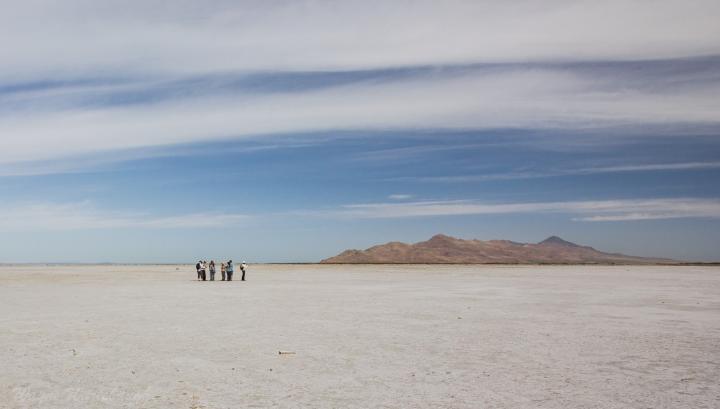 Focusing on the Great Salt Lake, the authors created a water balance that demonstrates how water development for agriculture and other uses over the last 160 years has caused the lake to decline approximately 3.3 m (11 feet) and lose nearly 50% of its area. This has degraded habitat for the huge migrations of birds that use the lake for nesting and feeding, caused problems for mineral extraction and recreational use, and exposed nearby Salt Lake City to increasing dust storms from the exposed lakebed.

"Although the lake has risen and fallen with droughts and floods in recent decades, the persistence of water diversions has decreased the lake's level about 11 feet and exposed a lot of lake bed. The state's plans to continue developing water in the basin will only worsen the problem."

Instead, the researchers argue that additional water resources, approximately 29%, must be found to bring the lake back to a healthy state. 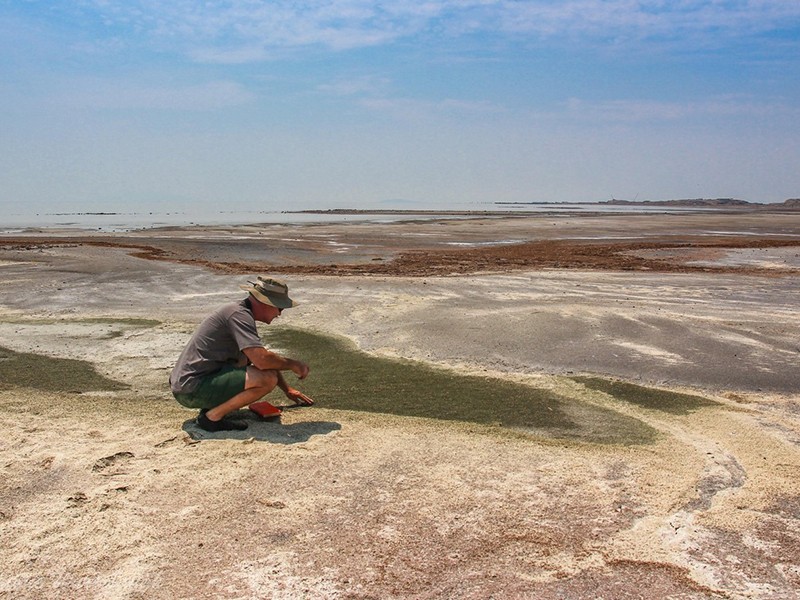 A researcher examines organisms left behind in a puddle on the drying shore of Great Salt Lake. Credit: Wayne Wurtsbaugh

"The state has had some success in water conservation for households, but since water for agriculture represents over 60% of water use, domestic conservation represents only a minor reduction," says Wurtsbaugh. "Reductions in water use from all sectors will be needed if we are to solve this problem."