A deadly rockfall occurred in Yosemite National Park from El Capitan, a granite monolith above Yosemite Valley at 13:52 PDT (20:52 UTC) on September 27, 2017. The incident happened at the height of the climbing season.

The release point appears to be near the "Waterfall Route", a popular climbing route on the East Buttress of El Capitan, park officials said. This is the area where Horsetail Fall flows in winter and spring conditions.

There is one confirmed fatality and one injured person who was transported to receive medical care outside of the park.

Witnessed the Yosemite Valley El Capitan rockslide from Half Dome this afternoon. Sorry to hear at least one fatality.

#WATCH LIVE: Aerial views of rock slide on Yosemite's El Capitan that killed one and injured another. https://t.co/XYh4M2UnpC pic.twitter.com/nK0wHGWVBB

Officials didn’t provide details on the size of the rockfall, but climbers posted pictures on social media from hundreds of feet up the wall showing billowing white dust moments after the crash.

"I saw a piece of rock, white granite the size of an apartment building, at least 30 x 30 m (100 x 100 feet), suddenly just come peeling off the wall with no warning," said Canadian climber Peter Zabrok, 57, who was scaling El Capitan and was above the rock fall, as reported by AP.

Rock falls are common in Yosemite but seldom fatal.

At least 30 climbers were on the wall at the time, but it was not clear if the victims were climbers or tourists, ranger Scott Gediman said. 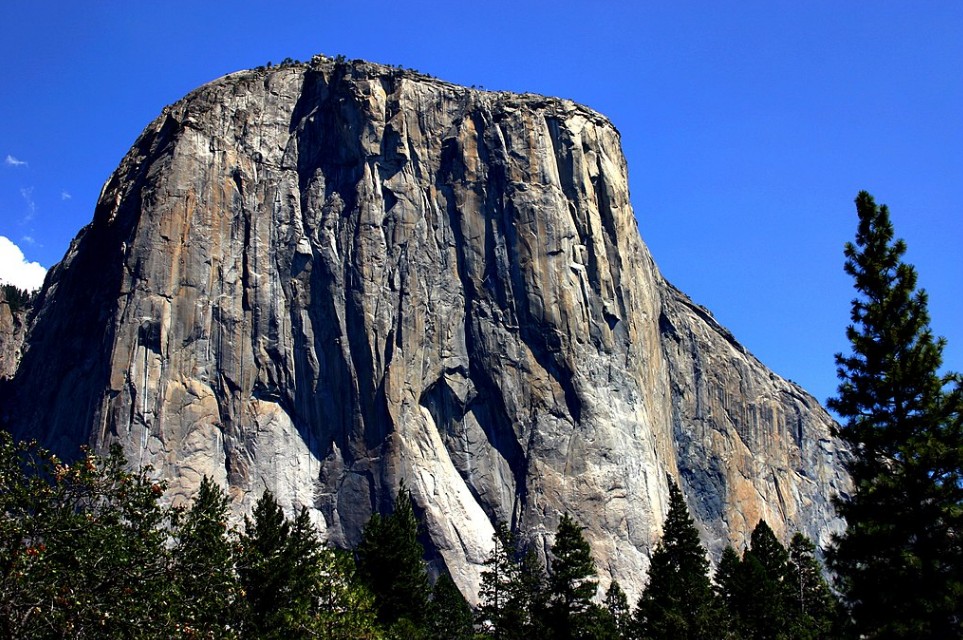 El Capitan (Spanish for The Captain, The Chief) is a vertical rock formation in Yosemite National Park, located on the north side of Yosemite Valley, near its western end.

The granite monolith extends about 900 m (3 000 feet) from base to summit along its tallest face and is one of the world's favorite challenges for rock climbers and BASE jumpers.

The top of El Capitan can be reached by hiking out of Yosemite Valley on the trail next to Yosemite Falls, then proceeding west. For climbers, the challenge is to climb up the sheer granite face.

After the initial rockfall, Yosemite National Park Rangers and the Search and Rescue team entered the area looking for people at the base of the rockfall. Two people were found, resulting in one fatality and a serious injury. The victims, a couple visiting the park from Great Britain, were in the park to rock climb but were not climbing at the time of the initial rockfall. The male was found deceased and the female was flown out of the park with serious injuries. The National Park Service is working with the Consulate to notify family members. Until family notifications are completed, the names of the victims are not being released. All other people in the area have been accounted for and search efforts have been concluded.

Rockfalls are a common occurrence in Yosemite Valley and the park records about 80 rockfalls per year; though many more rockfalls go unreported.

The rockfall from El Capitan was similar in size and extent compared with other rockfalls throughout the park, though it is not typical that there were victims.

It has been 18 years since the last rockfall-related fatality in Yosemite National Park. In that incident, rock climber Peter Terbush was killed by a rockfall from Glacier Point June 13, 1999. There have now been 16 fatalities and more than 100 injuries from rockfalls since park records began in 1857.

Yosemite National Park remains open and visitor services are not affected by the rockfalls.