The new fissure is oriented roughly north-south, and it parallels other fissures in the Tator Hills Earth Fissure Study Area. Fissures at Tator Hills were first observed in 1977, and by 2009 over 17.7 km (11 miles) of fissures were mapped there.

The width and depth of the new fissure varies dramatically along its length; from a narrow, inch-wide crack to a shallow crevice up to 3 m (10 feet) wide and 7.6 – 10.6 m (25 – 30 feet) deep, according to the Arizona Geological Survey.

At 2.9 km (1.8 miles) in length, this newest fissure is more than 800 m (0.5 miles) longer than other area fissures. Unlike older fissures in the Tator Hills, this fissure is free of vegetation, commensurate with having formed over just the past several years. 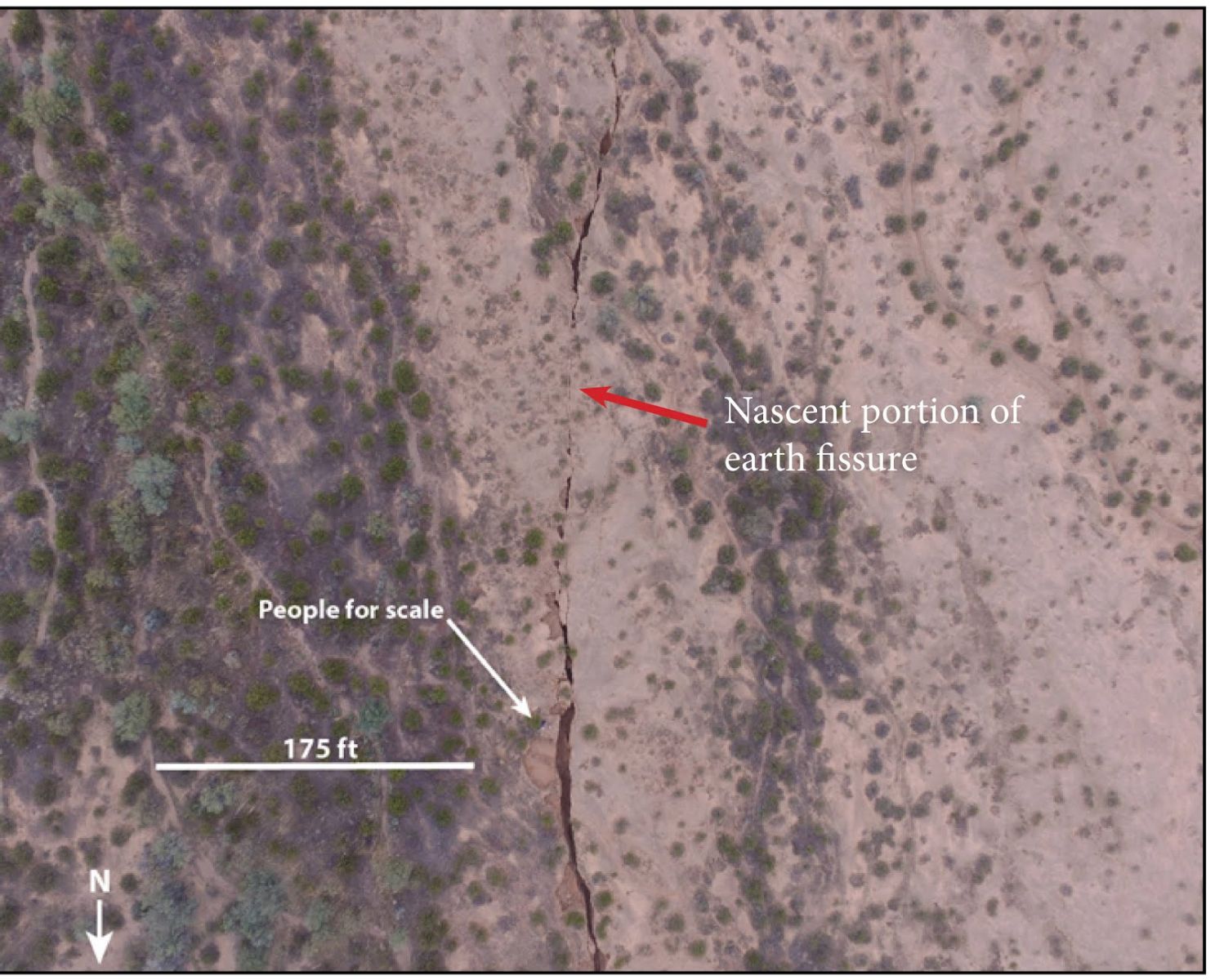 The onset of fissuring began in the north before extending southward and may have coincided with heavy rains in fall 2014. The southern portion of the fissure postdates the December 2014 imagery.

In Arizona, fissures first appeared near Eloy in 1929 and are now identified and mapped in basins in Cochise, La Paz, Maricopa, Pima and Pinal Counties.