Newly-discovered 2017 BX will get its orbit bent as it passes through Earth/Moon system on 1/25.
click4simulation: https://t.co/UId3saKCHj pic.twitter.com/I1rLhn3X21

The following chart  shows the current total number of known near-Earth asteroids (as of January 21, 2017) grouped according to their estimated sizes. The first size bin represents NEAs smaller than ~30 m (98 feet) in diameter. The last bin represents NEAs with diameters larger than ~1km (0.62 miles). 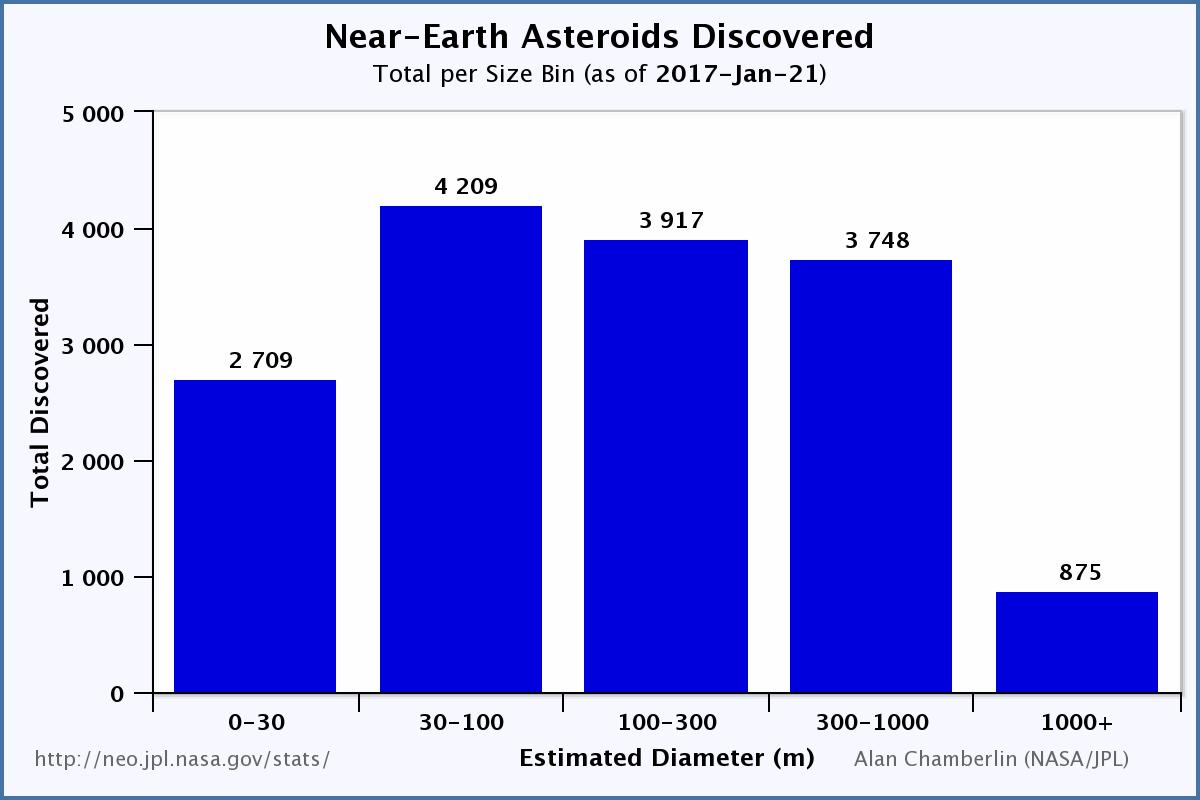 Featured image: The green line indicates the object's apparent motion relative to the Earth, and the bright green marks are the object's location at approximately one hour intervals. The Moon's orbit is grey. The blue arrow points in the direction of Earth's motion and the yellow arrow points toward the Sun. Credit: Minor Planet Center. Edit: TW