Scientists using archived NASA data have discovered a strange new kind of galactic beast in the cosmic wilderness. Dubbed "super spirals," these unprecedented galaxies dwarf our own spiral galaxy, the Milky Way, and compete in size and brightness with the largest galaxies in the universe.

Super spirals have long hidden in plain sight by mimicking the appearance of typical spiral galaxies, NASA's JPL reported. A new study, published in The Astrophysical Journal, using archived NASA data reveals these seemingly nearby objects are in fact distant, behemoth versions of everyday spirals. Rare, super spiral galaxies present researchers with the major mystery of how such giants could have arisen. 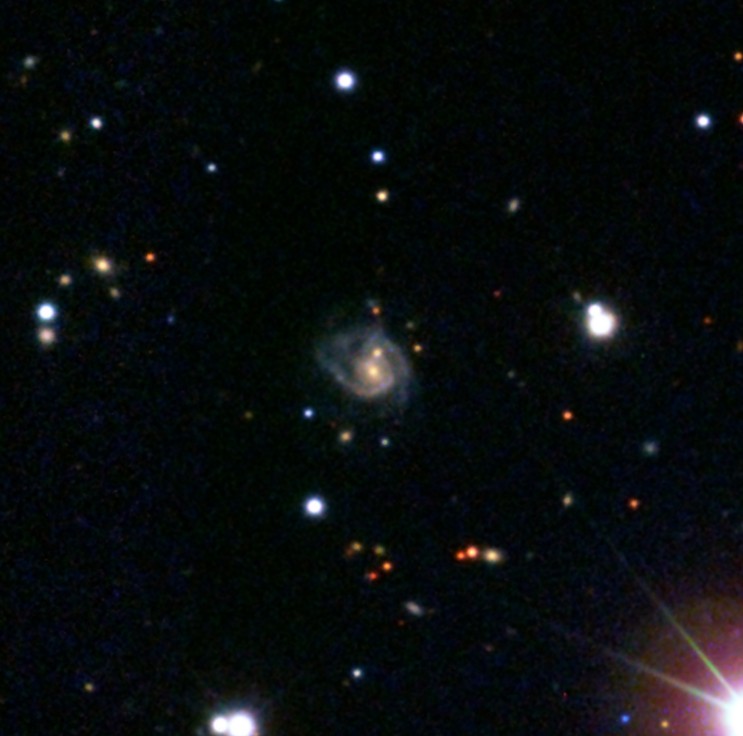 Super spiral cataloged as 2MASX J08542169+0449308, contains two galactic nuclei, instead of just the usual one, and thus looks like two eggs frying in a pan. Credit: SDSS

"We have found a previously unrecognized class of spiral galaxies that are as luminous and massive as the biggest, brightest galaxies we know of," said lead author Patrick Ogle, an astrophysicist at the Infrared Processing and Analysis Center (IPAC). "It's as if we have just discovered a new land animal stomping around that is the size of an elephant but had shockingly gone unnoticed by zoologists."

Ogle and colleagues chanced upon super spirals as they searched for extremely luminous, massive galaxies in the NASA/IPAC Extragalactic Database (NED), an online repository containing information on over 100 million galaxies.

NED brings together a wealth of data from many different projects, including ultraviolet light observations from the Galaxy Evolution Explorer, visible light from Sloan Digital Sky Survey, infrared light from the Two Micron All-Sky Survey, and links to data from other missions such as Spitzer and the Wide-field Infrared Survey Explorer, or WISE. 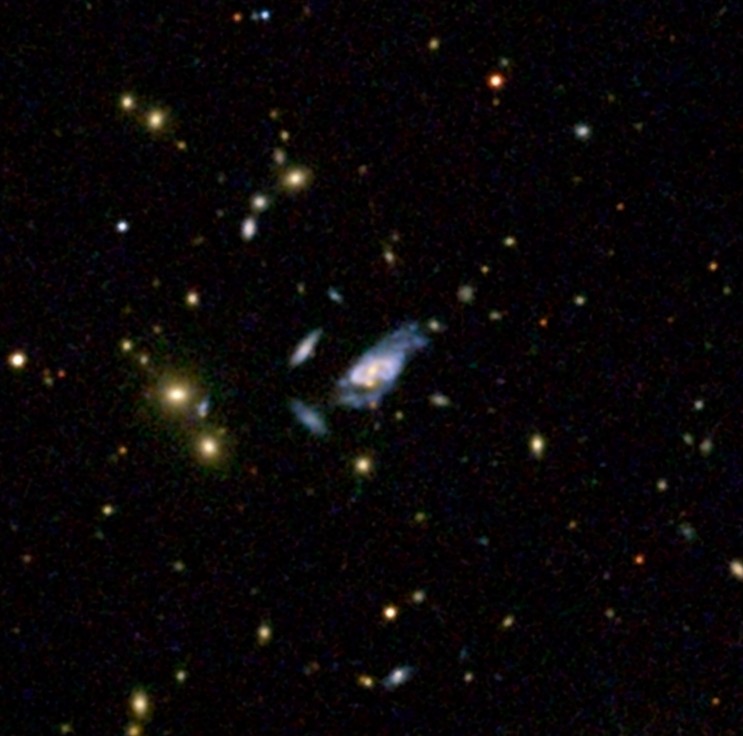 "Remarkably, the finding of super spiral galaxies came out of purely analyzing the contents of the NASA/IPAC Extragalactic Database, thus reaping the benefits of the careful, systematic merging of data from many sources on the same galaxies," said George Helou, a study co-author and the executive director of IPAC. "NED is surely holding many more such nuggets of information, and it is up to us scientists to ask the right questions to bring them out."

Ogle, Helou and their colleagues expected that humongous, mature galaxies called ellipticals – so named for their football-like shapes – would dominate their search within NED for the most luminous galaxies. But a tremendous surprise lay in store for the scientists.

In a sample of approximately 800 000 galaxies no more than 3.5 billion light-years from Earth, 53 of the brightest galaxies intriguingly had a spiral, rather than elliptical, shape. The researchers double-checked the distances to the spiral galaxies and saw that none were nearby – even the closest lay some 1.2 billion light-years away. With the correct distance estimates in hand, the stunning properties of this newfound batch of whirlpool-shaped galaxies came to light. 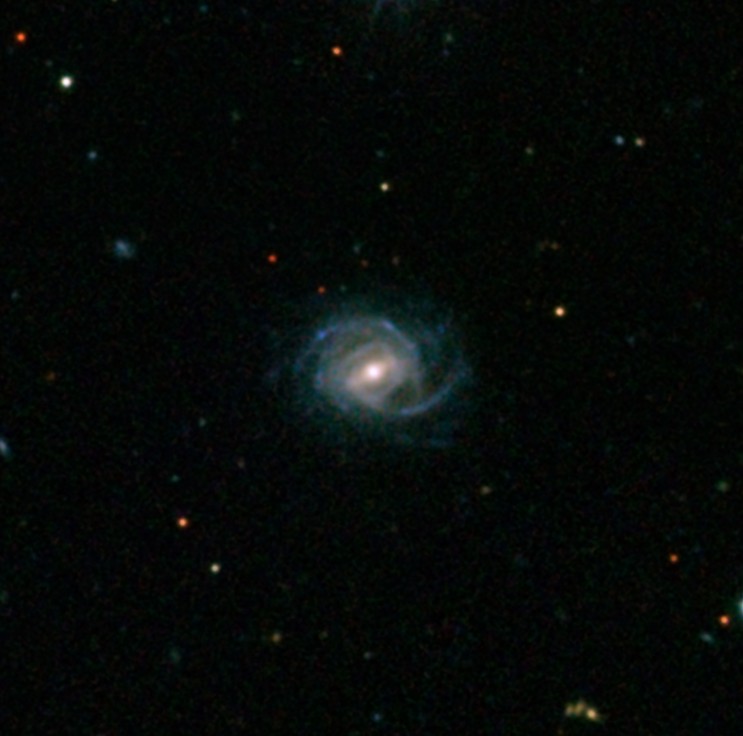 A huge galaxy with the moniker SDSS J094700.08+254045.7 stands as one of the biggest and brightest super spirals. The mega-galaxy's starry disk and spiral arms stretch about 320 000 light-years across, or more than three times the breadth of the Milky Way. Credit: SDSS.

Super spirals can shine with anywhere from eight to 14 times the brightness of the Milky Way. They possess as much as 10 times our galaxy's mass. Their gleaming, starry disks stretch from twice to even four times the width of the Milky Way galaxy's approximately 100 000 light-year-wide disk, with the largest super spiral spanning a whopping 440 000 light-years. Super spirals also give off copious ultraviolet and mid-infrared light, signifying a breakneck pace of churning out new stars. Their star formation rate is as high as 30 times that of our own run-of-the-mill galaxy.

"Super spirals could fundamentally change our understanding of the formation and evolution of the most massive galaxies," said Ogle. "We have much to learn from these newly identified, galactic leviathans."

Featured image: A huge galaxy SDSS J094700.08+254045.7 stands as one of the biggest and brightest super spirals. The mega-galaxy's starry disk and spiral arms stretch about 320 000 light-years across, or more than three times the breadth of the Milky Way. Credit: SDSS.