While Olwyn is expected to make landfall early Friday, March 13 (local time), "Nathan" is making a cyclonic loop near the eastern coast of Queensland's Cape York Peninsula which means it will stop heading toward the Cape York Peninsula and move away from it in an easterly direction. 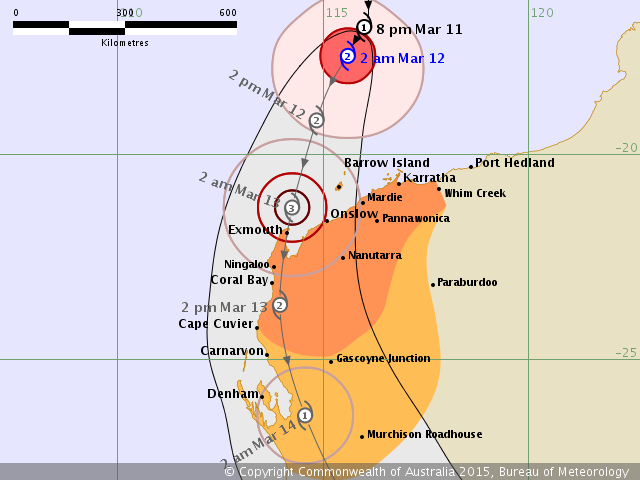 Tropical Cyclone "Olwyn" is currently a Category 2 storm on Australian tropical cyclone intensity scale with sustained winds near the center of 95 km/h (59 mph) and wind gusts to 130 km/h (80.7 mph)

Olwyn continues to intensify as it moves towards the west Pilbara coast. It will be near the west Pilbara coast early on Friday morning (local time) with landfall expected between Exmouth and Mardie and there is the possibility that Olwyn intensifies to a severe tropical cyclone before landfall, Australian Bureau of Meteorology (BOM) said. The system will weaken as it continues to move towards the south, taking heavy rain and squally winds into southern parts of Western Australia.

Residents between Mardie and Exmouth are specifically warned of the potential of a DANGEROUS STORM TIDE as the cyclone center crosses the coast. Tides are likely to rise significantly above the normal high tide mark with DAMAGING WAVES and DANGEROUS FLOODING.

Heavy rainfall is likely to develop over the western Pilbara and northern Gascoyne during Thursday and continue into Friday. Heavy rainfall will extend further southwards on Saturday. (BOM – WA – Warnings) 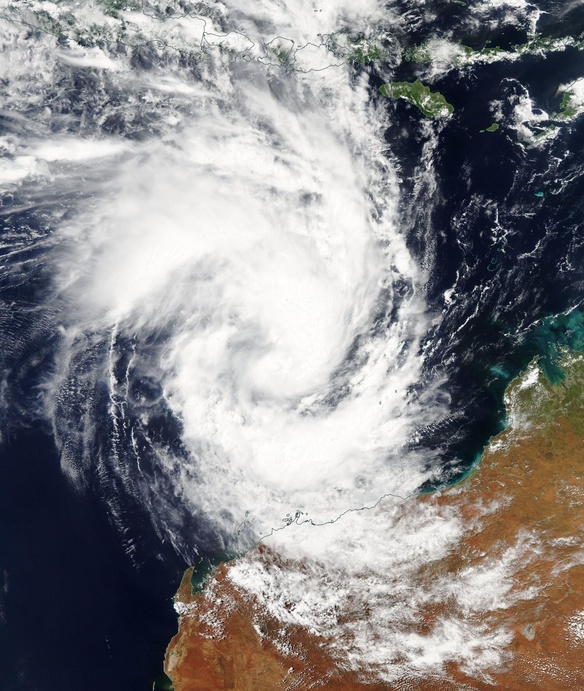 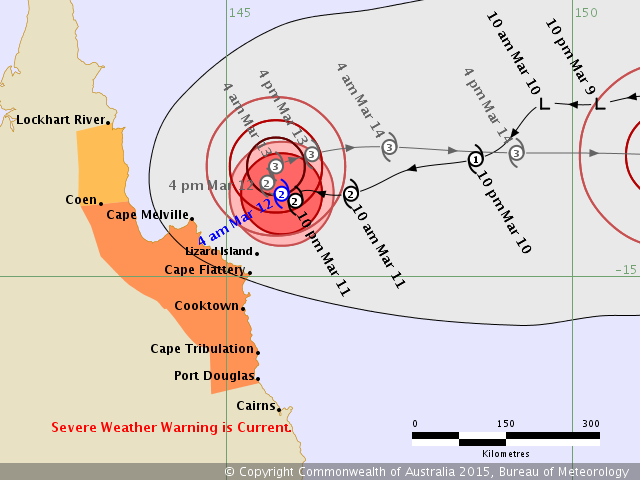 Nathan is moving slowly to the west southwest at 5 km/h (3.10 mph), towards the coast near Cape Flattery. It is expected to slow this movement on Thursday (local time) and ultimately change direction to the east-northeast away from the coast over the next 24 hours.

GALES extend out to approximately 160 km (99 miles) from the center and could develop about coastal and island areas between Coen and Port Douglas on Thursday. GALES could extend north to Lockhart River during Friday, depending on the track the cyclone takes.

VERY DESTRUCTIVE WINDS are expected to develop within 45 km (27.9 miles) of the center overnight tonight (Thursday, local time) and could begin to affect coastal and island areas between Cape Flattery and Cape Melville.

DESTRUCTIVE WINDS extend out to 70 km (43.4 miles) from the center and could develop about the coast and islands between Cooktown and Cape Melville, including Lizard Island.

Areas of heavy rain, which may lead to flash flooding, are expected across parts of the North Tropical Coast and Tablelands and Peninsula districts throughout Thursday. A separate Severe Weather Warning for heavy rainfall and damaging winds is current for parts of these districts.

Abnormally high tides could develop about coastal areas between Coen and Cape Tribulation during Thursday with large waves possibly leading to minor flooding along the foreshore if the cyclone takes a more westward track closer to the coast. People living in areas that could be affected by this flooding should take measures to protect their property as much as possible and be prepared to help their neighbors in case this scenario occurs. (BOM – QLD – Warnings) 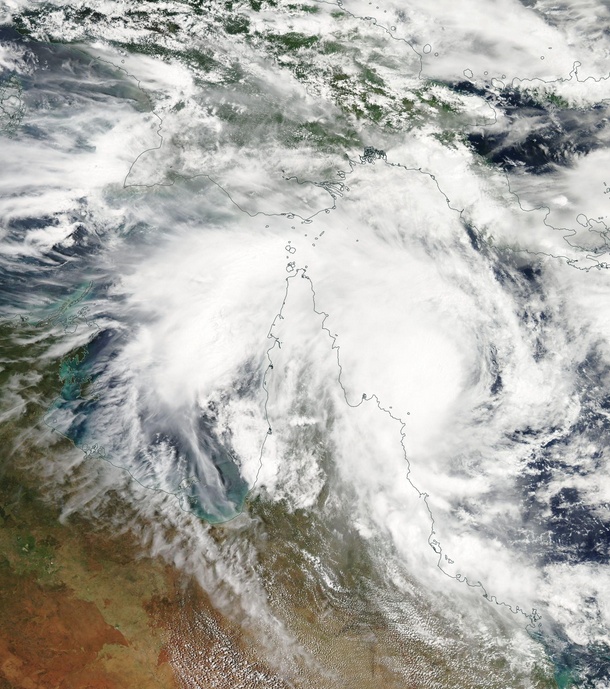 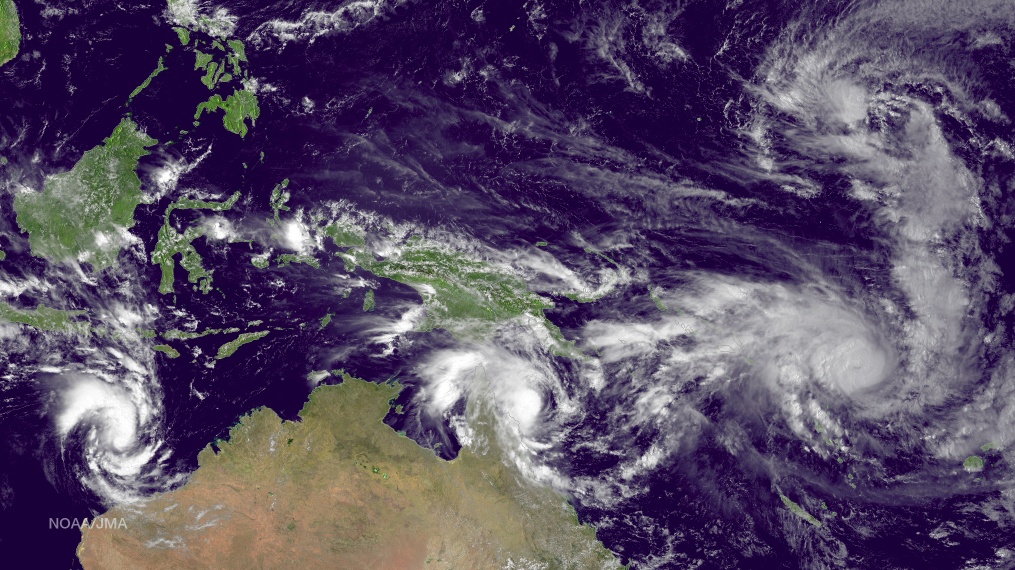