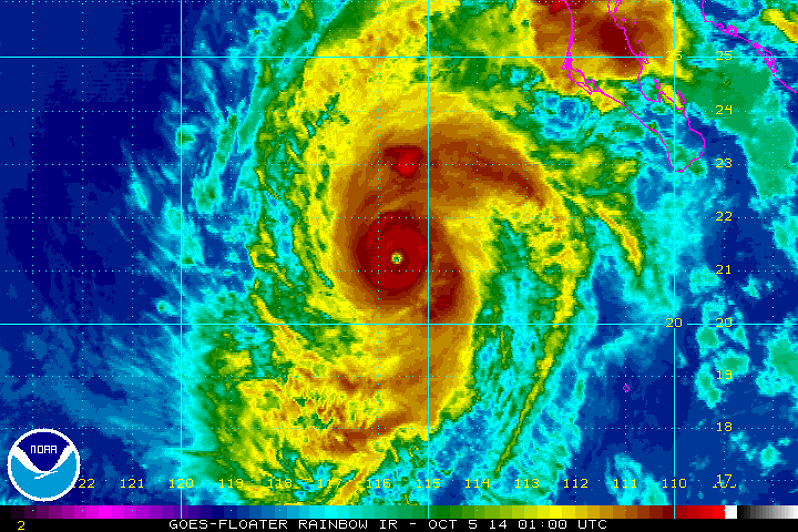 Hurricane "Simon" has become the eighth major hurricane of the 2014 Eastern Pacific hurricane season, according to data from a NOAA Hurricane Hunter aircraft. This ties the record for major hurricanes set in 1983, 1992, and 1993. 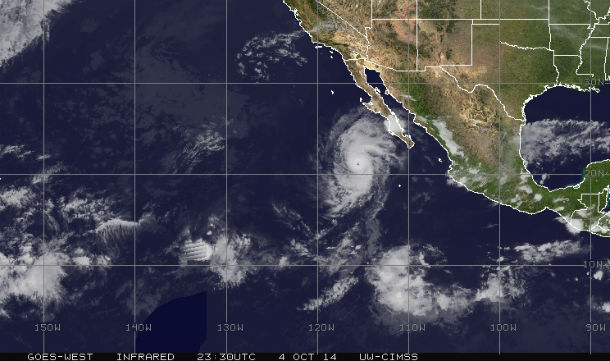 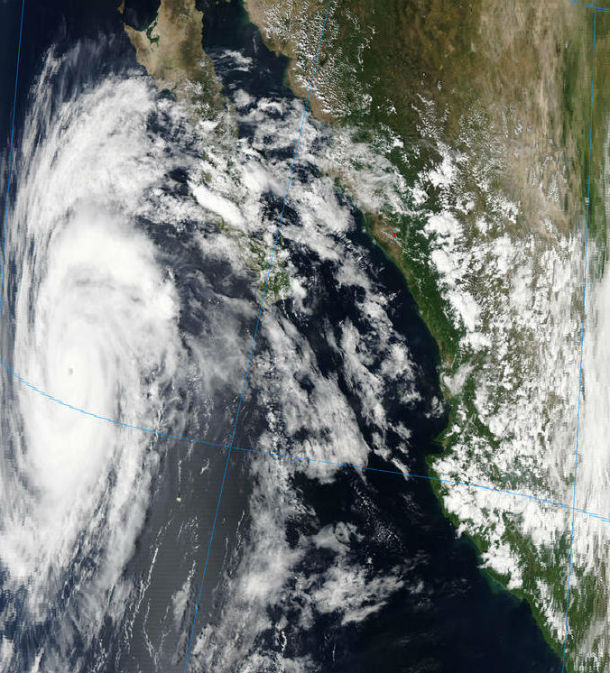 Simon is currently tracking to the northwest away from mainland Mexico, and it is expected to remain well offshore. Swells generated by Simon are affecting portions of the southwestern coast of Mexico. There are no coastal watches or warnings in effect. Simon is expected to track toward the west-northwest over the next several days, with its center likely to remain offshore of the Mexican Pacific coast. The system should weaken in the coming hours due to the cooler water, increasing vertical wind shear and a very dry air mass. 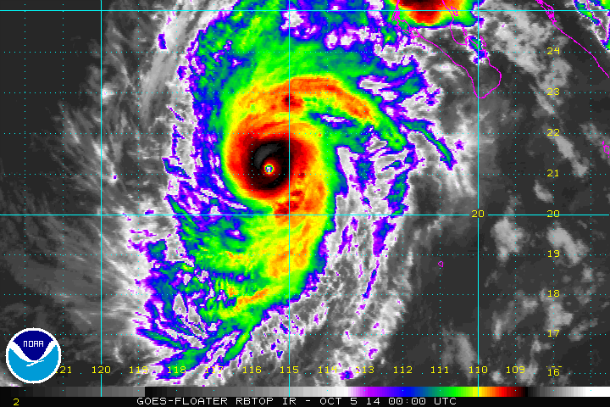 Simon will continue to bring out locally heavy rain, which could trigger flash flooding and mudslides across the middle and southern extent of Baja California. As much as 13 – 25 cm (5 to 10 inches) of rain, as well as locally higher amounts of 38 inches, are expected to fall within Baja, with high risk of dangerous flash flooding and mudslides, including the Los Cabos area, which was hard hit by Category 3 hurricane Odile last month. Large swells and rough surf will create dangerous rip tides and ocean currents along the coast. 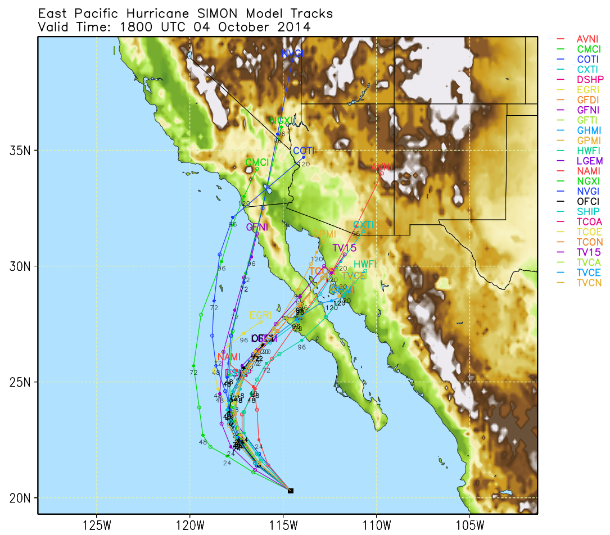