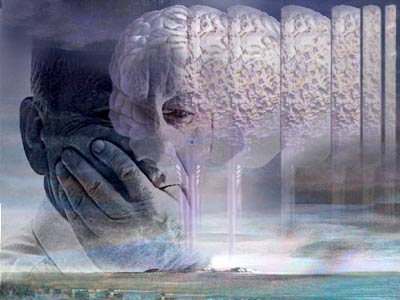 The war on drugs has most people believing there is no legitimate argument for marijuana, causing it to be highly looked down upon and illegal under federal law throughout the United States. But there is an exceptionally large body of research pointing to the positive impact marijuana can have on various health ailments, with recent research revealing a link between marijuana and Alzheimer’s – showing that THC, the psychoactive component of marijuana, may be beneficial for Alzheimer’s patients.

As published in the journal Molecular Pharmacology, a Skaggs Institute for Chemical Biology studyshows that Δ9-tetrahydrocannabinol (THC) both “competitively inhibits the enzyme acetylcholinesterase (AChE) as well as prevents AChE-induced amyloid β-peptide (Aβ) aggregation.” In other words, cannabinoid molecules found in cannabis could halt the progression of Alzheimer’s disease.

Many drugs on the market today address symptoms of Alzheimer’s by targeting and inhibiting the AChE enzyme, a neurotransmitter. This leads to decreased levels of AChE, thereby resulting in reduced symptoms.

The problem with many Alzheimer’s drugs like donepezil (known as Aricept), however, is that they are associated with seizures, among other nasty side-effects. But it isn’t too surprising—donepezil is in the same class of chemicals as many insecticides and agents of chemical warfare like nerve gas.

THC inhibits AChE on par with Aricept, and it even prevents brain plaque buildup—AchE-induced amyloid β-peptide (Aβ) aggregation for the scientifically well-versed. The researchers studied the reduction of Aβ aggregation after administration of donepezil and tacrine, which resulted in 22 percent and 7 percent reductions, respectively. “Compared to currently approved drugs prescribed for the treatment of Alzheimer’s disease,” says study author Lisa M. Eubanks, “THC is a considerably superior inhibitor of Aβ aggregation, and this study provides a previously unrecognized molecular mechanism through which cannabinoid molecules may directly impact the progression of this debilitating disease.”

This is hardly the first time research has shown that marijuana fights the very disease it’s been accused of causing. Dr. Sean McAllister’s research at the Pacific Medical Center in San Francisco answers the age-old question: Does marijuana cause cancer? He shows that cannabidiol offers hope of a non-toxic therapy that could treat aggressive forms of cancer without any of the painful side effects of chemotherapy. Let’s not also forget about Mike Hyde, the father who helped his 3-year-old son beat brain cancer with oil from marijuana.

Alzheimer’s on the Rise

While the link between marijuana and Alzheimer’s may be exciting, not everyone has access to such a controversial treatment. And the escalation of the disease rates is not slowing – Alzheimer’s incidence is projected to triple over the coming 50 years. While we know that Alzheimer’s is primarily caused by an overall unhealthy lifestyle made up of a poor diet and lack of exercise, researchers are looking to see if stress is one of the factors that affect one’s risk of Alzheimer’s. Seeing as stress wreaks havoc on the immune system, there is no doubt that it also helps to breed Alzheimer’s.

So what else can you do to prevent the health condition? Shifting to an overall healthy lifestyle is the best option, but there are specific measures to take as well. Consuming foods rich in vitamin E can help prevent the health issue, while a direct relationship has been made between coconut oil and Alzheimer’s as well – a relationship that should not be overlooked.