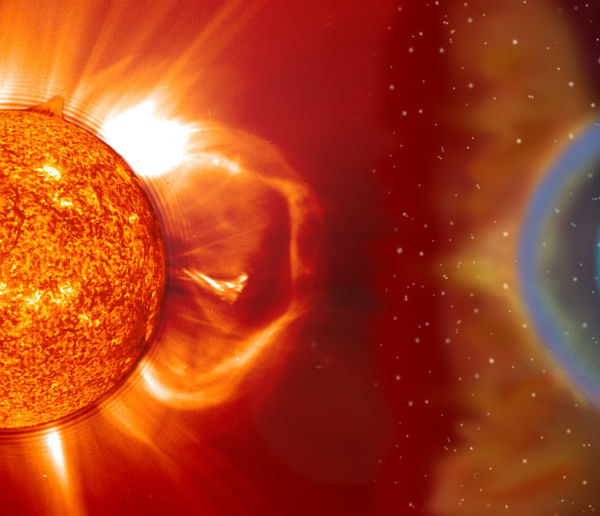 Sunspot 1504 poses a growing threat for Earth-directed M-class solar flares and continues to expand into a large-sized sunspot cluster. Now spans the size of at least 4 planet Earths.

It erupted in southern hemisphere on June 13th at 13:19 UTC, producing a long-duration M1.2 solar flare and hurling a CME into space. The event lasted nearly 2 hours and was responsible for a Type IV Sweep Frequency Event and a 10cm Radio Burst (TenFlare). According to analysts at the Goddard Space Weather Lab, the cloud will deliver a glancing blow to three planets: Venus on June 15th, Earth on June 16th, and Mars on June 19th.

This animation shows the likely progression of the cloud: 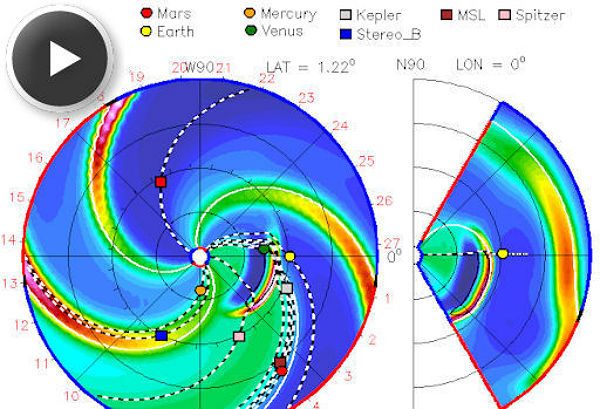 There are no large coronal holes on the Earthside of the sun. NOAA forecasters estimate a 25% – 30% chance of geomagnetic storms when the cloud reaches Earth. High-latitude sky watchers should be alert for auroras. 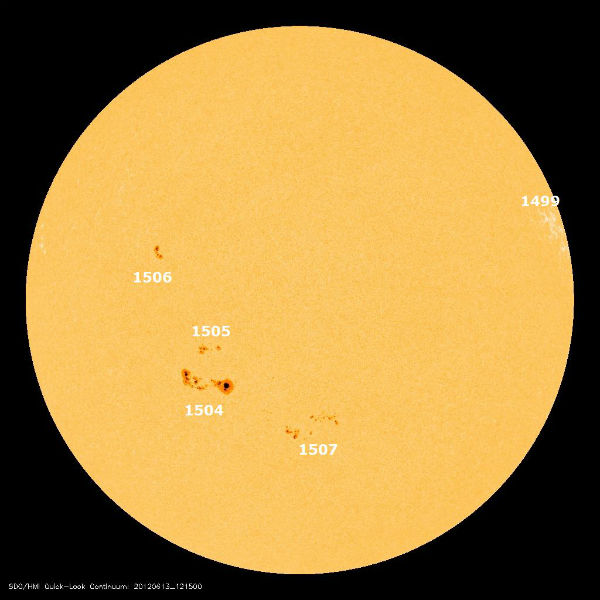 Regions 1506 (N11E38), 1504 (S17E28), and 1507 (S27E02) were the most active regions on the disk. Each region was responsible for multiple C-flares during the period. The largest of these came from Region 1506 which produced a C2 flare at 12/0315Z. All three of these regions have shown signs of growth. There were no Earth-directed CMEs observed during the period. Solar activity is expected to be low to moderate. There is a chance for an isolated M-class event from Region 1504.

The geomagnetic field ranged from quiet to minor storm levels. Minor storm levels were reached from 11/2100Z to 12/0300Z. This was followed by an active period from 12/0300Z to 12/0600Z. Solar wind observations indicated a sustained interval of negative Bz from 11/1500Z to 12/0200Z with peak values around -10nT. In addition, the data indicated a solar sector boundary crossing starting late on the 11th.

Geomagnetic activity is expected to be quiet to unsettled on day 1 (June 13). Quiet levels are expected for 14-15 June.